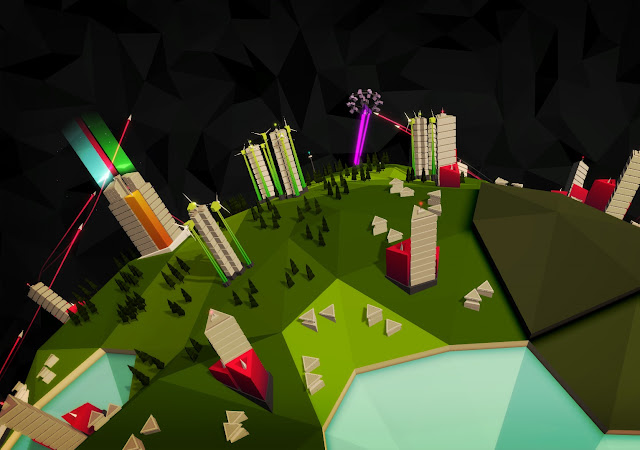 Strategy games that focus on the future wars that humanity will fight over over the scarce remaining resources of the planet are becoming more common, and with good reason. Those wars, when they come – and so long as the world continues on the current capitalist trajectory, they will come – may very well be the most likely contender for the genuine apocalypse, and so many of the games that hone in on this theme do have an appropriately downbeat, apocalyptic theme to them. The latest example of the theme in action is Element, which aims to make complex strategy structures simple, and simmer hours-long strategy game campaigns into something you can play in minutes.

Element takes around five minutes to learn how to play. It’s a real-time strategy game in which you can build three different types of buildings; resource-gathering, attack, and defence. The kind of building that you construct, however, is contextual. If you build on a piece of land, then it becomes an immovable ground structure, but if you were to build a second time on that land, you’ll instead launch a satellite that slowly moves around the map, performing the same functions. In addition to this, you can build repair drones, which can fix up damaged buildings, and launch attack missiles to directly target enemy buildings (these attack missiles can be shot down with adequate defensive structures).

The goal of the game is simple; build mines over a scant few critical resource points, collect more than 50 per cent of that precious resource, and then destroy the enemy headquarters. Within that, there’s a lot to consider. You’re not restricted in where you can build at any point in time, so you need to be aware of what your enemy is doing to set up attack and defense options across the whole map at all times. This is made challenging since maps are spherical globes, so while you’re focusing on one point on the “planet”, you’re also going to be blind to what’s happening on the other side. You need to carefully protect your own base, but with a heavy limitation on how many buildings you can have in operation at once, you also need to take calculated risks and, critically, work really fast to get in, collect the resources, destroy the enemy base, and get out before momentum shifts their way. 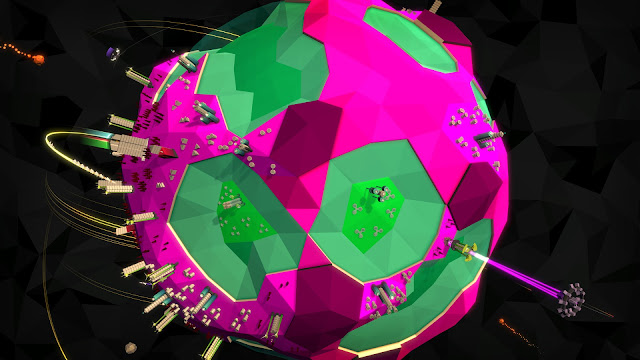 All of this is presented through a slick, cold, science-fiction interface. Element has its issues (which I’ll get on to in a moment), but what kept me playing this one is its razor-focus on the theme. There’s such a sense of brutal efficiency in the work that you do in the game; exploit the materials, kill everyone else quickly, and get out, that it works incredibly well as a deconstruction of the conditions that lead to these conflicts. There’s no room to share resources in the wars that Element depicts, and while the game never goes as far as to show the impact of that in process, it’s all-too-easy to visualise the impact on people or the environment of two dominant corporations launching swarms of missiles at one another to establish a complete monopoly. If Star Trek depicts an overall utopic view of the future of humanity, Element is violently dystopic, and the clinical cold of the art direction and gameplay reinforce that view.

For the most part Element works as a strategy game too, though on the Nintendo Switch’s handheld screen, some further optimisation would have been appreciated. Units can be a bit small on the screen, especially once missiles and drones start adding to the “busyness” of it all. I found it a little difficult to keep track of what’s going on, and which units belong to which side. This is especially true given that you’ll generally not have time to stop and think; after the first minute or so, you’ll be so busy rotating around the planet trying to balance out resource gathering with base defense and building towards an offence on the enemy’s HQ that you’ll be wishing for a more informative interface.

There are some technical issues, too. Loading times are far too long for levels that last such a short time. Generally speaking that’s the kind of issue that doesn’t bother me, but here it was an unfortunate disincentive. I also found the lack of levels disappointing. Element’s not easy, so there were a fair few times I needed to replay levels to complete them, but the inventive to replay levels just isn’t there. This could have been resolved with a decent multiplayer or score attack mode, but neither of which are present. 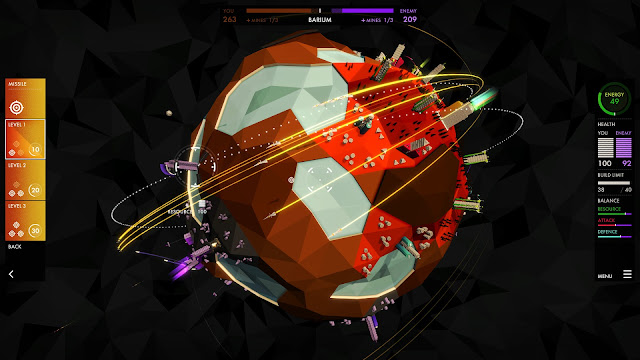 This too would have been fine if the game was more story driven. Despite the strong theme and environmentalist narrative, Element doesn’t have much by way of story to justify the “no multiplayer, no ‘gamey’ features like high scores” approach. As a result, Element feels more limited than it needed to.

There’s plenty to like about Element. The game’s stated goal was to distil down the strategy game to something that still felt grand and “complete” in scope, but was playable for a few minutes at a time. It achieves that, and at the same time gives players a compelling look at a theme that is quite pressing, as the world looks towards an era of depleted resources. But it’s also hard to push past the feeling that there should have been more to this one.

It’s a The World Ends With You media blow out!