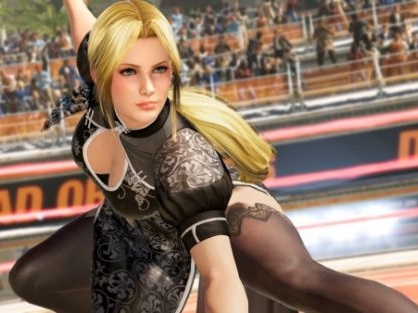 Koei Tecmo has announced Dead or Alive 6. We all knew it was coming, but now we have a trailer and stuff. And it looks good.

Weirdly enough, though, it doesn’t focus on the sexiness, which is, of course, Dead or Alive’s hallmark. Instead, from this trailer, there’s blood and stuff, and the women are dressed… conservatively, but this franchise’s standards. Is that because Koei Tecmo has made this trailer to tap into the western market’s interest in games around E3? Or is it a toning down of the series as a whole? Either way, you can be sure the DLC costumes and the like won’t be so circumspect.

What is exciting to see is just how good the character models are. Even at this stage, they’re better than any other fighting game out there. We’re also promised new characters, though the reveal trailer only features six returning characters: Ryu Hayabusa, Kasumi, Hayate, Helena, Jann Lee and Zack.

So we can now settle in for the inevitable drip feed as we wait for Koei Tecmo to announce characters we actually care about – like Marie Rose – and the inevitable swimwear reveals. Hopefully Koei Tecmo makes good on that Hatsune Miku collaboration the company teased a few years ago, too. She’s gonna look gooooooood.

Taiko the Drum on Nintendo Switch is coming in English