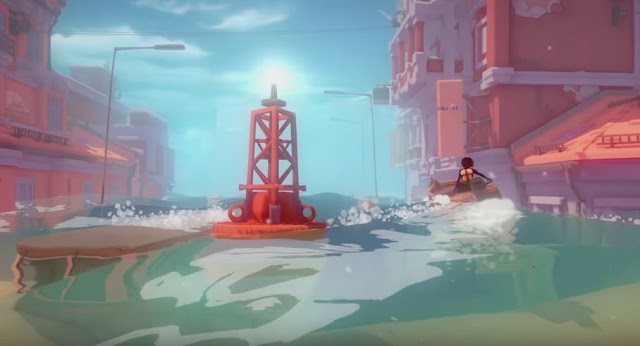 A day before E3 I saw a tweet jokingly asking that the only thing they want to see at this year’s convention was genuine human emotion. Thanks to Cornelia Geppert and Jo-Mei Games, the team behind Sea of Solitude, we not only got that, we got it in EA’s press conference out of all places. Sea of Solitude tells the story of Kay, a young girl whose intense loneliness causes her to start morphing into a monster, and whose negative emotions plunge a city underwater. The player must guide Kay on her boat through a flooded recreation of Berlin, avoiding other monsters and trying to come to terms with her emotions so that she can become human again.

With a premise reminiscent of many high-profile art-games such as Hellblade, Shadow of the Colossus and Silent Hill, Jo-Mei Games deliver a highly convincing world filled with emotion and deeper meaning. This is rearing up to be a game filled with metaphor, where negative thoughts become wild animals and hopelessness looms like bad weather obscuring your vision. Creative director Cornelia Geppert describes the game’s story as a personal one, using the fantasy landscape to represent her own experiences of loneliness, and learning to recover from dark patterns of thought. As Geppert expresses, “to embrace even your destructive part, or your self-doubt, in the same way you embrace your joy… this is what being human is all about”. 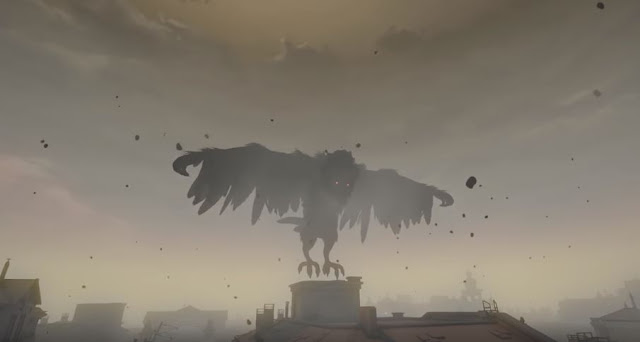 Sea of Solitude follows Zoink’s Fe and Hazelight Studios’ A Way Out on the publisher’s indie focused EA Originals label. I’m usually very sceptical of EA’s forays into indie publishing, but it’s been working for them so far – we’ve seen a willingness to let developers experiment, which is certainly not a hallmark of the company in previous iterations. I certainly didn’t expect the company to take five minutes of its presentation to let a small studio talk about their personal story with game development, especially when that time could have been easily spent pushing their heavy first party content. For Sea of Solitude, I’m cautiously optimistic.