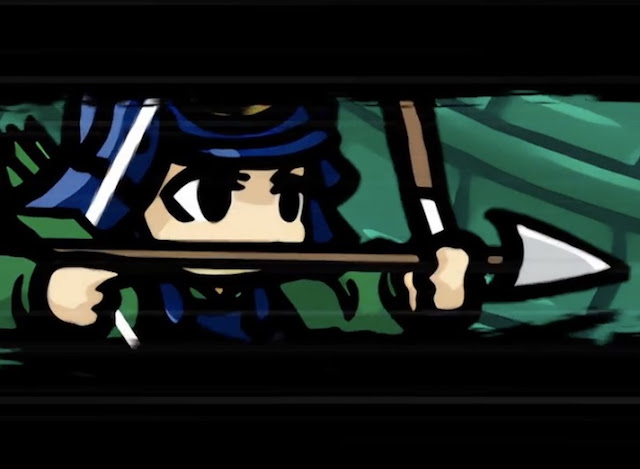 Samurai Defender is the kind of aggressively pointless experience that I find frustrating beyond all else. There’s nothing wrong with it, but it’s also not memorable in the slightest, and while I don’t expect every video game ever made to be a masterpiece, I do think developers should put more effort in than they have with this one.

As the name suggests, Samurai Defender: Ninja Warfare is set in Japan. The sengoku period, to be precise. Your job is to defend a castle’s walls from an attacking horde of enemies. To do this, you’ve got a couple of tools at your disposal. The most persistent of these is an archer (which you can later upgrade to multiple archers), who standards on the top of the wall and you can control where he fires arrows – naturally the goal being to direct arrows into the faces of the enemies.

On top of this are a few limited use powers, activated by using a “mana” resource to summon a range of different units to help you defend the wall. The first ability you’ll earn will summon a couple of solders, who will then move across the screen and attack anything they come against. The second ability summons a carpenter, who will repair your walls if enemies have damaged them. And so on and so forth. All of these abilities can be upgraded using cash that you earn from levels. 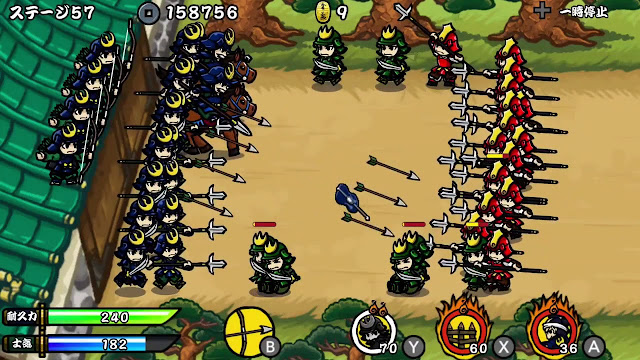 The enemy roster ranges from melee to ranged, and the bosses, which generally have a lot of health and can do a lot of damage to the wall with each attack. As long as you keep levelling up with the cash you earn, though, it’s only really the boss who’s going to pose a genuine threat to your walls. And this is one of the biggest problems with Samurai Defender; because it has been designed to be so simple, there’s no way that the game can offer strategic depth or complex challenges, so success in a level does depend entirely on whether you’ve got your stuff levelled up enough. If not, just replay older levels over and over again to grind up cash so the next one becomes a cakewalk.

Samurai Defender has no narrative, and this is really disappointing. The game’s bosses all take their names from Sengoku-era warlords, but aside from their different visual designs, there’s nothing of substance to distingish them. The game has no sense of place nor drama, and the game could be set anywhere in Japan. None of the normal characters have any sense of personality either – their movement across the map and their attack animations are all purely functional. Otherwise they wear the most vacant expressions on their faces, like an actor calling a performance in.

This is all a giant pity, because there is some talent behind the game. The functional art assets are colourful and bright, and could have been easily turned to something engaging. Similarly, it would have only taken a little bit of dialogue and storytelling to make those boss battles all the more exciting and justify why the bosses are named after great warlords.That small effort would have really elevated the core action by giving players a real reason to keep pushing on. 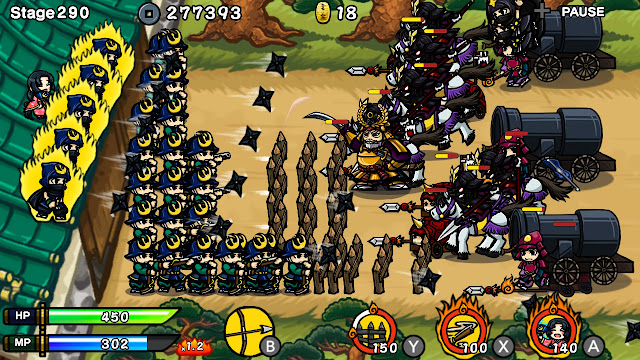 I wanted to be more engaged in Samurai Defender. It takes place in one of my favourite periods of history, and we’ve got plenty of reference examples of games handling this era well – everything from Nioh and Samurai Warriors to Muramasa, Onimusha, Nobunaga’s Ambition and Tenchu. All of those games or franchises offer enjoyable gameplay, but just as importantly, a sense of history and place to give the gameplay context. Samurai Defender looks like it should be more than it is, but never gets there, and feels overwhelmingly shallow as a consequence.