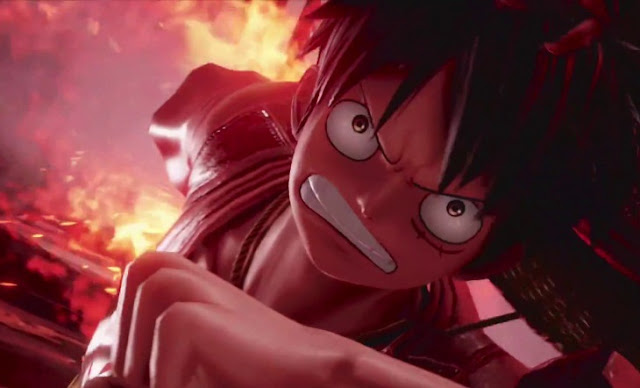 That J-Stars Victory VS got a worldwide release was a miracle. Watching decades of manga characters from Shounen Jump magazine duke it out is the stuff dreams are made of. Despite the all the ingredients for delicious fanservice seeming to be in place, though, our editor-in-chief felt Victory VS was a swing and a miss.

Fast forward to Microsoft’s E3 presentation and the newly unveiled Jump Force has the opportunity to right past wrongs. From the get-go, this game’s story premise takes center stage. The worlds of Jump characters are falling apart and converging into a single place…that is, our world. As such, we’ve already seen Luffy from One Piece pull a Spider-Man and swing from an American flag. Watching Frieza rain hellish destruction is nothing new, but seeing his blasts level the buildings of New York City is odd indeed. Other real-world locations such as Matterhorn will feature here, lending a very different atmosphere to the fighting as a result. From what little we know, the game already seems more cohesive and ambitious than its predecessor, bringing that sort of childhood fantasy to life.

The usual faces you’d expect are here – Goku, Luffy, Naruto – but the fact that Light Yagami and Ryuk from Death Note were shown is fascinating indeed. This could imply either a gimmicky playable appearance for the pair (a daring choice given that both Light and Ryuk deal very slow, indirect damage via their otherworldly notebooks) or a greater emphasis on story cutscenes ala the recent Dragon Ball FighterZ. It also makes me pine for appearances from Yugi and Kaiba, who sadly got neglected last game despite their immense popularity. A demo on the show floor did reveal Roronoa Zoro, though, and you could say he’s a cut above the competition.

Even if this simply winds up being a mediocre J-Stars 2.0, the fact that it has new characters, refined gameplay, and is built for more modern hardware will still appease a certain niche. Expect to see the game launch in 2019 on Xbox One, PS4 and Steam.