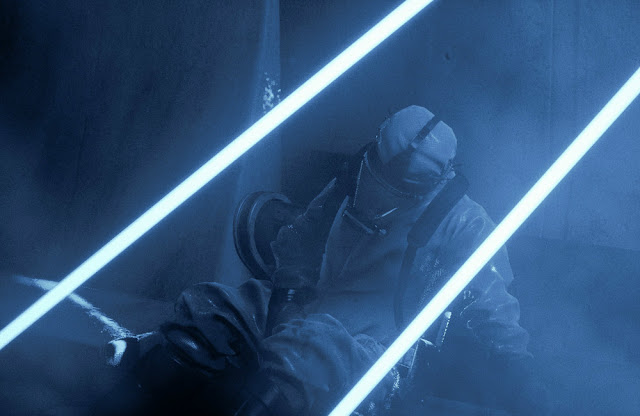 A few years ago, developer Nilo Studios released a bizarre, brilliant game called Asemblance. Drawing inspiration from things like Twilight Zone and Black Mirror, it told an surreal, fragmented story about mixed memories and identity crisis. Perhaps the more interesting thing about it, though, was the way it defied typical game conventions. The puzzles involved in getting to the game’s “true” ending are so abstract that it’s practically impossible for a single person to solve alone. Instead, completing the game became a community effort (at least in its first couple of weeks, before people published walkthroughs and such). The way that all tied into the game’s themes of scientific endeavour and an obsessive search for truth was fascinating.

Related reading: My review of the first Asemblance goes into a lot more detail about its abstract puzzle design and how it ties the whole game together. Give it a read.

Now, Nilo’s back with a sequel, called Asemblance: Oversight, and the good news is we won’t have to wait long—it’s coming out on 15 May for PlayStation 4, Xbox One, and PC. In a post on PlayStation Blog, the developer said that this new will focus on scientific and corporate ethics. “With that as a backdrop, we decided to tell the story through the eyes of multiple characters working on a government project to replicate the human mind, using a memory machine built on an ethically questionable design. From there, we were able to explore the philosophical, psychological, and physiological debates surrounding the human brain, as well as the ethics of testing such an experiment on real subjects.”


True to the studio’s form, Nilo built an alternate reality game into Asemblance: Oversight’s first trailer. Once again, it took a community effort to solve the puzzle; if you want to see how, Twitter use @RyouShyin outlined the trail that the community followed. (Alternatively, just skip ahead to the prize—and yes, this was shared publicly by Nilo after the puzzle got solved, so I’m not spoiling anything by linking to it here!) One thing’s for sure: if you have any interest in Asemblance: Oversight, you’ll want to pick it up on day one, because being part of that initial wave of community-based problem solving is an experience unlike anything else.