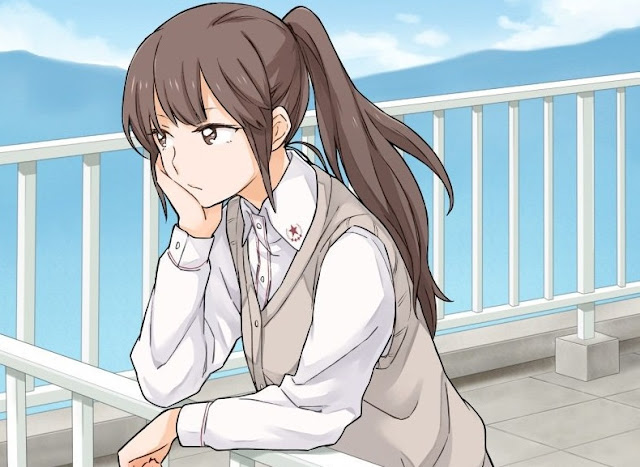 A number of Japanese developers (predominantly visual novel developers) have been getting notices from Valve to the effect that their “game features pornographic imaging, and this is in violation of Steam’s rules”. If the developer doesn’t fix its content, according to the note, their game will be ripped from Steam.

There’s a couple of things to unpack here. Firstly, there are indeed a lot of anime visual novels that feature content that can only be called pornographic. Secondly, that content is generally not in the game’s Steam version. One workaround that these developers have to Valve’s already-strict content guidelines is to produce a “censored” version for the purposes of Steam, and then allow consumers to separately download a patch for the adults-only version on a third-party site that isn’t Steam. It would seem that Valve’s issue here is with those patches, as official and endorsed patches by the developer.

Thirdly, many of the games affected by this have already been on Steam, in some cases for years, making Steam’s actions very much a “crackdown.” Finally – and most importantly – western games that feature sex scenes (such as The Witcher 3 or GTA), or complete nudity (Conan Exiles, which Steam has been actively promoting as it has been sending these notices out to Japanese developers) seem to be unaffected at this stage.

That inconsistency in the application of Valve’s rules is what’s most concerning. Valve, as a platform holder, is well within its rights to restrict any kind of content that it would like. If Steam truly wants to ban adult content, then it can, and it’s incumbent on another platformer holder to come up with a rival alternative that allows for adult content instead.

But Valve isn’t banning adult content. Conan Exiles and The Witcher 3 will continue to be sold uncensored on Steam despite being filled with nudity and sex. And that’s before we even get to how adult hyper-violent games are. No, Valve doesn’t care about highly adult content being on its platform. Instead, Valve is selectively applying its rules to developers and publishers that it is actively choosing to find moral issue with. And when we look at the common thread that the developers and games that are being censored share, one thing explicitly stands out:

These games come from Japanese developers, or are designed to emulate a distinctly Japanese aesthetic.

That, right there, is racism. Actively discriminating against another culture (and art is culture), is racism. You don’t have to like that art yourself, play it, or actively support it. But to try to actively repress it is another matter entirely. And from Valve’s perspective, to argue that a type of Japanese game is unfit for a platform when games by western developers that cover the same kind of content is nothing short of targeted discrimination of a specific form of art from a specific culture. That is racism. Explicitly so.

What’s worse than that, however, is that Valve won’t suffer in the slightest for this. Even the supposedly progressive people out there will continue to use Steam because it is a convenient and rich platform filled with games to play. Morality doesn’t matter when the Steam sales pop up and you’ve got a pile more games to add to the backlog. Even people who like adult games and are upset at Steam for the harm that it’s threatening to their favourite developer’s businesses will go elsewhere to buy those games, before returning to Steam for everything else.

It’s really quite disappointing that Valve gets away with this stuff, but it’s more disappointing that the people who should care more about it, don’t. Taking a stand against racism shouldn’t be only when it’s convenient to do so. Taking a stand against racism does sometimes involve making sacrifices. So long as Valve is actively discriminating against Japanese developers and publishers, and not even being subtle about it, people who care about racism in the games industry, whether they actually play these games in question or not, should be leaving that Steam app on their desktops firmly closed.