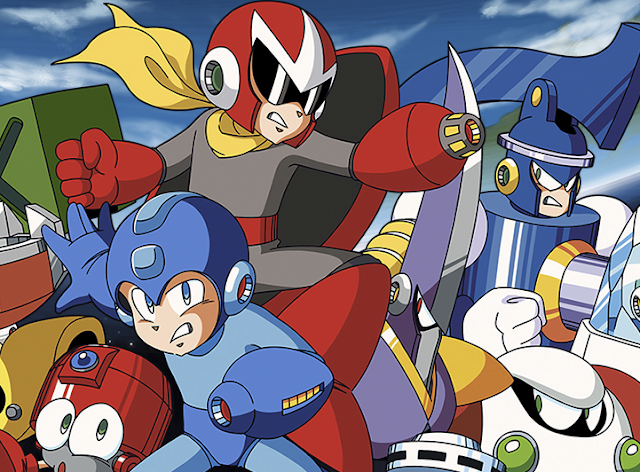 The second Legacy Collection contains Mega Man games 7 to 10. Of course, this is two less games than the first collection. However, the games were released on later hardware and contained more elements than the original six so there is still plenty to do in this one.

Mega Man 7 and 8 are not generally remembered as fondly as the original six. A number of factors, including the fact that Mega Man X had been released and was superior to Mega Man 7, contributed to this. Mega Man 7 and 8 are still very solid games and made solid attempts to add story elements to the Mega Man series, which was important in the ongoing evolution of the character and franchise.

While Mega Man 1 to 6 utilised the same sprites for the whole series, Mega Man 7 and 8 use more anime inspired artwork for their sprites. They look fantastic, though in Mega Man 7, the sprites are quite large so levels tend to feel a bit smaller than the rest of the series. 8 has similar sprites to 7, though it is zoomed out, making the levels feel more classic in terms of design and scope. 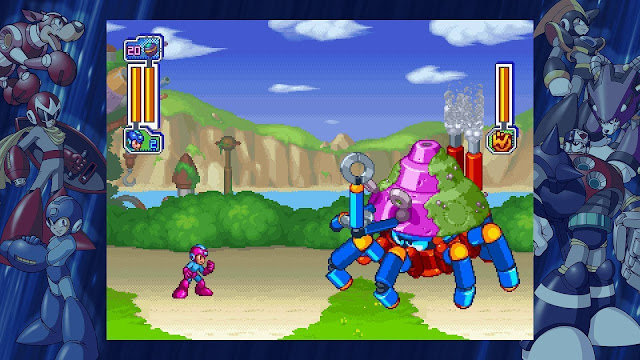 Overall, as Mega Man 7 was released on the Super Nintendo while Mega Man 8 was released on the PlayStation, they do feel like natural evolutions to the formula that was established in the first six games. Fan favourites Bass and Treble are introduced, vehicle sections add a mix of gameplay styles and the introduction of a shop for Mega Man to buy items to make life easier are all elements that took Mega Man to that next level.

Mega Man 9 and 10 are the other two games in this collection. Many people view these two titles as a return to form for the Mega Man series. The games are tremendous, though I personally think the Mega Man series was never really that out of form to begin with. The games go back to the painfully difficult platforming of the original six games, even perhaps ramping it up more than those games. They both play on the nostalgic feel of the original Nintendo games, with sprites and physics being ripped straight out of those games. The games control greatly but do have some issues when it comes to fairness in level design. Like the first Mega Man game, there are times where you are jumping over pits, only for an enemy to fly into you from off-screen, giving you no time to react.

The player can also unlock Proto Man in Mega Man 9 and 10, as well as Bass in Mega Man 10. These offer different styles to play through all the levels again. As Mega Man had his slide inexplicably removed, this useful move has been given to Proto Man and Bass. Bass can also fly briefly with Treble and Proto Man gets a charge shot and beating the games with all characters offers up yet another challenge in those games. 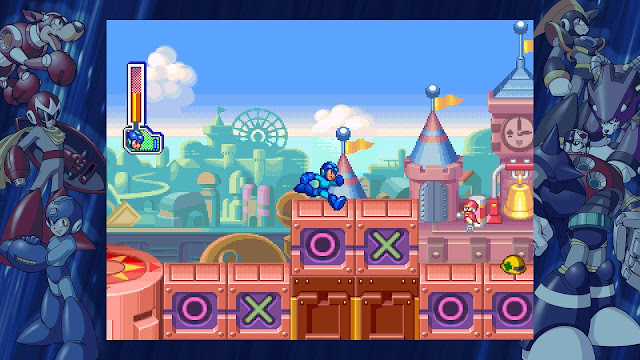 Possibly due to emulation restraints, the rewind feature from the first collection is nowhere to be found in any of these games. I am not an expert in hardware emulation, but I assume it would be difficult to store enough gameplay to rewind, particularly in Mega Man 8, as it was a PlayStation title. There is also no way to save wherever you are like in the first collection either, instead the game uses a checkpoint system. There really is no super easy way to finish these ones, it will indeed take all of your skills as there have been no emulation tricks to hold your hand.

Challenges make a comeback though and are very similar to the first game. Again, they come in various forms, such as a mash-up of different levels, boss rushes or staying on platforms for as long as you can. Again, the Mega Man amiibo unlocks additional challenges that can’t be found in other versions of Legacy Collection 2.