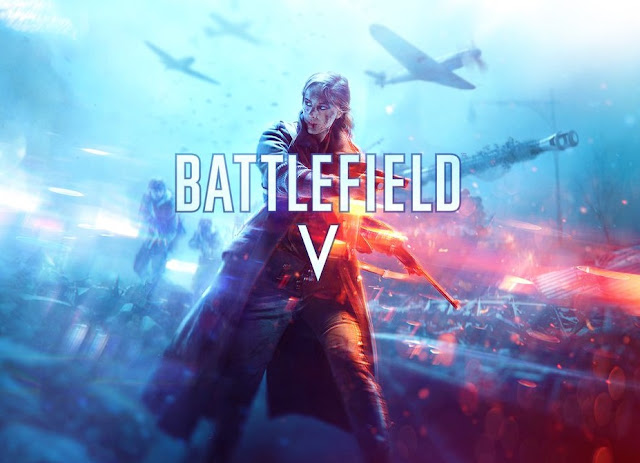 So of course the big new AAA-industry news had to happen while I was on my flight back from Japan. EA revealed Battlefield V, with the news that it will be based on World War 2, and it has a woman soldier in the promo art, which of course caused a meltdown among certain parts of the gaming community.

There was a barrage of “it’s not historically realistic” or “it’s too SJW” nonsense, which are silly arguments, since they overlook that a near infinite number of compromises in what happens in real-world war need to be made to turn these things into a video game in the first place (you don’t just respawn when you die in a real war, kids). Those people were also factually incorrect since women did in fact participate in World War 2 on any number of levels, and all of this is a simple Wikipedia search away.

On that level, credit needs to go to EA and DICE for being willing to do what it knew would create a backlash in order to put a woman on the “cover” of its art for the game so far. Women’s stories are undertold in military war shooter games, so the fact that this game looks set to make one front-and-centre is an impressive move that has the potential to bring these endless shooter video games something genuinely different.

But of course all of this immediately drowned out any other conversations that we could have about Battlefield V, and, as with just about every other military shooter based on real war that has been produced so far, there are serious conversations that we need to have about the way these games depict war, and I would be absolutely shocked if EA was any different to par for the course in this regard.

I wrote about as much when I wrote about Call of Duty: World War 2 last year; the way that these games promote and support a mixture of nationalist war revisioning and military hero worship is unsavoury and concerning, to say the slightest. The side you’re on is filled with infallibly heroic men (and now women), holding back the tides of absolute darkness. Nothing that you get up to falls outside of what is morally justified in defeating that evil, and the narratives of these games are never set up for you to question the motives and actions of the characters. In other words, these games act as propaganda, designed to present a specific world view in which one side is always right, and the other side are nameless, faceless, absolute villains.

It’s easy to do that in World War 2, because the atrocities that the Axis got up to are unforgivable and the popular narrative around World War 2 was the combined efforts of the rest of the world to put a stop to those atrocities. There’s no disputing that, and certainly I – and just about everyone else – would be far more uncomfortable were a developer to create a game that was sympathetic towards that side of the war.

But here’s the rub; the “good guys,” or the allies, were not infallible. In fact, a great deal of what “our” side got up to in the war is incredibly questionable. Books have been written about the way the soldiers on the Allied side indulged in a lot of rape in the territories they captured – behaviour that popular media generally attributes to the losing side exclusively.

Furthermore, modern propaganda and revisionist history places Churchill as an all-conquering source of inspiration and bravery through the war (and he was), but ignore the many – many – less desirable traits that he – and the United Kingdom – expressed through that time. Particularly the way the Kingdom used its colonies. Over in the Pacific War, the Americans deliberately dropped nuclear bombs on civilian populations rather than military targets (a war crime that America has since used as an excuse to engage in military action of its own in places like the Middle East following WW2), and the need of those bombs at all is highly disputable – with the USSR having wrapped up its war in Europe, it was escalating its own efforts in the Pacific, and it would seem that America dropped those bombs as much to prove its might before the war was over, rather than as a way of finishing the war.

Finally, for all the talk of the atrocities that were conducted in the name of science by Axis nations (and there were many), the Allies were overly keen to pardon a lot of those scientists and the generals that oversaw this in order to obtain exclusive access to the research after the war. The line to morality is apparently drawn at when you can get an edge on other nations through research that would otherwise be impossible to conduct without international condemnation.

These are just some examples of how the Allies, at both a national and individual soldier level, were not the beacons of shining light that popular media portrays them to be. And, increasingly, thanks to popular media, people in the west are less and less aware that “their side” often did conduct itself in a highly questionable manner. No one is disputing that the Allies needed to win World War 2, but if we’re going to remember that war with the reverence and fear that it deserves, then we need to do a far better job of adequately depicting what went on through the war, on both sides, and the reality that no side’s conduct in that war should be immune from criticism.

Video games, particularly in the blockbuster arena, are so exclusively focused on the entertainment value that they provide that the stories that they tell are rarely capable of treating the subject with the critical eye and nuance that the actual conflict demands. For games set in purely fictional settings, that’s one thing; it can be easy to dismiss these games as simply examples of juvenile writing (see the likes of Homefront). But for games using actual military conflict as the source material, and for games to tap into the emotional gravitas of those conflicts, to then deliberately revise history to turn a blind eye or outright deny the need to be critical of one side in a conflict is downright dangerous.

And it’s even more so when the side of media which is itself meant to be concerned with nationalist and revisionist themes is too busy celebrating a woman on the cover art to care about anything else.