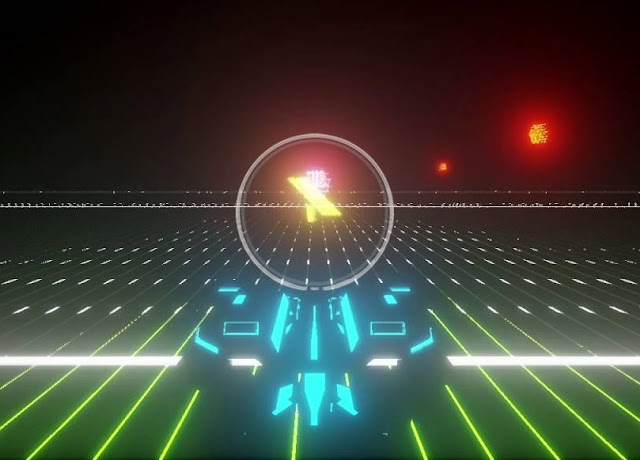 L.F.O.: Lost Future Omega releases on Nintendo Switch in both America and Europe this week, on May 3. It’s a budget priced ($US7.99 / €6.49) blend of rhythm game and shoot-em-up, and it looks like it could be a lot of fun. Especially if you like neon colours.

As you can see from the trailer, below, it’s quite the manic, Tron-inspired aesthetic, complete with that electronica soundtrack for the full sensory experience. Here are more details from the press release:

As the screen changes your actions and the sound synchronize with the music.

Some of the sounds you select can be passed to the next stage.

By doing so and depending on your progress at that point, Even if you are playing in the same stage, you will get feeling that you are listening to another arrangement.

“The Beat Goes On”

The beat continues From the start of the game and until you clear the stage (or saddly when your game is over) Non Stop Music When you change to the next stage, your last BGM will mix smoothly with your new one.

Your music and euphoria will be non stop!

For those who want to play freely.

If you select OKIRAKU mode you can play without getting any damage.

I wouldn’t be going in expecting a game of the year here, of course, but I do thing that L.F.O looks like it’ll be worth playing, and yet another feather in the endlessly increasing cap that is rhythm games on the Nintendo Switch.

God of War: the debate! Also the games of May and cutscenes (Digitally Uploaded 2018, Episode #15)