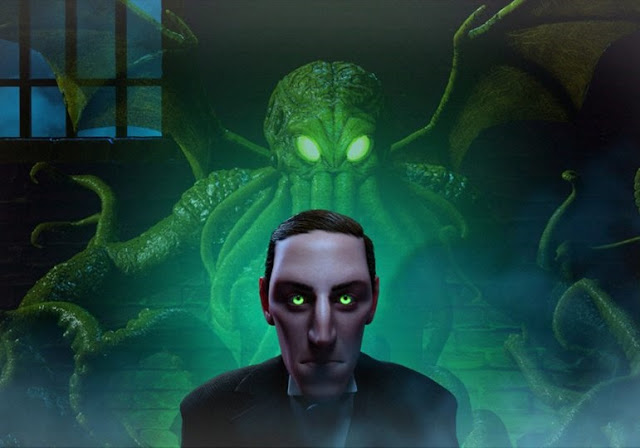 One was an inventor known for designing the alternating-current system used predominately in the world today. The other wrote short stories and novels, and created the mythical monster, Cthulhu. So of course society needs to know who would win in a battle to the death between the two!

Related reading: For a second take on the game, here’s our review of the PC release

I would like to give a brief history lesson in order to give some context to the game, as the choice in scientist and author is an interesting one. Nikola Tesla is well-known for his work in the field of electricity. He actually briefly worked with Thomas Edison, before partnering with the Westinghouse company to sell Alternating Current to the United States, beating Thomas Edison, who was trying to promote Direct Current at the time. Nikola had also designed the first ever Hydroelectric Plant at Niagara Falls, as well as the Tesla Coil, which would begin the path towards the wireless technology that we use today. It’s definitely interesting to see why he was used as the protagonist for this title, as it gave the developers an excuse as to why he would have all these inventive weapons.

H.P. Lovecraft grew up reading the works of Edgar Allen Poe. Starting his career as a journalist, he quickly grew tired of his job and launched his own magazine, called The Conservative, where he wrote numerous essays on various topics. Once he began to write fiction, he drew influence from both Edgar Allen Poe and Lord Dunsany (an author known for his fantasy writings). He was eventually picked up by Weird Tales, where many of his works were published, including his most popular story, The Call of Cthulhu. He once mused that all of his tales were based on the premise that human laws and emotions have no significance or validity in the greater world. I can see that working outside these ideals provides the perfect opportunity to explain how he could summon all of his creations in the game. It’s rather clever, actually. 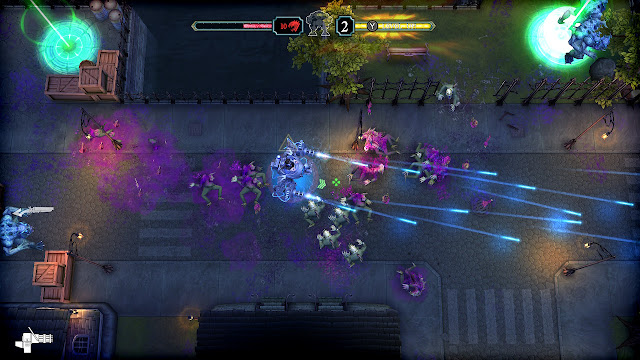 The way that Tesla vs Lovecraft presents itself is a top-down twin-stick shooter set in small, arena like levels. The player controls Nikola Tesla, after H.P. Lovecraft crashes one of his scientific demonstrations and is kicked out by security. Embarrassed, he seeks revenge by summoning the creations drawn from his literary pieces and stealing Tesla’s technology in order to defeat the great scientist.

As a result of H.P. Lovecraft’s sudden spiral into madness, it’s up to Nikola Tesla to recover his technology and defeat all of Lovecraft’s creations, level by level. Levels are represented on a large map, giving the player the ability to go back and replay levels they had tried before, though other than trying to get a higher score, there’s no real incentive to do this other than grinding for kills.

Each of these levels are engaged in a small area. Each area is completely packed to the gills (excuse the pun) with enemies. Status bars indicate exactly how many enemies are currently in the level, though with portals and Cthulhu temples spawning creatures at alarming rates, the number is usually pretty pointless as it goes up and down at incredible speed. Despite the large number of enemies, it doesn’t take much to kill most of them. Tesla starts each level at level 1, killing enemies gain XP, and Tesla can utilise various perks for each level he rises. In order to not interrupt the flow of the game, you need to manually press the Y button to level up and choose from one of two perks. The perks include things such as bullets that can pierce through enemies, making Tesla radioactive so that enemies die as they approach him, and speeding Tesla up to name a few. Powerups and weapons drop randomly throughout the levels too, Tesla can utilise weapons such as shotguns, tommy guns and revolvers, but he can also pick up Tesla versions of the weapons that fire electric bullets which pierce enemies and cut them down to size. 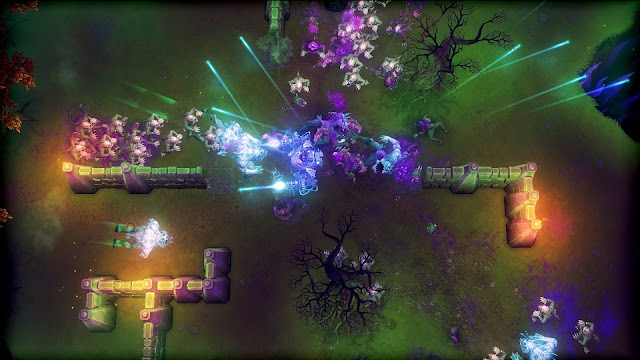 After about seventeen or eighteen levels in, the difficulty spikes immensely. After breezing through most levels with ease, it was surprising to all of a sudden have to retry a level six or seven times before I could complete it. The fundamental difference was the introduction of a monster that hadn’t been in all the previous levels. The monster was able to shoot electric beams from its mouth that almost insta-killed Tesla. Once I figured out their patterns it became a bit easier, but it never becomes a relaxing experience again after that.

Thankfully, Tesla has a wide-range of technology that proves very useful in a pinch. He acquires a teleporter early on which allows him to teleport a short distance away. This can be handy as it allows Tesla to teleport through walls and fences to create some distance from hordes of enemies. He also utilises a Mech that completely mows down everything it’s pointing at. The teleporter can be used three times in quick succession before it needs a small recharge. The Mech has only got a limited time before it explodes. The Mech can be recovered if Tesla finds all five parts scattered around a level and use it a second time. Also, his Mech is called War Pigeon, I guess because he was famous for his pastime of feeding pigeons later on in his life.

Completing the game unlocks the next plane of existence, which is another way of telling you to play the game again, except on a higher difficulty setting. The real grind begins here, as the levels are super tough at this time, so it’s worth going back and grinding enemies in earlier stages to upgrade Tesla before retrying. It gets rather testing after a while, playing the same levels over and over again, only to go to the next plane of existence and play that level yet again. 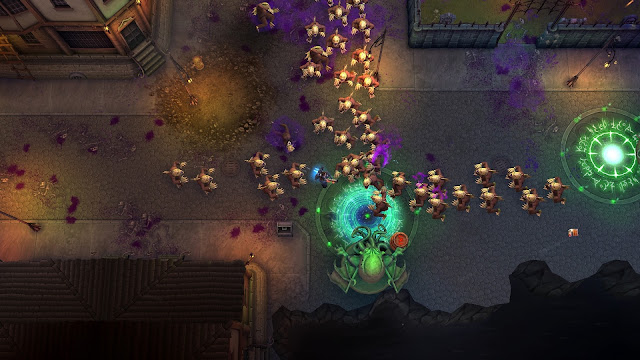 I enjoyed Tesla vs Lovecraft. The game itself doesn’t give much in the way of context of who Tesla and Lovecraft are, or even why a scientist would be fighting an author to begin with. Nonetheless, Tesla vs Lovecraft is a fun twin-stick shooter, made even better by being technically on-point and very clean to play. While the Switch game library is growing really fast, and while this might seem incredibly generic at first, it is genuinely worthwhile.