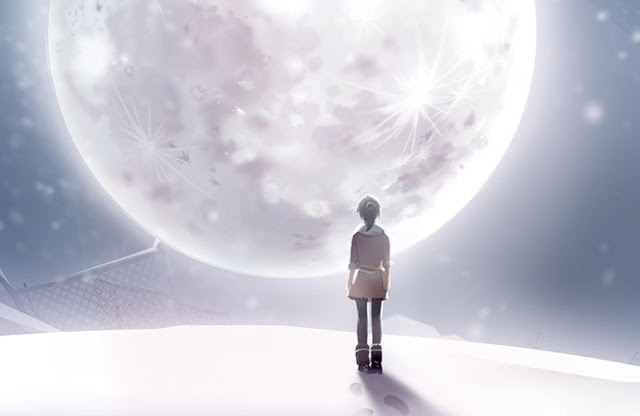 Opus: Rocket of Whispers is both incredibly familiar and unlike anything else I’ve ever played. At its core, it’s a post-apocalyptic adventure game with a focus on scavenging for resources in a frozen wasteland, but that’s all in service of a moving, introspective story that pushes Rocket of Whispers far beyond its peers.

Set millions of years into the future, Opus portrays a universe in which people have long since left Earth, and the planet’s become a sort of mythical icon. “Earthology” is the dominant religion, and one of the key aspects of Earthology—as in many religions—is how people respect the dead. In this distant future, the souls of the departed are launched into space, bound for the mythical Earth, through ceremonial “space burials”. Or at least, they were, before a plague wiped almost everyone out and blanketed the world in snow.

John is the son of a rocket engineer, though as a kid he was always more fascinated with witches. In a role not unlike that of priests or shrine maidens, Earthologist witches were responsible for ushering the spirits aboard the rocket before a space burial and blessing the craft for a safe journey through the stars. As a young boy trying to wrap his head around the very concept of death and burial, John was enamored with these witches—far more than with the family business of building rockets. 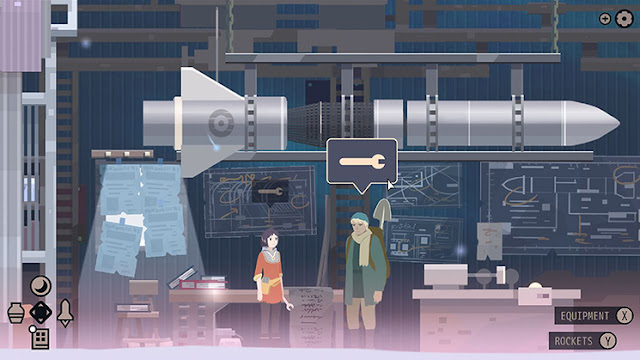 Kei is the opposite. She was chosen to be a witch at a young age, though she was always more interested in rocket engineering. Nonetheless, she did all her witchly training, and when the plague hit, she was chosen to be cryogenically frozen. It was thought that she could carry on the Earthologist legacy into the new world, or at the very worst, see the last souls off on the earthbound journey.

She awakens 20 years later to a world in ruin. Lost souls wander the snowscapes and the remnants of the cities, and there’s not another living person in sight—until she meets John, that is. After two decades surviving alone in such harsh conditions, John’s become a closed-off, gruff, short-tempered man. Despite that, souls have a way of clinging to him; they see him as their only hope for a burial and the closure that comes with him, so much to his annoyance, they follow him around. After meeting Kei, he reluctantly agrees to help her build a rocket to perform one final space burial.

The game proper starts at a time when Kei and John have already been working together for a couple of years. They’ve built a few test rockets, each one with its problems but each one bringing them closer together to making one that works. Now, finally, it’s looking like they’re almost ready for a real launch. 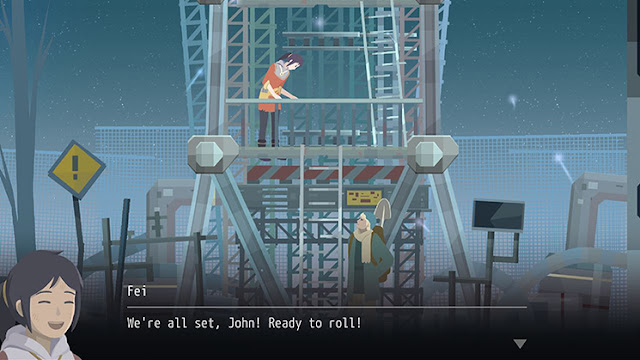 This is where the adventure game loop comes in. Playing as John, your task is to set out into the ruins to find various parts that Kei needs, though you only have a limited amount of time each day. Head out in the morning, spend the day (which is a few minutes in real time) searching for whatever’s been asked for, then return at night, before doing it again the next day. When you do find all the necessary materials for a specific part of the rocket, you can set Kei to work building it—usually accompanied by some sort of narrative interlude—and then it’s on to the next one. As the parts get more obscure, you have to venture further out to find them, necessitating the construction of simple tools like a saw, flashlight, and snow gear.

It’s slow going, repetitive, and even dull, but that’s entirely the point. It’s in the silence and monotony of those trips that John’s loneliness and desperation come through the loudest. There’s nobody to talk to, nobody to yell at; just the monotony of a seemingly endless task.

To emphasise the sadness of it all, the landscape is covered with lost souls. Most of these simply ramble about their lives as you walk past, but a few will ask for help finding mementos and the like. You can help them if you want to, but either way, there’s a sense of loss and isolation with each encounter. 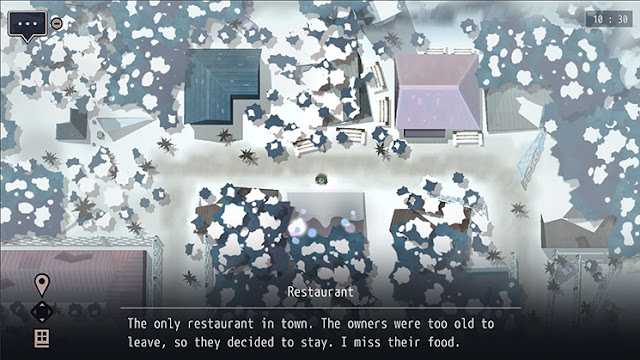 For her part, Kei is a relatively happy and easy-going young woman, a foil to John’s old man shtick. But her part of the story is just as tragic, even if she’s good at putting on a brave face and being a beacon of positivity. She’s also lost everyone she knew and loved, and she’s also practically alone in a post-apocalyptic land of ice and snow. She’s a witch, though, and her sense of duty motivates her to do all she can to finally build a working rocket and see the space burial through.

You can probably guess where the story goes from there. It’s not an especially original one, but it’s a heartfelt one all the same. Framed within that adventure / survival game structure, it builds up to be quite emotionally resonant, even if the “twists” can be seen long before they arrive. Rocket of Whispers is, more than anything, a story about loss, grief, loneliness, and hope—and that’s a tale that’s eternally relevant.

It all build up to an especially poignant ending, one that neatly brings the story of John and Kei to a close while still leaving things very much open to interpretation. Obviously, I don’t want to give too much away, but I wouldn’t describe it as either a happy ending or a sad one; it’s both and it’s neither, and I wouldn’t want anything else from a story like this. 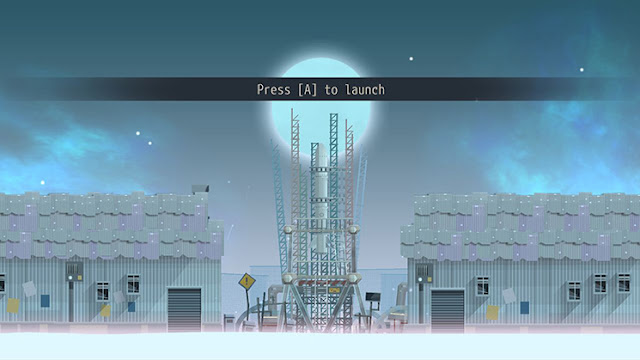 Don’t come into Opus: Rocket of Whispers expecting some sort of hardcore survival simulation or captivating pushing-buttons experience, or you’ll probably wind up disappointed. No, Rocket of Whispers is something much better: a game that uses its simple game loop, repetitiveness and all, to tell a familiar but sincere story about loneliness and coping with grief.