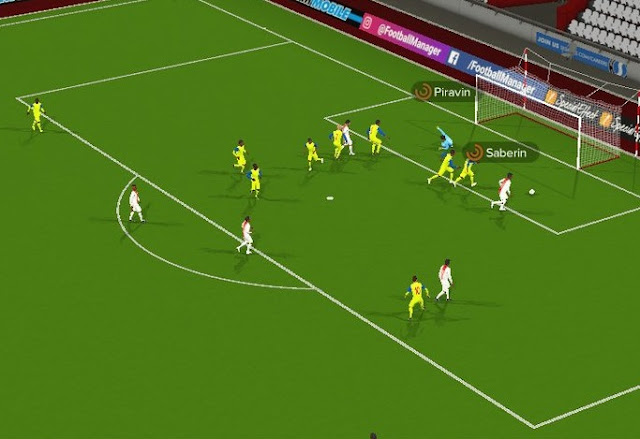 There are few franchises that are more incomprehensible to people who aren’t in love with them than the Football Manager series. Taking out all the thrill of the on-field heroics of a football team, this series instead casts you as the manager of your own team. And while a football game in which you play no football might sound impossibly obscure, it’s actually really good fun. That is, if you’re part of the tiny niche of people who love football that much they genuinely care about the behind-the-scenes business and politicking of the sport.

As manager you need to develop the youth team so that young talent can make its way into the first team, strengthening it in the process. You need to arrange transfers and manage training regimens. You need to keep an eye on the club’s finances, deal with the social media fall out from your activities, and set up the on-field tactics. You won’t be able to control your team’s performance come game day, but you’ll be forced to watch it, manage dynamic tactics, and the interchanges with players as they get tired, yellow carded, or injured.

All of this feels great when tactics are working and your team wins a few on the trot. On the other hand, when things aren’t going so well, watching three or four loses in a row can be brutal; not only because your team’s board of directors will start to lose faith in you, but also because it honestly hurts to see the hours of preparation and careful nurturing of your team start to sour. 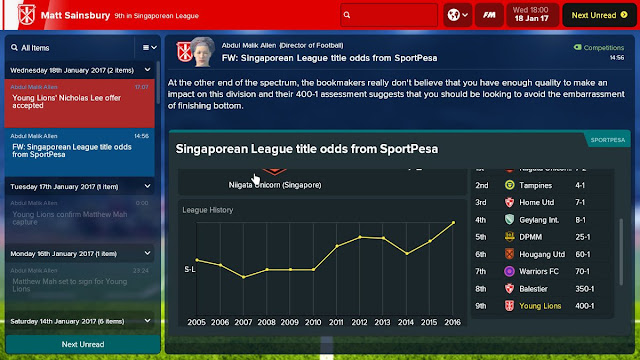 Here’s the big secret about Football Manager; these games are, under that incredibly dry surface, storytelling experiences. You recruit a player from another team via transfer, and you’ll suddenly become acutely aware and concerned for their performance, particularly if “fans” and the board are questioning the wisdom in the transfer. You’ll read every word of their match report, give yourself a fist pump every time they are shown in match highlights (rendered through an exceedingly simple 3D engine) to have done something major for the team. You’ll start to micro-manage their training to try and drive at the development of particular skills, and you’ll feel bad when a twisted ankle earned through that training sidelines then for a few months. In short, though the players in your team are rarely anything more than names on (relatively pretty) spreadsheets, you’ll care. And that caring is deeper that in a standard football sim, thanks to the intense control you have over every facet of your team.

The fake social media feeds are particularly effective in building this storytelling experience. After every match, transfer, or major decision you make, there will be “people” sharing opinions in the Twitter-like social feeds. Naturally the developers didn’t bother recreating the toxic tweets that comprise 99 per cent of the Twitter experience, but the remaining 1 per cent of users of Twitter add plenty of insight and discussion into real-world events in real time, as so the comments that you see in your in-game social feed start to build vivid, creative impressions of your time as the manager of a team. And when things get tough, the criticism can be a sharp reprimand indeed. As a storytelling experience, I really love how Football Manager really does use its spreadsheet-like presentation to build a real narrative around your in-game actions.

There’s a good range of leagues that you can take control of a team within. Football Manager is very European-based, but outside of Europe there’s also wealthy leagues such as the US and China, talent-filled pools of athletes in a half dozen or so South American leagues, and even some minnows like South Africa, Singapore and Indonesia, if you want to challenge yourself to succeed with a team despite having no budget to play with. That’s actually how I like to play. That being said, this has been the case for this franchise for a while now, and it’s getting to the point that it’s quite irritating that the developers haven’t come to terms to get more teams from Africa (where there’s just the one), the Middle East, and Asia/Oceania into the experience. I’m especially miffed that there’s still no J-League there. I desperately want to manage my team, Kawasaki Frontale, to glory. That aside, what’s in Football Manager is going to last you a very long time indeed, even if you only ever play with one or two save files. 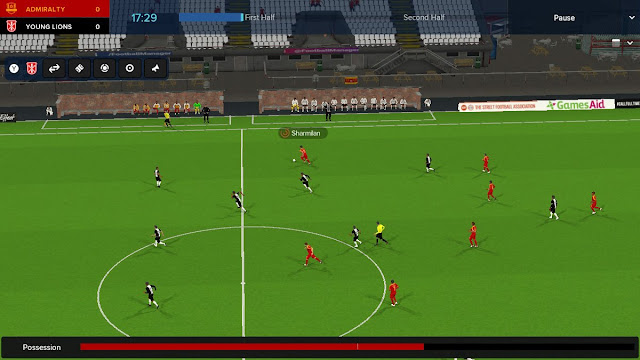 I should also say that for all the density of information that comes in the game, after a few hours every menu option makes sense, every tweak you might want to get to is easy to execute, and the layout of the screen itself allows for maximum workflow. Yes, I’m talking about workflow with regards to a video game. It really is that much like a sequence of spreadsheets though. The point is that after many years of iterations, the developers of Football Manager have maximised the efficiency of a game that needs to be complex by design.

If only the Nintendo Switch port was optimised better. I can appreciate in something so completely reliant on menus and a point-and-click interface it would be hard to make work on the Switch, but the developers really did struggle here. On the one hand you would think that you could simply use the touch screen to tap, drag, and drop. Unfortunately because the menu items tend to be really small (having been developed for devices with much larger screens), actually touching the right thing is difficult if you try and use the touch screen capabilities. On the other hand, you can use the Nintendo Switch’s buttons to navigate around with a mouse pointer, but the cursor moves around the place so slowly. Of course, this is not an action game, so speed in playing doesn’t inherently matter, but the clunky navigation does wear down after a while.

A more potent flaw is the unresponsiveness of many of the commands. Hit the menu item to bring up the team layout, and you’ll need to wait a second as it loads. Pull up a particular player’s profile, and you’ll be waiting a second more. Some of the pauses are enough that you’ll wonder whether you accidentally missed pressing the button. There’s so much data running a Football Manager game (each of the thousands and thousands of players have dozens of points of statistics, and the game tracks every performance metric you can imagine), that actually pulling the data up is as processor-consuming as actual spreadsheets, and if you work in a professional field you know how snappy stuff like Excel is (it’s not), but nonetheless, as a game, it’s clunkiness that few people will have a tolerance for. 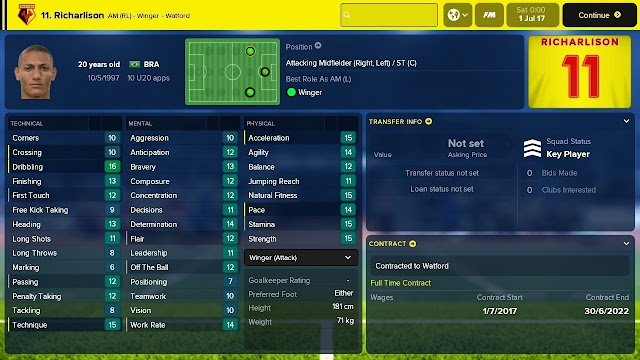 I will also say that while the developers have done as much as can be done to make the spreadsheets look attractive, the lack of presentational elements is really bothersome on the Nintendo Switch. There’s no in-game music, for a start. On the PC or iPad this isn’t an issue since you can just pull up your Spotify or Apple Music playlists. There’s no music app on the Switch that runs in the background though, and given that one of my primary uses of the Switch is to drown the outside world out for a time, Football Manager isn’t a great fit there.

Then again, Football Manager has always been for a specific type of person, and one who enjoys a blurring of the lines between legitimate work, and entertainment. Football Manager 2018 Touch brings that effectively enough to the Nintendo Switch, and while it’s not a game that’s going to turn too many heads or win awards, anyone who likes their really cerebral experiences will love spending hours trying to eke the most out of the favourite football team.

That, and I genuinely think that aspiring football managers can learn a lot about the craft from this series.