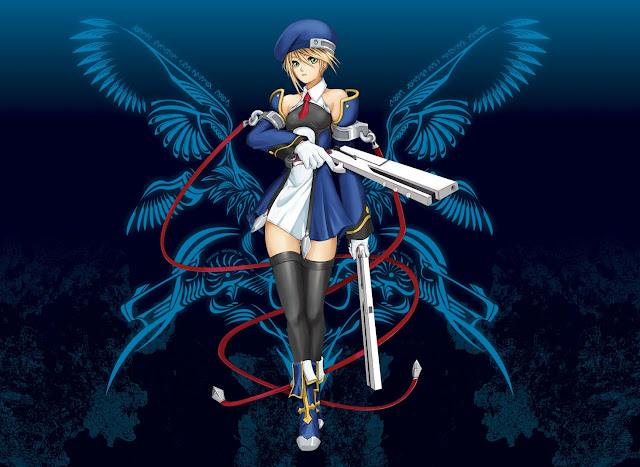 You know that you’re in for an unusual fighting game when, upon entering the story mode, you’re met with an option to have the events of previous games summarised for you, but it will take about 30 minutes to go through the backgrounder.

It’s reasonable to expect to sit through around thirty minutes of explanation to catch up with a JRPG. I did that when Yakuza 4 was my first Yakuza title. Thank goodness that game included a series of “in previous games” videos to get me up to speed. But for a fighting game to have such a complex plot that you need to read a half-hour explanation to get up to speed is so very, very odd.

Thankfully I’m already quite attuned to the BlazBlue universe, having played most of the previous games in the series. If this happens to be your first BlazBlue game, then take my advice and for the love of Miku settle in for the backgrounder. BlazBlue is so dense with anime science fiction jargon and storytelling exploration that the narrative is going to be impossible for anyone to unpack coming into Centralfiction fresh. Even casual fans of the franchise, people who might have played through the previous games once through, will find this dense.

Centralfiction has a strong story to tell through that density. The quality of its narratives has been one of the main reasons that I’ve been such a fan of BlazBlue over the years, despite being generally terrible at 2D fighters (and BlazBlue being a remarkably complex 2D fighter at that). For all its density, the game’s writers do a remarkable job in building up the characters and giving them distinctive, interesting personalities. People like characters from other fighting game series’ of course, but whether it’s because Marie Rose looks cute in a bikini in Dead or Alive, Cervantes looks so utterly cool in Soulcalibur, or half the cast of Tekken and Street Fighter are utterly nuts, our connection with these characters comes from the way they move, behave, and look on the battlefield. And as a result we don’t get a particularly deep sense of character from them. They’re almost universally broad, familiar character types.

BlazBlue is different, though. Because it has such an in-depth narrative, the characters are also developed to a far greater depth than you’d expect for a fighting game. I like Kokoro from Dead or Alive because she is ridiculously sexy. I like Noel from BlazBlue because she’s a character so interesting I wish she had a JRPG spinoff just so the writers could spend even more time with her (and let me play with her in a genre I’m more comfortable with).

It’s subtle, but I swear I find the fighting in BlazBlue that much more intense because I have a better connection with the characters. Because I care about Noel I find those moments where she’s nearly out of health that much more stressful. Because I care about the characters I’m also far less inclined to play with a whole bunch of them. In BlazBlue I play as Noel and Celica. That’s it (aside from when the story mandates I fight with a different character, of course). 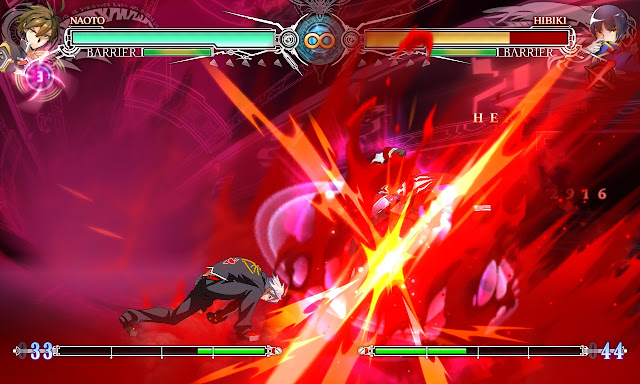 In short, I find myself more “into” the BlazBlue games than any other fighters out there, and Centralfiction continues that trend by virtue of being another well-written game set in this universe. It’s not perfect, and a constant sore point I’ve had with the BlazBlue series is its obsession with hierarchy. Barely a minute goes by without one character talking about whether another character is more or less powerful than them (or another character again). This is a common enough trope in anime and manga, I know, and I also know it’s a narrative trope that derives from the very hierarchical nature of Japanese society, but it’s more extreme in BlazBlue than almost anything else out there. Pushing past that, though, there’s a narrative that is more visual novel than fighting game; that’s original and refreshing in a genre that so rarely bothers to give meaningful context to the fighting.

Centralfiction also continues the franchise’s trend of providing ridiculously beautiful art. There is so much colour and animation going on in the typical BlazBlue fight that it’s a truly sensory experience. There’s something very visceral about pulling off double digit combos in this game, because as one attack transitions seamlessly into the next, the pyrotechnics slowly escalate in kind. By the time you’ve reached ten or more hits in the combo, the explosions of energy with each new hit are almost overwhelming. It’s difficult to actually see what’s going on at times, but it’s spectacular to behold.

As a highly technical fighting game, I’m terrible at BlazBlue. It’s not for lack of trying, or raw hours put into each of the games, but rather it’s a simple reflection that I’ll never be good at fighting games. As such, I’m also not really the best person to ask about how the combat system has been changed or improved over previous editions of the game. 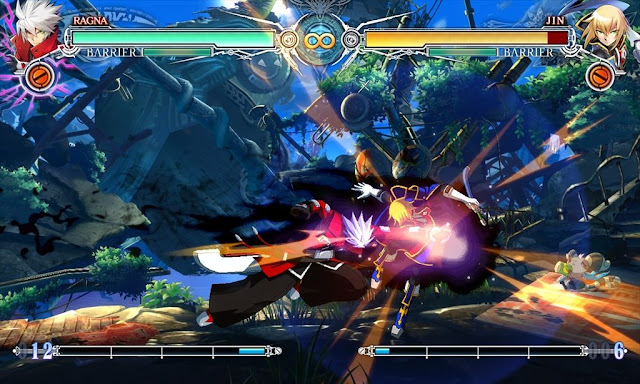 What I can say is that BlazBlue is more accessible for people less experienced with fighting games than most give it credit for. There are two different ways to play, for a start: Technical, which the fighting game veterans will love for the in-depth combat systems that it enables, and Style, which people like me love because it puts pulling off interesting attacks within our grasp. Neither choice really rewards button mashing, and despite the speed of the game BlazBlue is more about timing and efficiency than attacking with raw fury.

As a non-technical fighter, there are a couple of sore points with BlazBlue that I’ve always had with the series, and they aren’t really addressed here. If an enemy is hitting you with a long string of attacks, there’s little recourse to actually get out of the combo flow before it plays out. Similarly, it’s a little too easy to stick a player against the edge of the 2D arenas – the ‘walls’ – and whale on them while their escape options are even more limited. In saying this, I’m sure there are ways out of these attack streams if you’re a good player, and button mashers aren’t really going to care anyway because they’re not playing to be competitive.

What is really nice about BlazBlue is that each character has a very distinct combat style. Their movesets are wildly different, they have different strengths and weaknesses at short, medium, and long range, as well as very different capabilities in the air. Just learning the exact timing and distances that are involved in executing a character’s better combos is something that only comes with a lot of practice and experience. 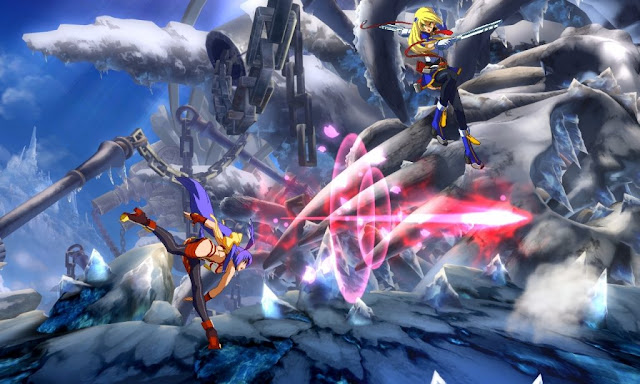 And BlazBlue really is gorgeous. Every character is animated in such a way that every movement they make reinforces their personalities. Every environment is a living, breathing thing that sets a meaningful scene and helps build the world around the characters. Because everything is 2D and quite flat, it’s easy to wish that all that storytelling and character building was funnelled into a more natural fit, but then again, with BlazBlue being such a successful franchise for so long now, it’s hard to argue that the developers and producers are making a mistake.

The Friday Ten: Ten songs from the 80s that we’d love to see Hatsune Miku cover