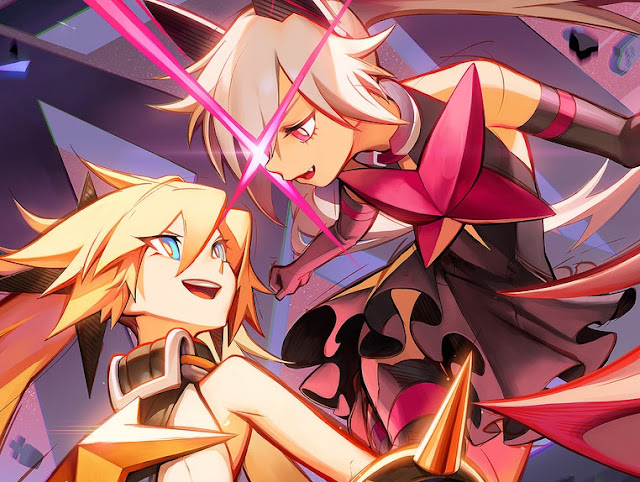 For the first hour of DJMax Respect, to say I loathed the game would be an understatement. I love rhythm games, as a rule of thumb, and I especially like them when they’re traditional. DJMax’s gameplay system features icons flying from the top of the screen downwards, and you need to press the relevant button at the right time to match the music to earn a score. It doesn’t come more traditional than that, so in theory I should have loved it, but I’ve never played a game so keen to throw players to the sharks and leave them to flounder before. It’s not just that I found the game hard. I also found it immensely confounding, unforgiving, and intense, to the point where it was all simply unenjoyable. No rhythm game should be looking to “fail” players on a three star (out of ten) difficulty rating. DJMax seemed to take glee in that.

By the time the second hour rolled around, I was playing it well enough to enjoy the game’s soundtrack. I was barely scraping by with most tracks on the easiest of difficulty settings, but I was indeed scraping by. In addition to finally finding the game playable, rather than have a desperate focus on the icons popping onto the screen, I was also at the point where I could allow myself to listen to the music more. And that’s just as well, because there is an awful lot of really good music in DJMax Respect. If I wasn’t enjoying the music, I would have tapped out by the second hour.

By the fifth hour I was comfortable enough that I could start to enjoy DJMax for what it offered, comfortable with the challenge it offered, and could finally see myself pull off the kind of ‘performances’ that I expect of myself in rhythm games. From that point on, I’ve enjoyed my time with the game a great deal. DJMax is unforgiving to a fault, but as a hardcore rhythm game for people who like to show their skills off, it achieves what it needs to admirably.

I rocked that one ^_^ #PS4share pic.twitter.com/cswXrd7rFV

For those who haven’t played a DJMax game before, this is a series of rhythm games from Korea which are, as you can see from the video above, as traditional in structure as they come. You press buttons in time with music. The better you do, the higher your score. The eventual goal is, of course, to nail each track where you don’t miss a beat and get a perfect score. To do that with this particular game you’ll probably have to put a lot of practice in.

What I found to be so challenging probably has something to do with the (well over) 1,000 hours I’ve plugged into Hatsune Miku games over the years. Those games had icons pop up on screen and gave you an instant visual cue as to which button you needed to press to go with the icon. In DJ Max, the controller is mapped, from left to right, to match with the vertical “bars” that appear on screen. The furthest left bar is the left button on the D-pad, for example. The furthest right is the circle button. Next to it is triangle. At the lowest left of difficulty, there are four different buttons mapped this way. By the time you get to the highest level of difficulty, it’s eight; the six “top” buttons on the controller, as well as the shoulder buttons.

I actually found co-ordinating this to be impossible at first, because I kept looking for visual cues in the icons for which button to press, and I wasn’t getting them. In fact, it was not just difficult to wrap my head around. It was actually impossible. As soon as there were more than one icon on the screen at once, actually hitting the corresponding button to that icon left my fingers twisted up like a really bad game of Twister. It was downright frustrating because I am actually good at rhythm games, to the point where I take a measure of pride in my skills, and DJMax was making me feel like a rank amateur. 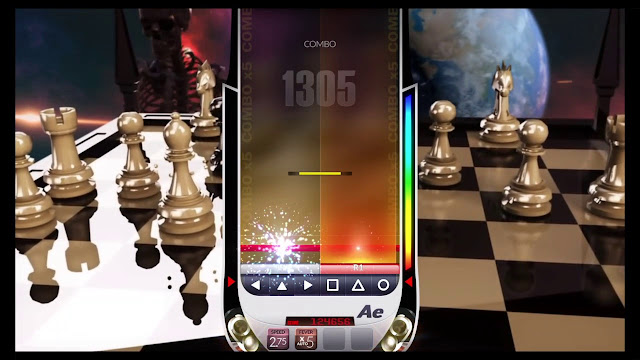 Thankfully it did seem to be the case that I just needed to retrain myself, because, as I mentioned, a few hours later I was finding the system comfortable enough. Challenging, and unforgiving, because you are scored on accuracy and unless you’re running on close to 100 per cent accuracy, you might get a perfect run hitting notes with a 50 per cent or 70 per cent accuracy, and still end up with a “B” or even “C” ranking. But it was a comfortable challenge. Get all perfects in a Miku game and you’re automatically awarded the top rating. For someone like me, DJMax’s push to get more and more accurate comes across as very much a purist’s rhythm game appeal; I’d rather replay a single track I love 100 times to try and get a top score than play 100 tracks and try and pass them all.

I also love that the game gives full sound feedback. Be even 90 per cent accurate, and the actual music you hear will sound quite poor and discordant, because you’re out of time with it. As someone with many years of musical training, getting rid of the discordant notes is something that makes me want to try, and try again, and I always appreciate when rhythm games offer feedback that’s something more than abstract numbers. A good rhythm game should make you feel like you’re part of the performance, and DJMax does that.

The tracklist itself is huge – there’s 150 odd pieces of music in there. Unfortunately, there’s little consistency across the music. If you don’t like Hatsune Miku, then those games aren’t going to be for you. But if you do, the fact is that you’ll also like almost every piece of music on the game enough to play it all. That’s the benefit of giving a rhythm game a focus. Meanwhile, with DJMax, there’s a lot of clubby and pop-style music that I adore, and some good electronica. That’s let down by there also being a lot of R & B and even one or two hard rock or metal-style tracks. I can’t stand that kind of music (that’s not to say you can’t like it, music fans. Just that I don’t). And I suspect there will be plenty of people who are the reverse.

Oh wow I am unbelievably bad at this. As a pro at Miku I feel sad now. #PS4share https://t.co/hP69u7uqV1 pic.twitter.com/SCuBkDqMWb

This has the effect of cutting down on the number of pieces of music in the soundtrack that almost anyone is realistically going to play and enjoy. Everyone has their preferences and dislikes, and DJMax seems to have an incredibly capacity to hit both of those. There’s still more than enough music in there to well and truly justify the game’s price, even if you end up completely ignoring the tracks you don’t like, but the tracklist just isn’t as impressive in execution as some other of the more consistent in tone rhythm games. As an added downside, those times that I’m forced to play an R & B or heavier piece of music – in the game’s mission mode, for example – I’m wasn’t as inclined to be enjoying my time with the game, and over the long term this stopped me from playing that mode. I suspect without having proof that most people would prefer more focused rhythm games so they could enjoy all the music in it.

What is undeniable is how much of a mastery the developers have over each and every genre that they depict in the game, to the point where I actually found myself performing better with those genres that I do enjoy than those I don’t. Not just because I was more into the performance, but because the rhythm that the game asks of you as you tap out the icons subtly shifts from one track and style to another. There was never a moment where I felt that the icons were appearing on the screen in an arbitrary manner. Each and every time they were there because the game wanted you to match the highlights in the music, and that’s an incredibly difficult to actually do well as a developer. Even the Miku games, much as I love them, don’t achieve that.

I wish the presentation was better, though. The game offers a bunch of different gameplay modes, but doesn’t do nearly enough to differentiate between them, and ultimately I spent almost all my time in “Free Play” just looking to better my scores. There’s a nice touch in that the game actually tracks your ongoing combo score, so you can end up with a combo in the many thousands if you’re good enough to string together a couple of tracks without making a mistake, and that behaves like a bonus secondary “top score” to gun for. But in the game itself the presentation is so incredibly bland. You’re going to be spending all your time focused on the centre of the screen, as though you’re looking at an iPhone emulation, while the bulk of the rest of the screen is taken up by a video “cut scene” for the music. The problem is that that serves as a pointless distraction, since the middle of the video is cut out by the gameplay field, and the end result of poorly optimised video and purely functional play area makes for something that looks very amateur indeed. The menu system is stylish, at least, and even throws in a “Press X to pay respect” joke, and I do love when games make fun of that woeful scene from that Call of Duty game. 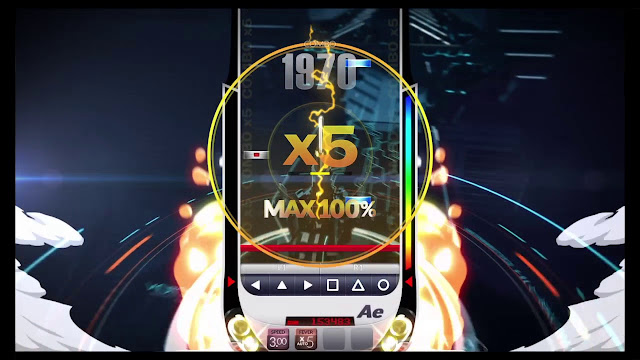 DJMax Respect is largely based on previous games, and is in effect closer to a “HD Remaster” than a wholly new game, but the audience for the franchise has been small enough previous that for most people that won’t matter. What will matter more is that you’re going to want to commit some serious time to the game. It’s not going to be forgiving on any level for players in their first couple of hours. Move past that, though, and you’re left with one of the greatest examples of sheer precision in rhythm game design, and, let’s face it, there’s nothing more important to a rhythm game than that.