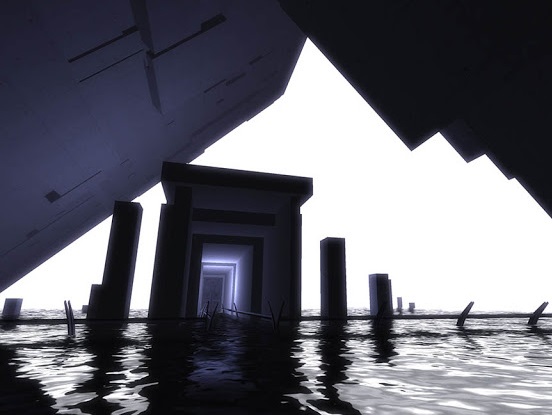 You’re a refugee in a strange land. You work a dangerous mining job with little real understanding of the purpose, and you live in a rundown, one-room apartment with a few other people. You don’t understand the language and customs of those around you, and you’re under seemingly constant surveillance. But it’s better than where you came from. At least you’re not being violently persecuted for being who you are.

That’s the reality for millions of refugees around the world. It’s also the situation that North, by Outlands Games, throws you into. You’re a refugee from an unspecified place in the south, and after fleeing persecution, you’re now living in a strange, cyberpunk-esque city in the north. It’s inhabited by alien-looking creatures who speak a language that you don’t understand, and security cameras are plentiful. You need to seek asylum, but the process for that is unclear, a problem made worse by the language and cultural barriers you face.

Your one source of comfort and familiarity are the letters you write to your sister. She’s still back home in the south, hoping to cross the desert to the north as soon as she can. The daily letters are your only communication, and your only slice of home. 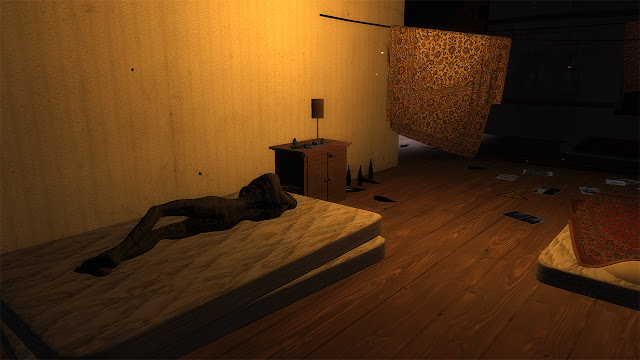 They’re also the means by which the story of North unfolds. As you work you way through the simple puzzles that stand between you and asylum (and the source of North’s gameplay), you get opportunities to write new letters, and with each new letter, you get a little bit more insight into who your character is, the world he’s escaped from, and his thoughts on this unsettling new world he’s found himself in.

Through these letters, you learn that as a refugee in this city in the north, your character is treated more or less like a slave. His job involves mining ore and feeding it to some strange creature trapped in a pit, for reasons unknown. The mine itself is too hot to survive for long inside, so work involves running back and forth between the excavation apparatus and a healing bay near the mine’s entrance.

When work’s over, you return to your squalid apartment. Boxes scattered about serve as furniture, and shoddy mattresses are where you and your flatmate rest your heads—flatmates with whom you can’t speak, due to the language barrier. Empty bottles are strewn about, and one acquaintance seems to be on the verge of death thanks to some strange pills. Out in the city streets, it’s rare to see other people, and children are seemingly non-existent. 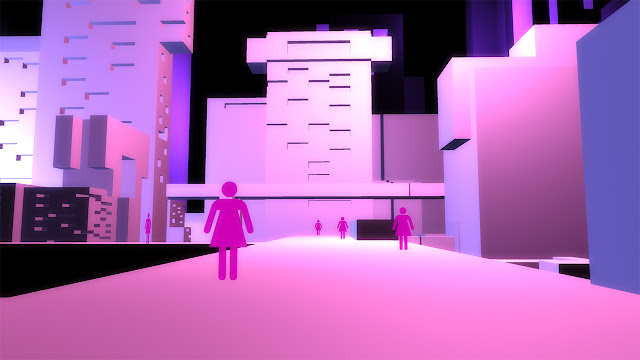 If you want to get asylum, you need to pass certain tests. At the police station, you’re presented a series of videos and asked to identify which ones you recognise and which you don’t. You don’t recognise any, of course, but answer wrongly and you’ll be labelled a terrorist. Doctors’ examinations leave you exposed and examined like some sort of new scientific discovery, and converting to the local religion—which seems to involve staring, zombified, at a display of a giant eye—is required.

In other words, the north is a dystopian hellscape. But it’s better than where you came from—or at least, your character seems to think so, judging from the letters he writes to his sister. And when he can earn asylum, and the chance to live as a free man in the north, all the better.

The goal, then, is to overcome the various trials that stand between your character and being welcomed into his new home: the dangerous job, the invasive tests, the creepy religion. The puzzles themselves are all really straightforward, assuming you read the hints in the letters (though they’re hard to miss). If anything, they’re too easy; I’m generally a big advocate for easiness in games, but given its premise, North would benefit well from a but more obscurity. It’s a game about trying to navigate strange, foreign bureaucratic processes without anything by way of guidance, so why not build that right into the puzzle design? Instead of just having the character describe his confusion and frustration, let players be confused and frustrated themselves—at least for a little bit. 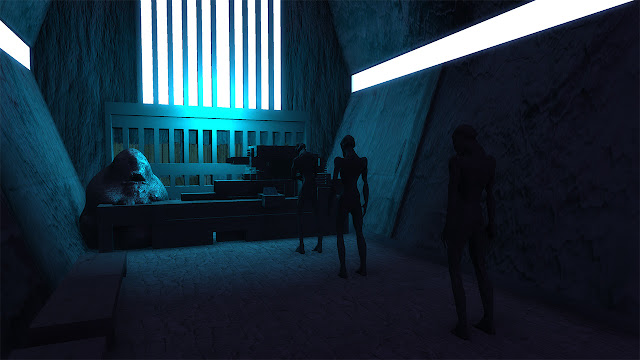 Even so, the atmosphere really sells that sense of isolation and alienation. The city is a dark, surreal place to be, trapped in a seemingly endless night. Distorted visuals an minimal colours make everything feel even more alien, and the moody electronic soundtrack works hard to create a sense of unease and tension. The other inhabitants you run into are humanoid, but not human—you never find out what your own character looks like, and he may well be part of this same race, but their monstrous appearance is unsettling all the same.

All this tension and mystery builds up over the course of North’s brief running time, until you finally earn the asylum you’ve been looking for. This is where I have some bones to pick. Even with a fairly minimalist narrative, North brings up a lot of ideas that are worth discussing, but most of them seem to get pushed aside in the conclusion. I don’t even mean that threads are left loose—for this sort of story, it would make sense to have lot of questions still up in the air when the credits roll. Instead, North seems to just wrap everything up in a nice little bow, even the stuff that doesn’t fit. You won, you got your asylum, and now everything is fine.

There’s a message in that, surrounding the murky notion of cultural assimilation. Earning asylum in the north basically means leaving your own customs behind and becoming one of the locals, and in some sense the way the ending forgets all the problems the rest of the game raised reinforces that—you’re one of “them”, now, so suddenly the problems faced by people who haven’t made it yet are more distant than they were. But it also feels like a very sudden shift, and a lot of the themes and ideas the game brings up are left hanging in favour of a smooth, simple ending. It’s as though the game was originally planned to be much longer than it is but had to be cut short for whatever reason, and then this ending was added as an afterthought. 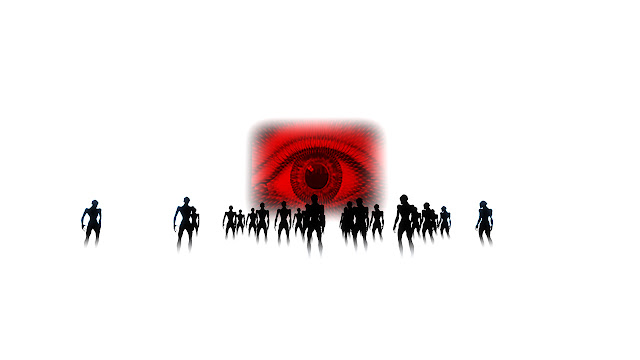 Unsatisfying ending aside, North is an interesting, insightful game that’s worth a look. It doesn’t ask a lot of your time (or wallet), and when it’s firing on all cylinders, it has something genuinely important to say.