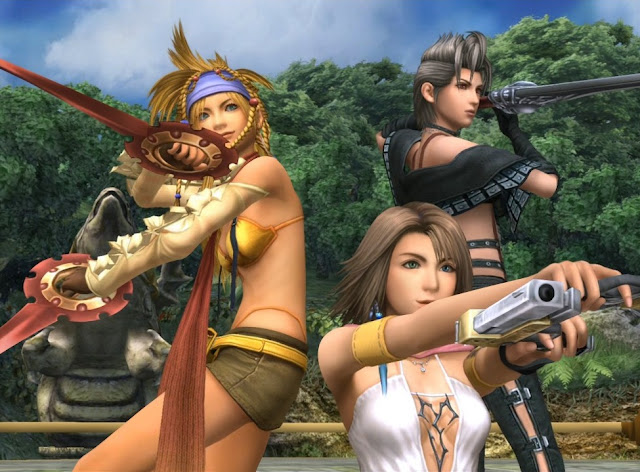 Dissidia Final Fantasy NT is a game that has been delighting me all week, and will no doubt continue to do so for a long time into the future. Except for one thing; I don’t like the roster on a whole. For a series with such a massive range of amazing characters as Final Fantasy done, it’s actually quite incredible how the developer managed to miss so many of my favourite characters and leave me with… not a whole lot really. I persevere with characters that are less than ideal for me because I enjoy the game a great deal.

But we are promised many characters via DLC, so this week for the Friday ten, I’m going to highlight the ten characters I’d love to see added to Dissidia. Let us know your own ideal add-ins in the comments!

Rikku (Final Fantasy X/ X-2); Rikku is such a delightful character, and a real highlight of Final Fantasy X. Perky, bright, and charming, she was often the relief character that broke up the intensity of some of the scenes in Final Fantasy X, and just happened to be incredibly useful in combat too, thanks to her thief abilities (which in that game really did help progress a lot). Then she took a sexy turn in Final Fantasy X-2, wearing a yellow bikini that… well, let’s just say that before I knew what fanservice was, I was a big fan. 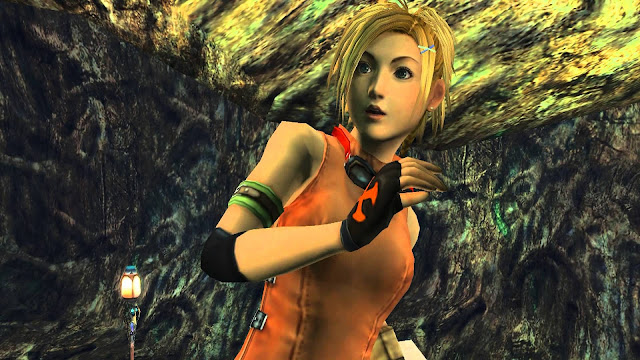 Vanille (Final Fantasy XIII); I don’t know why people get so upset by Vanille. She’s my favourite in what is generally a pretty good cast. She’s a sweet hearted and good-natured girl that goes through some of the most significant changes through Final Fantasy XIII of all characters. And her summon is just the coolest thing. 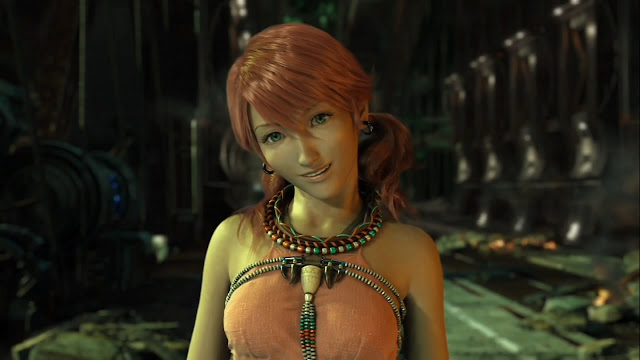 Serah (Final Fantasy XIII-2); From damsel in distress into awesome warrior woman, Serah went from being a plot motivation in Final Fantasy XIII into one hell of a warrior champion in her own right in the sequel. With her bow and arrow she would make an ideal marksman role in Dissidia, and perhaps then people (including myself) will give Terra a break. 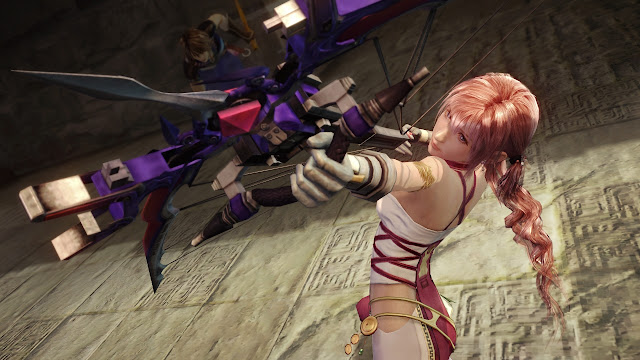 Rem (Final Fantasy Type-0); Rem was much of the reason that I kept playing Final Fantasy Type-0. I mean, I love the game on every level, but Rem is one special character all in her own right. And given Dissidia has Ace, another from the game, tossing his magic cards around in the background as a marksman, it would be nice to have one of the warrior school kids group on the front line, dealing out damage like there’s no tomorrow. Rem does it better than most. She’s so darned fast. 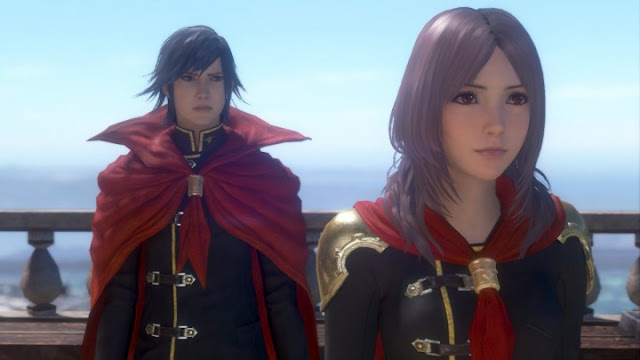 Selphie (Final Fantasy VIII); Selphie was the original somewhat ditzy, super perky, brighten-up-your-day background character; a role Square Enix would then pass on to the likes of Rikku and Vanille. As such, given that I’ve already asked for Rikku and Vanille, I might as well ask for Selphie as well, so people can form one heck of a team of three. Selphie would be a useful assassin-type, too, with her whirling sticks of pain which have decent range, hit hard, and would leave her vulnerable if there was anything left after she hit it. 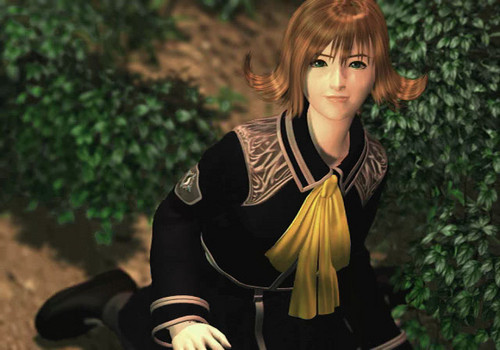 Rinoa (Final Fantasy VIII); Rinoa is more the main character of Final Fantasy VIII than Squall is, if you ask me. She’s the leader of a resistance, and an incredibly strong woman, but at the same time, she’s all class, has a good sense of humour and personality (so, the opposite of Squall), and she has a unique weapon that would add further variety to the Dissidia mix. 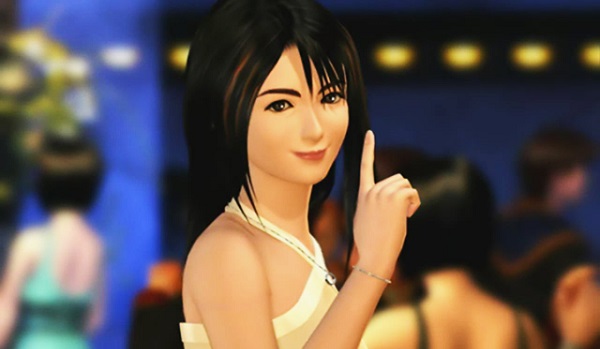 Yuna (Final Fantasy X/ X-2); Yuna from Final Fantasy X would be tough to replicate in Dissidia. She’s a pure-play healer and summoner, neither of which would be useful in a pacey 3-v-3 battle system where each player is also needed to cause damage (and summons are done through a different system to how Yuna does it). But Yuna for Final Fantasy X-2 would work. Wielding dual pistols with all kinds of style and attitude, Yuna would carve her way across the battlefield as a nimble and lithe gun dueler. 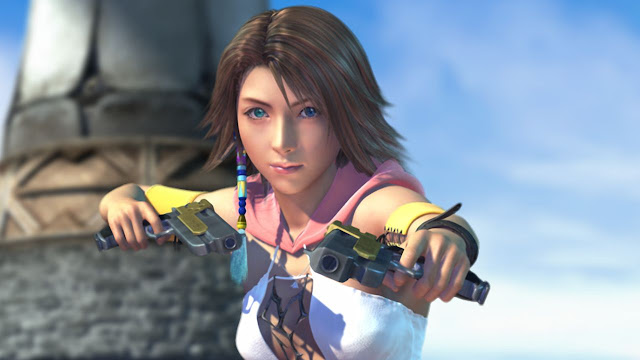 Iris (Final Fantasy XV); The ladies in Final Fantasy XV have a tough go of it. They’re not playable, they are backgrounded, and that’s despite them being awesome. “Little sister” Iris would be my pick for the Final Fantasy XV cast, precisely because we’re not aware of how capable she is in battle. The developers could really let their imaginations loose with Iris, uninhibited by what she’s known for in her “base” game, and that means she could be used to fill any gap in the metagame as people start to figure out the deepest nuances of the mechanics and exploit them. 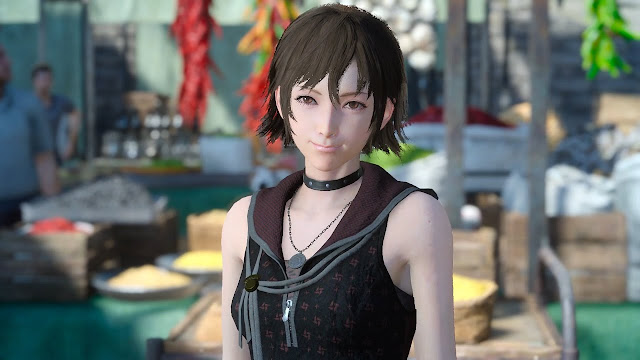 Celes (Final Fantasy VI); In a cast packed with great characters, my favourite hero from Final Fantasy VI is Celes, a former general of the evil empire turned hero fighting for liberation and liberty. She’s also a great character because in combat she’s so versatile – she’s got the magic abilities and the armour for the front lines, and if Square Enix played their cards right with her role in Dissidia, she could be that super-tricky all-rounder that’s not a master of anything, but is absolutely deadly in the hands of someone who really knows how to utilise every one of her skills to their max to counter a wide range of specialists. 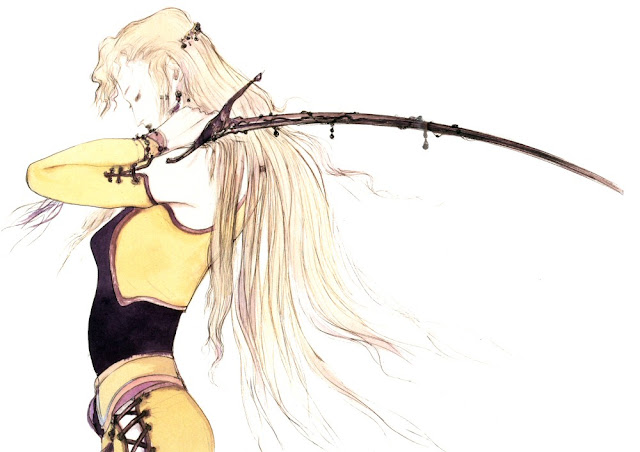 Chocobo (*The* Chocobo, not *a* chocobo); Chocobo from Final Fantasy Fables is every bit the hero that the “human” Final Fantasy characters are, and he’d add both visual variety and combat range to the game. His ability to change hats (and thus roles) would be a nice tactical change to the Dissidia formula (yes, other games have characters that can shift between roles, but why not use the first non-human cast member to introduce a new mechanic)? 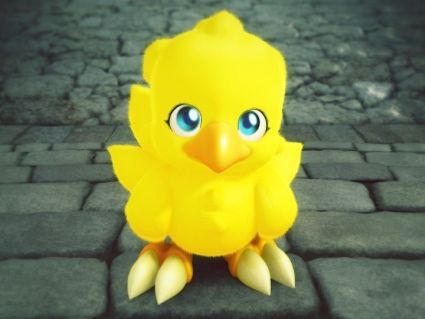