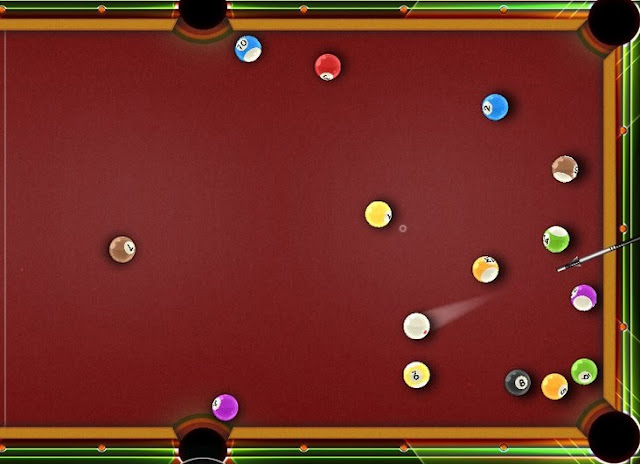 I love pool. It’s a game of angles and mathematics, strategy and skill. I’m absolutely woeful at it in real life, but that’s mostly because I haven’t had the time, patience or money to invest in getting good at the physical elements of the game; being able to properly handle the cue, and effectively put spin on the ball and so on. The actual angles bits I’ve got down pat.

So I quite like video game takes on pool, and play plenty of them when they land on consoles. The Nintendo Switch is the ideal platform for pool, thanks to the portable nature of the Switch, coupled with the processing power of the console – because while it looks simple enough, a good pool game requires plenty of processing power. So I found myself downloading a copy of Premium Pool Arena. It’s workable, but it’s certainly deceptive in the name; there’s nothing premium about this one.

There are only really two things that a pool game needs in order to be worthwhile; it needs spot-on physics, and it needs quality AI. The physics are incredibly difficult to get right with pool. We are, after all, talking about the movement of spheres, and whether it’s speed across the table, or the way balls bounce off one another, event the slightest inaccuracy in the physics engine becomes very noticeable to any player with even a basic familiarity with pool. 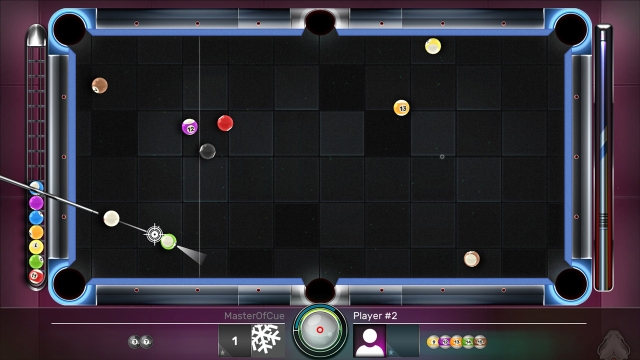 AI’s important too, because it’s difficult to program AI to make mistakes, and pool is as much a game of minimising mistakes as it is taking the initiative. As you play pool you need to be constantly aware of what you can do to make it easy for your opponent to make a mistake; by placing the cue ball in a difficult position, for example. Well-designed AI will both make mistakes in a way that seems natural, and then try and exploit the environment in a way that they try and maximise your chance of making a mistake.

Premium Pool Arena does a very standard job of both. It gets the physics down just right, without having the spectacular silkiness of motion that we’ve seen in VooFoo Studios’ pool games in the past. Those remain by far the best digital take we’ve had on the sport, because they capture the hazy grace of motion that represents pool at its best, when it’s played under dark lighting, usually at a bar. By contrast, this game’s presentation is more functional, and the physics work without error, but also fail to adequately capture the appeal and atmosphere of the moment when two pool balls collide and veer off one another.

The AI, meanwhile, certainly ramps up in difficulty, and Premium Pool Arena will challenge most digital pool fans, but particularly at the higher difficulty settings, it feels like the AI is very artificial. They’ll make multiple near-impossible shots one after another, and I’ve watched world championships. Even those people are not that good. Then the advanced AI in Premium Pool Arena will make a slight mistake, which will be your one window to secure victory, but again, it’ll feel like the computer has been deliberately programmed to give you half a chance. AI is a fine art and the difference between “great” and “arbitrary” is very thin, but this game’s AI never plays like you’d expect a human to, at any skill level. 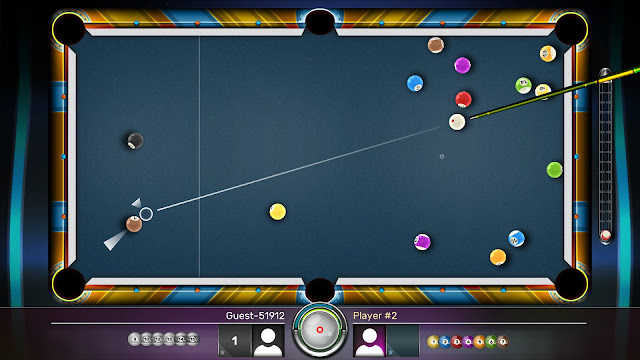 In terms of presentation, there’s not much to help this game back up its claim that it’s “premium.” For a start, the game uses a top-down perspective on the action at all times, and while that perspective is fine for giving you the information you need to successfully play pool (i.e. you can figure out the angles and the ball layout), premium is more like that gorgeous “first person” view you get in something like Pure Pool, with backgrounds and all.

Related reading: If you’re a fan of these kinds of old pub games, then also check out Pinball FX 3 on Nintendo Switch. Our review.

I’m also not amused by the need to earn and pay in-game currency for everything that you might want to do in Premium Pool Arena. Even tackling higher level AI. If you win, you get more cash, but if you lose you’re back to grinding away to beat hopeless AI to build the kitty back up again. I appreciate that this structure plays to pool’s gambling hall heritage, but it’s a ridiculous punishment for playing poorly.

Still, it’s a workable enough take on the game. Like I said at the start, pool is ideal for a handheld platform, and I can see myself playing Premium Pool Arena a lot while on trips or during short breaks. It’s a clean, efficient, and largely no-frills take on the game, and in all that it’s pleasant and enjoyable. And that’s really all that can be said about a game like this.

Hyrule Warriors: Definitive Edition has an awesome cast, and this trailer will remind you of that