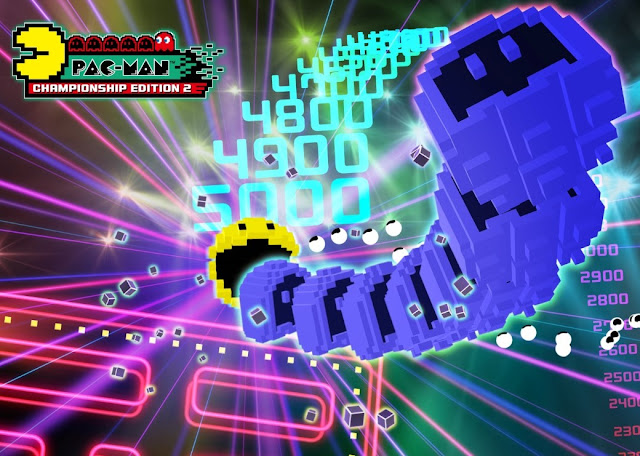 Released in 2007, the original Pac-Man Championship Edition was one of the early Xbox Live Arcade success stories. Not only did it manage to update the classic Pac-Man formula in a way that made if feel hip and fresh, but it also stayed true to its roots from a gameplay perspective. It remains one of the best arcade experiences on a home console, and is a great look at how to reinvigorate a series that had become stale.

Related reading: For a second take on the game, check out Brad’s review on the PlayStation 4.

So, it’s safe to say that Pac-Man Championship Edition 2 had big shoes to fill. While Championship Edition saw several iterations in the decade since it released, it never had a proper sequel that really changed things up. To Bandai Namco’s credit, it has added a ton of mechanics to the sequel from bomb jumps to boss fights. It all adds up to create something that is a completely different experience, but it’s not always for the better.

While the core gameplay is still very much Pac-Man, as you’re still going around a maze eating pellets, it’s a much more frantic affair than previous versions. One of the key changes is that hitting a standard ghost no longer results in instant death, as players can bump their way around the screen. It’s a more forgiving experience, but one that gets messy as the game adds a bunch of miniature ghosts around the screen that eventually join in on chasing Pac-Man. I like that the developer didn’t play things safe, but sadly these changes just get in the way of what’s fun rather than adding in more layers of nuance to the arcade fun. 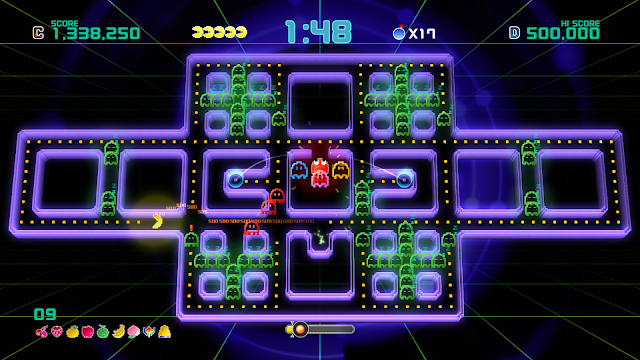 There’s a lot of content to be found within Championship Edition 2. I had most of my fun in the Score Attack mode, which have the player trying to set a high score within a certain amount of time. This is where the high-score chase happens, and while I never had the same desire to continually up my scores like in the original, it’s a solid short burst of fun. The other main mode has the player taking on missions, and they’re very hit-or-miss in nature. Some are fun, but never to the point where I’d want to replay them, while others have tight timers that make them a burden to get through. My least favorite stages were the boss battles, which result in a strange series of mazes and having to chase after moving power-ups.

As the name indicates this isn’t a straight port of the 2016 release. The “Plus” portion of the game comes in the form of a new multiplayer mode that has players working together as two different versions of Pac-Man. It makes a number of changes to the regular formula so it can work as a cooperative game (for example, you have to surround a ghost from both sides in order to eat it), and it feels awkward due to it. I didn’t have much fun playing with another person, and had an even more unfulfilling experience when playing with a computer-controlled bot. No matter how you play the new mode, it’s a pretty big miss.

One of the most pointless additions to the Switch version is the poorly implemented HD Rumble. Every single time the player clears the screen they are greeted with a blast of rumble for two seconds. It’s jarring the first time it happens, annoying the second, and more grating with each occurrence. Thankfully, it can be turned off within the settings, but it adds absolutely nothing to the game besides draining the system’s battery life. 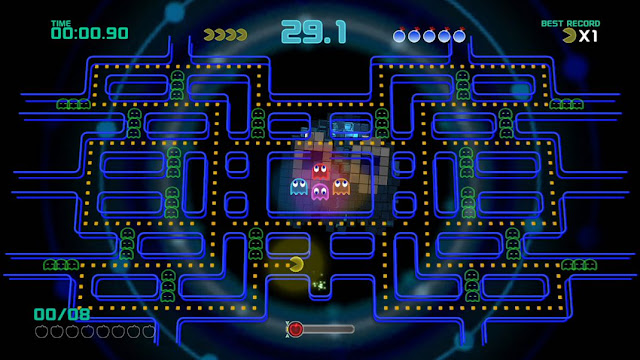 Related reading: For more classic Bandai Namco action on the Nintendo Switch check out this pack of retro games.

Ultimately, Pac-Man Championship Edition 2 Plus is proof that bigger isn’t always better. The additional gameplay mechanics only get in the way of how fun the original was, and makes the screen a busy mess at times. The saving grace is that the Switch version of the game is perfect for short play sessions, which makes it a decent purchase for those that want Pac-Man on the go.