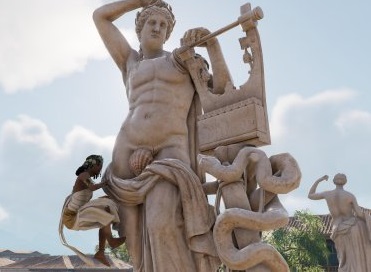 Museums are, of course, designed to be catalogues of our history – to reflect, as objectively as possible, the life, culture, art and events of whatever period they focus on. It’s intensely important to our future that we remember our past, and I don’t know of many people that would claim the work that museums do is not important, and educational.

So it’s a weighty thing for Ubisoft to aspire to when it states that it would like to see the Discovery Tour used by people (and perhaps even schools) as a “museum-like experience” for educational value. Ubisoft actually put the Tour into schools to research the impact that it had, and as reported by Engadget:

In one study, they had half of a history class learn about ancient Egypt while playing the game, while the other half was taught a traditional lesson by their teacher. In the end, 55 percent of the students who went through the normal class passed a follow up quiz, while 42 percent passed it after playing Discovery Tour. Only 22 percent of the students passed a preliminary quiz, prior to those lessons.

Of course, this is what we call “vendor-led research” and the vested interests involved mean that the results need to be taken with a grain of salt, but I don’t want to take anything away from it; Discovery Tour is a brilliant idea and initiative, and anything that helps students – or people in general – become more interested in history is a very good thing.

But. There is a catch.

The same game censors nudity in all the art that it depicts in the game. Statues that would have been nude historically are covered up. We’re talking seashells stuck over nipples and dongs here. Ubisoft has confirmed that this was done to account for the age of people that they expect to play the Discovery Mode, as well as cultural sensitivities:

Discovery Tour was created to offer the maximum amount of people from various ages and cultural backgrounds the ability to visit the long lost world of Ancient Egypt and learn about its history. We worked hand in hand with educators and academic institutions to tailor the content to be suited for every audience, including younger students, taking into account cultural sensitivities that can be different from one country to another. 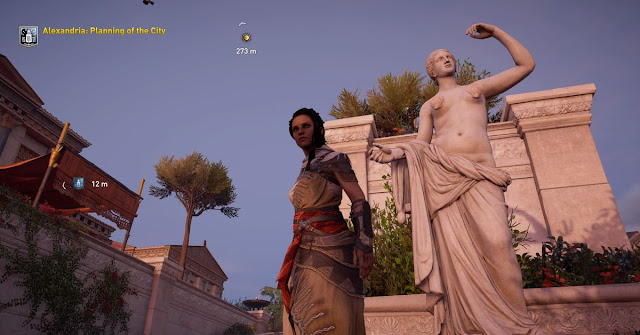 I’m not sure I can accept this reasoning. We’re talking about depictions of art here. A child can walk into almost any art gallery of any significance and there will be nudity on display. For centuries artists have used the human form as a muse, and so many of the greatest works of art are focused entirely on that. There’s just no getting away from it. And we don’t ban children from art galleries. So I don’t accept the notion that nudity, in the context of the depiction of works of art, is in any way something we need to “shield” children from. Especially in an educational context, as most trips to art galleries are for younger people.

And remember, Ubisoft is explicitly stating that this is a “museum-like experience.”

I think this concerns me more because it points to a broader trend that’s going on in the art world and our society at the moment. At the start of the month, an incredible pre-Raphaelite painting, John William Waterhouse’s Hylas and the Nymphs, was removed from display at the Manchester Art Gallery, for reflecting poorly on depictions of beauty by modern standards. It is true that there is an important discussion to have around how classical artists – and the culture they worked in – approached and depicted beauty. But at the same time, an art work can be appreciated for its stunning technique (as Nymphs certainly exhibits) and artistry while still having that conversation.

In many ways, modern society is going through an extreme puritanical swing at the moment where depictions of nudity and sexuality alike are fiercely criticised and censored. On that level I understand Ubisoft’s concern, that if they had have left the depiction of these art objects in, nudity and all, they would have had a mob, pitchforks and all, outside their offices. But at the same time they are doing students a disservice by re-interpreting art by our modern standards. Surely the real value in looking back at classical and ancient art is to use it to put ourselves in the mindset of the people of the time – a time where nudity wasn’t anywhere near the great moral crisis that it is today – and through that we gain a richer understanding of the history and culture of the time.

Hell, surely there’s value in letting people – of all ages – know that nudity isn’t something to be embarrassed of, to shy away from, or to avoid talking about. The great power of art is that it generates conversations and encourages people to learn more about something. By making nudity in depictions of art the subject of shame, all we’re doing is instilling puritanical values into the next generation, and the increasing hostility towards the human body isn’t going to lead anywhere good for our society.

What people don’t seem to realise is that Simpson’s episode made famous for the “won’t somebody think of the children” quote, and the act of putting jeans on the Statue of David was a scathing criticism of the way people in our modern times look at art. Discovery Tour has the most noble of intentions, and I still applaud Ubisoft’s development team for it. At the same time I can’t help but be disappointed with the revisionism – despite the game being open and honest about it – and the puritan streak that runs through it via the censorship of ancient objects of art.

If you’re going to make something explicitly educational, then you need to be more responsible about what people will take away from your work than that.