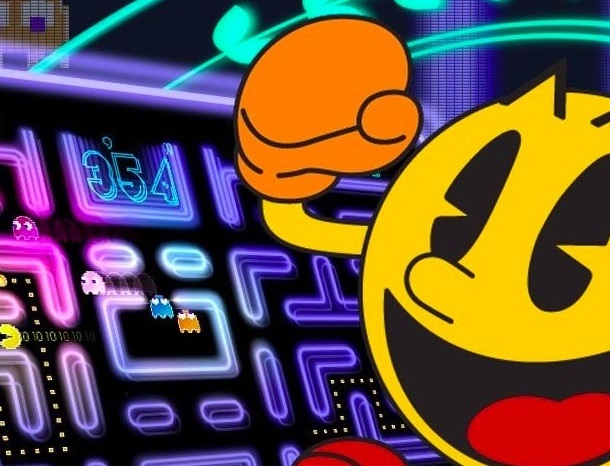 Namco Museum Collection isn’t what you’d call essential, were it not for one little thing. This package of 11 games from yesteryear is nothing that you haven’t had the opportunity to play, and consume, a hundred times over by now. A couple of the games are perhaps lesser known, and there may well be some people who have yet to witness how awesome the original Splatterhouse or The Tower of Druaga is… but do you really need yet another version of the original Pac-Man, Galaga, or Dig Dug? Probably not.

But there is one game in that pack of 11 that is an utter must. A game we haven’t been able to play since its original release way back in 2003 (and even then only if we bought a shoddy racing game – R Racing – that it was packed in with); Pac-Man Vs.

Back in 2003, Nintendo decided that it needed to give people the ability to use their Game Boy Advances in connection with their Gamecubes; the idea being that through a specialised link cable you’d be able to use the GBA as a second screen, which could be for inventory storage, or maps, or other “secondary” features. Sound familiar? It’s basically the same concept that drove the Wii U. Nintendo should have taken a hint from how spectacularly unpopular that idea turned out to be, in hindsight. I only remember playing two games that even used the link cable; Final Fantasy Crystal Chronicles, and Pac-Man Vs. Of those, it was a complete novelty in Final Fantasy, but essential to Pac-Man Vs., and that game, developed under supervision from Miyamoto himself, was absolutely brilliant. 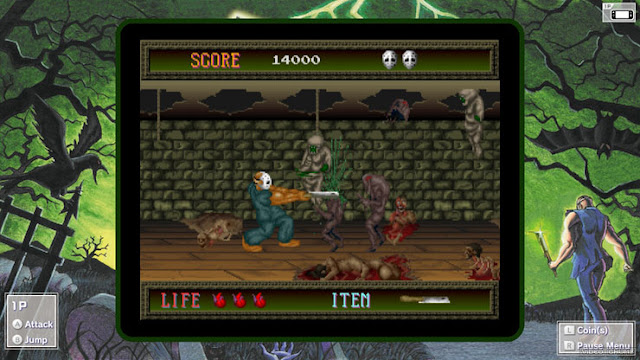 In Pac-Man Vs. one player would take on the traditional role of Pac-Man, trying to munch his way through all the dots in a level. The player playing as Pac-Man had the GBA, hooked up to the Gamecube, and would play by looking at the whole map, as displayed on the GBA screen. The other three players would play by looking at the TV screen itself, and they took on the role of ghosts, trying to hunt down Pac-Man. The trick was that they could only see a limited section of the maze individually, so they needed to work together to track down Pac-Man in the first instance, and then trap him as he tried to escape.

I cannot emphasise enough just how brilliant this set-up, simple as it was, turned out to be. Retro collections, such as Namco Museum Collection, should be all about tapping into nostalgia, and I have truly wonderful memories of uproarious laughter and intense battles as the supremely balanced conflict between Pac-Man and the ghosts played out for hour after hour with friends. And now, a decade and a half later, I’m finally able to play it again. That’s when a retro collection proves itself.

The requirements to play are pretty stiff, mind you. On Nintendo Switch Pac-Man Vs. requires two Switches. One player takes control of Pac-Man and has an entire Switch screen to him or herself. The other three players need to crowd around the second Switch. It works a treat if you happen to have a friend with a Switch of their own and, thankfully, there is a free app that allows the second Switch to run Pac-Man Vs. without needing a full copy of the game. If you can pull all of those requirements together, Pac-Man Vs. really is the perfect local multiplayer game, and the perfect realisation of the kind of experience that Nintendo was promising this console would be about with all those videos of people huddling together to play the Switch together on airplanes or when out and about. I genuinely recommend the entire Namco Museum Collection just for Pac-Man Vs. if you’ve got the setup and friends to make it work. 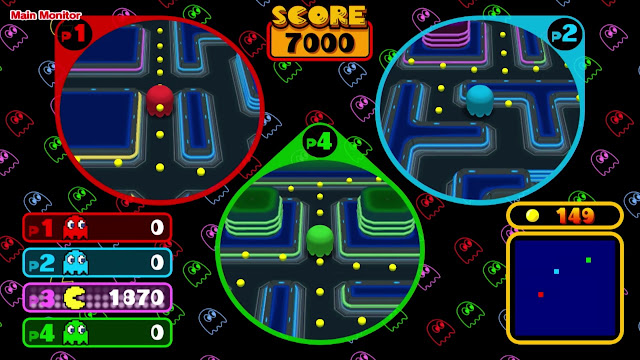 The other ten games in the package are, of course, genuine classics, and they are all emulated perfectly, but as I said at the start, chances are if you really love any of these games, then this will be your umpteenth version of it. It’s likely you’ve even got them in one portable form or another, so the Switch’s function as a portable console isn’t a benefit here.

That being said, there are some interface features that really help. By default each game looks a little small on the Switch’s screen, because wide screens didn’t exist back in those days, so a retro game needs to have massive borders on the Switch’s wide screen in order to maintain the fidelity of the visuals. However, you’re able to adjust the stretch and fill of the game to the screen however you like. So, if you don’t mind a stretched wide screen and characters in exchange for getting rid of the borders and having the entire Switch screen filled with gameplay, you can do that. You can also flip the screen to a vertical position to play each game in a screen ratio that closely mirrors a real arcade machine; another great benefit of having the joycon controllers detachable.

And, most critically of all, all ten of the games have full leaderboards for high scores (Pac-Man Vs. is the exception, as it doesn’t track scores as an arcade game). The fundamental appeal of all old arcade games is seeing if you can top the scores of others, so being able to participate in a global competition anywhere in the world, and at any time (scores will be synced when you get back home if you’re playing outside of the Internet connection of your Switch), adds plenty of competitive spirit to the package. 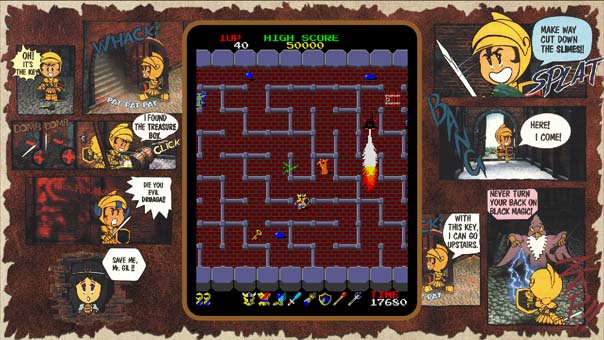 Namco Museum Collection is going to be considered expensive for what it offers. These are, for the most part, very old arcade games, and people have played them many times over by now. The perceived value of a game like Pac-Man is next to nothing, because it is so ubiquitous. But looking at it from another point of view – Pac-Man is one of the most important all-time classics for a reason, and some of the other nine games in this pack aren’t far behind. I know that if the Switch is the only console I carry around with me (and these days that basically is the case), it’s nice to know that I have a package like this on the console for when I’m feeling nostalgic. And the inclusion of Pac-Man Vs. is an absolute masterstroke of brilliance. That is a rare retro game, and finally having it readily available on a modern console is something that anyone who enjoys local multiplayer should get excited about.