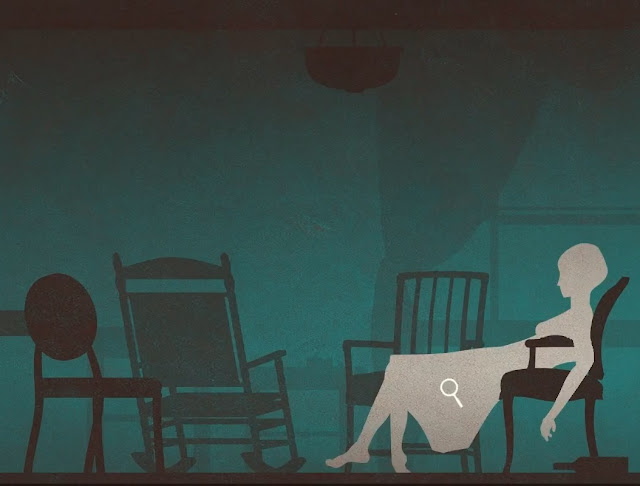 The hardboiled detective novel is a cornerstone of American literary history – authors like Raymond Chandler and Dashiell Hammett constructed an anti-hero archetype which is no less than iconic. The image of a sly, quick-witted private detective and an eclectic cast of morally grey suspects is instantaneously recognisable, if not from classic novels like The Big Sleep, then from the Hollywood film-noir era. A Case of Distrust comes as the latest attempt to systemise this genre into the gaming medium, and, by focusing on a strong narrative backed by complex characters, does a whole lot of things right.

As opposed to cinematic detective games like LA Noire, A Case of Distrust feels much more indebted to the written word. Developer Ben Wander wants the player to read, using a minimalistic art style to necessitate verbal descriptions of characters, actions and locales. The effect mimics an old-fashioned detective novel, where the reader needs to imagine their surroundings and thus becomes more susceptible to the author’s deceptions. For example, in the game’s opening scene, the main character notices an intruder in her house, and only after some tension is built does the audience realise that the whole sequence has been about a cat. It lets the player know that the game itself is going to trick them.

This pairs well with the primary game mechanic – location sleuthing, speaking to suspects and contradicting potential lies: a feedback loop reminiscent of visual novels like Phoenix Wright, or adventure games like Broken Sword. These actions guide the player through an evocative narrative filled with mobsters, love affairs and double-crosses, and it’s a whole lot of fun to try and figure the whole mess out. A handy notebook keeps all the characters and plot tabs summarised at the ready, and the game itself doesn’t overstay its welcome either clocking at a brisk three hours to finish.

The game’s 1920’s setting is realised perfectly, and historical elements such as WWI, race and gender discrimination and prohibition weave their way into the undercurrent of the game’s story without feeling heavy-handed. I admire how the developers breathe life into an old genre by sanding away the places where values might clash: the game has a female protagonist, treats all its characters sympathetically regardless of background and manages to explain the key values of its time through dialogue. In between locations, players will have the option to speak to their taxi driver, which is used as a way to world-build and to remind the player of the game’s cultural climate.

The characters are also well conveyed and engaging. Lit up in vague silhouettes and backed up by snappy writing, each character has a distinct personality and motivations which makes them a joy to interrogate. Each one is multidimensional, and the player is given the implicit choice to see them in a sympathetic or suspicious light. This is a noir game through and through, even showing through the artist’s decision to shadow each character in a distinctive block colour reminiscent of black and white cinematography techniques. While they lack the humour of Phoenix Wright’s defendants, there’s a more mature complexity in A Case of Distrust which will surely appeal to fans of the detective genre.

My only real qualm of the game is the pacing. A Case of Distrust feels closest to a print novel than any other medium, liberally using written text and dividing conversations into what feel like book chapters. It functions brilliantly if the player knows where to go, and each revelation and plot twist is immensely satisfying. That being said, if the player loses the trail, they lose it hard. There are dozens of different story threads, pieces of evidence and hearsay which players are able to cross reference with the variety of suspects in the game, but oftentimes it’s only one connection which can further the plot. Sometimes, pieces of evidence which seem like they might at least warrant a proper response instead bring up the generic “you’ve made the wrong choice” message, and because there’s no indicator of which conversation topics you’ve already pursued, it’s easy to get confused if you’ve taken a break or lost your train of thought. The most egregious case happens towards the end of the game which involves hopping back and forth between suspects frenetically, and players who don’t pick up on the subtle clues will be in for a world of frustration. 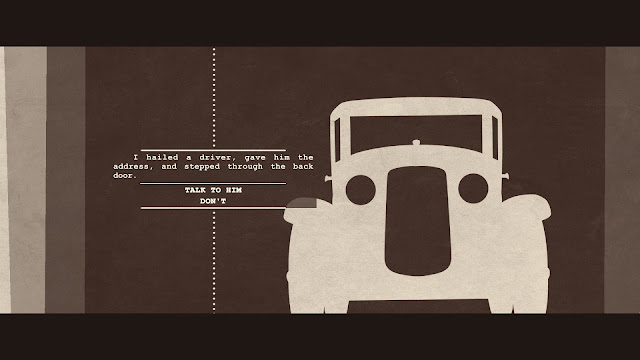 A Case of Distrust has a narrow target audience in mind – their players would have to be fans of the hard-boiled detective genre, with knowledge of all the genre’s tropes and trappings, but also have enough familiarity with adventure games to navigate some of the steeper leaps of logic the narrative makes. This game is gripping if it’s working properly, but lose the trail for a moment and suddenly it’s a scramble for meaning until you’re back on track. A dearth of hints, an enormous plethora of potential leads and an overall lack of narrative urgency means that only the dedicated players will see the game through to the end. A good detective novel can spellbind its readers with only words. A Case of Distrust can too, if you have the patience and concentration to make it through the whole way.