If anyone is going to bring the Lovecraftian murder mystery The Infectious Madness of Doctor Dekker from PC to console, it best be Wales Interactive (Late Shift)! Developed by D’Avekki Studios, the FMV game is coming to Nintendo Shift, PlayStation 4, and Xbox One in the (Northern) spring. The beginning of every game comes with a random murderer, and as a psychiatrist you must solve the crime while still treating the, ahem, “unusual” patients of the deceased Doctor Dekker. Check out the newest trailer here:

Lynda Cowles, Co-Writer at D’Avekki Studios, claims the game, “put the psychology in psychological horror.” In a press release, she continues, stating, “each character has layers of twisted story to uncover and the player can choose to help them and steer them towards their happiest ending, or hurt them and lead them somewhere much darker.” The Infectious Madness of Doctor Dekker is a text adventure FMV, allowing the user to type questions or keywords. Moving away from PC it is now optimized for console use while anyone with a keyboard can still type questions if they so choose.

In the game, you as a psychiatrist explore the unreal realities that your patients experience. There are six suspects and five side-quests, with multiple endings available for not only discovering the whodunnit but explaining what happens to you and Doctor Dekker’s patients. There are over 1600 HD video responses to find, which means hours and hours of replay.

There’s plenty of Zwei headed to PC next year!

Nihon Falcon’s satirical RPG series, Zwei, found its way to western shores earlier this year with Zwei: The Ilvard Insurrection. Not one to let a good thing lie, XSEED has announced that it will also release the original game in the series; Zwei: The Arges Adventure, in “winter.” Which means summer for those of us in the south, and it means it’s not long away now.

Zwei is notable for not taking itself too seriously, combining Nihon Falcom’s reputation for quality action combat with plenty of self aware puns and narrative nonsense. But even as you’re laughing along with the game, you’ll also be loving the hand-drawn aesthetics and rich, team-focused combat system.

This PC release is actually the first time the game will have been made available in the west, so it should be a real treat for Nihon Falcom fans and fans of retro JRPGs in general. This one was released for the first time on the PS2 and PSP, after all.

I think it’s safe to say a lot of us here are huge fans of NISA and the Japanese titles it brings to Europe and North America. Until now that has included a good amount of Spike Chunsoft games, including the Danganronpa series. The North American subsidiary is entirely owned by Spike Chunsoft Co., Ltd.; located in Long Beach, California, its official title is Spike Chunsoft, Inc. This company will serve as its base of operations for both global publications and localisation. It will also publish titles by MAGES. Inc. (parent company to 5pb.). 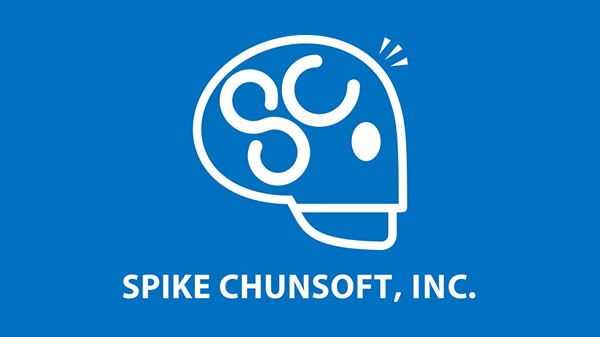 Spike Chunsoft Co., Ltd. and Spike Chunsoft, Inc. president and CEO Misutoshi Sakurai said in a statement, “As Spike Chunsoft, it is out goal to cultivate [undiscovered entertainment] potential into something new and memorable that transcends time, genre, and nationality… Given how the instantaneous speed of information has become the norm, we believe that communication with our overseas audience directly is a new avenue for us to create joy.”

While we are all sitting in anticipation for the final episode in the Life is Strange prequel, titled ‘Hell is Empty,’ the developers are releasing information about a special bonus chapter which will release after the conclusion of Before the Storm.

Not much had been known about the bonus chapter, ‘Farewell,’ since its announcement other than that it is a reward for those purchasing the Deluxe Edition of Before the Storm. The developer’s blog has revealed that two familiar faces will be back for the episode. Ashly Burch, who has been on the writing team at Deck Nine during the development of the prequel will be back as Chole, and Hannah Telle will also return as Max.

The developers confirmed the bonus episode will be released in 2018. However, the news that Ashly Burch will be reprising her role of Chole has left us expecting a pretty special episode which will do the original game justice. Despite the excellent performance from Rhianna DeVries who played Chole in the other three episodes of Before the Storm, fans are definitely excited for the return of Burch, who couldn’t voice the character due to union strikes.