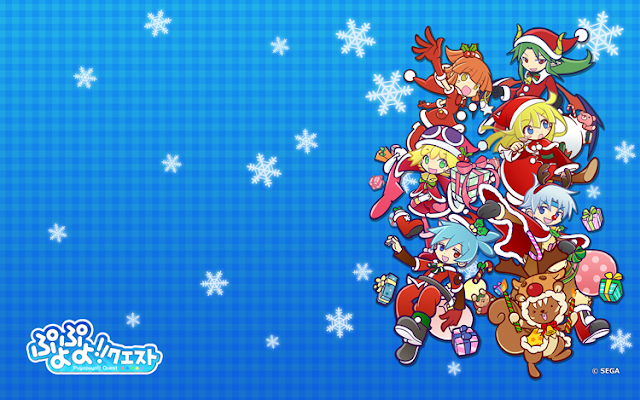 Game #7: Puyo Puyo Tetris
(Read our review of the game here)
The relative accessibility of puzzle games means they translate brilliantly to a casually competitive environment (so long as the more experienced players pull their punches a little). Anyone who has played video games probably has some passing knowledge of Tetris, or failing that, falling block puzzlers. As such, you can whip out Puyo Puyo Tetris and expect to entertain a broad crowd for a while using two of the genre’s most prolific properties. Puyo Puyo Tetris isn’t just two great games, though. The real joy begins when the chain combo shenanigans of Puyo Puyo merge with the more orderly Tetris in a crossover mode like little else out there. The initial insanity and confusion upon trying that mode guarantees some good laughs. 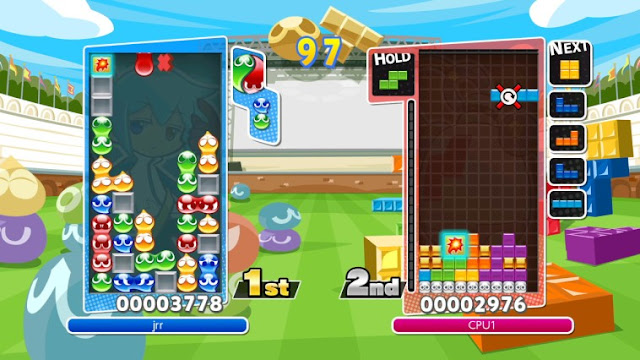