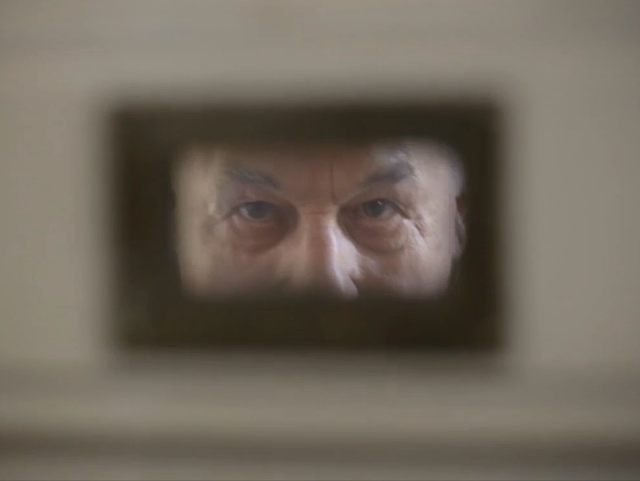 I am not the only person who considers it no coincidence recent worldly events have been taking place at a time in which World War 2 is fading from living memory. Take Brexit as an example, with the British population disregarding the European Union greatest achievement: no army crossing the Rhine for the longest period in “civilised” Europe. Or, for that matter, Trump’s election, and the ability of Nazis to come out of the woodwork and openly proclaim their ideology. We have even seen it in video games, too, with Call of Duty sold to us as merry World War 2 family entertainment for the holiday season. Have a merry Christmas as you play through an event claiming close to a hundred million lives and making billions miserable!

Related reading: It’s about a different war, but In The Name Of Freedom is another must-play for a serious take on war. Ginny’s review.

Given these absurd circumstances, a video game aiming to achieve the exact opposite of Call of Duty and demonstrate what World War 2 felt like to real people is a development I accept with open arms. And such is the promise of Attentat 1942, a video game that intends to impress on its players what life in occupied Czechoslovakia was like under the Nazi regime. I reviewed Attentat 1942 on a Mac; it is also available on PC.

As you may remember, Czechoslovakia was taken over by Hitler before World War 2 officially begun (frankly, given World War 2 has been revised in history textbooks as “the mighty masculine Americans saved us all, shining armour and all, fin”, I actually doubt many remember that at all – ed). It started when parts of the state were given to Germany as part of the Munich Agreement’s attempt to appease the Nazis; the rest was taken shortly after without the locals being able to stage much in the way of opposition, and the powers of France and Britain still hoping Hitler could be peacefully contained. For what it’s worth, even after the war Czechoslovakia wasn’t too lucky and had to endure several decades on the other side of the Iron Curtain. [Given just how recently the country regained its proper independence, anyone reading this should take a moment to reflect just how lucky they are to be able to do just that.] 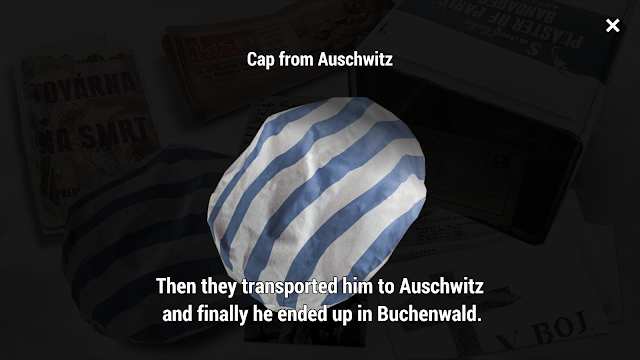 Attentat 1942 is centred around the incident in which Reinhard Heydrich, the high ranking Nazi official in charge of Czechoslovakia at the time (and also one of the main architects of the Final Solution) was attacked at Prague, the Czech capital. He died from his wounds a week later. As one can imagine, the Nazis did not react to this incident with much compassion.

You play as the 2001 answers-seeking grandchild of characters directly affected by the German response to the assassination. Your goal is to investigate the story behind your grandfather’s arrest by the Gestapo. Nowadays (that is to say, 2001 in game time), that grandfather is old and is in no condition to talk; you therefore collect your clues by talking to others who lived through the times. As you go about, you bump into dead ends, and uncover hidden personal stories spiced with wartime bitterness. Not the type of stories you’d hear by the Christmas tree, or the stories that Call of Duty and its blockbuster ilk use in breathtakingly blind devotion to the idea that war is something heroic, but rather stories relating to Nazi collaborators and concentration camps.

The game works by offering a sort of a “choose your own adventure” path in between video clips depicting your interviews with various people who answer by flashing back to 1942 events. The next clip you will watch depends on the next question you will ask these people. To differentiate the two time periods, 2001 is depicted in color (often using videos shot with intentionally low depth of field) while WW2 events are depicted in black and white through old reels, photos and animation. 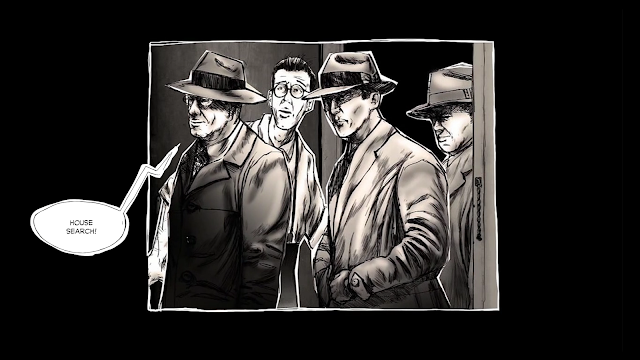 At its very start, Attentat 1942 clarifies the characters you’re playing and interacting with are fictitious but that, at the same time, the events depicted are real. Real people or not, your interviewing will dig up details on true historical events (which can then be further explored through the game’s built in encyclopedia), as well as information that will help you on your personal quest. Alas, I was unable to find a particular skill that helped me choose the right question to ask from the ones the game offers; it was a more or less a trial and error affair.

You can repeat interviews and potentially ask different questions through spending the game’s currency of coins. Don’t worry, it’s not stuff found in loot boxes; you are not required to spend money to get those coins. Rather, you earn them by playing mini games (not that it helps alleviate that mild sense of grind). Those mini games come in a variety of flavours, such as: Where would you hide leaflets from the Gestapo (pick an object)? What story will you tell to please the Gestapo (choose quickly from sentence parts)? What objects in your apartment should you destroy given the likely visit you are going to have from the Gestapo? If you guess correctly, you earn a coin. Spend your coins wisely, and you might expose more mini games that allow you to earn more coins.

At first, it only occurred to me I am in the thick of playing a mini game after it had already started. Given I couldn’t really track back, I did feel genuine pressure. I will put it this way, I did not earn many coins… 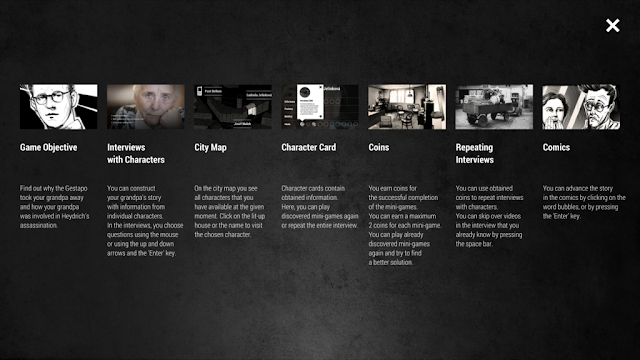 Probably more importantly, the mini games are not your typical skill games. They test things like the ability to come up with an appeasing answer before an opponent you’re completely helpless against, or your knowledge of Czechoslovakian World War trivia. Given one is not expected to be good at such things, I got the feeling the mini games were designed for me to fail – thus further conveying what the war felt like to people at the time. And if you do want to succeed in the game, then, hey, you have to adopt that state of mind of living under an oppressive regime. Which, I assume, is the whole point of Attentat 1942.

Related reading: Perhaps the most well-known serious look at the impact of war in games is This War of Mine. Our full review.

Although short in duration (my meticulous approach lasted two hours plus), and it really needed more to the game for the kind of story that it was telling, Attentat 1942’s poignancy managed to stir me on several occasions, and its ending in particular was touching. It is more an example of very well produced interactive educational presentation (emphasis on education), but that’s a good thing. To ignore this for lacking the bombast of a Call of Duty is a loss that is entirely yours, since World War 2 is an important part of our history and, as Attentat 1942 as well as recent events point out, it is in danger of fading out of our collective memories. Or, worse, being replaced with false memories drilled into us via the military hero worship propaganda of a Call of Duty game.