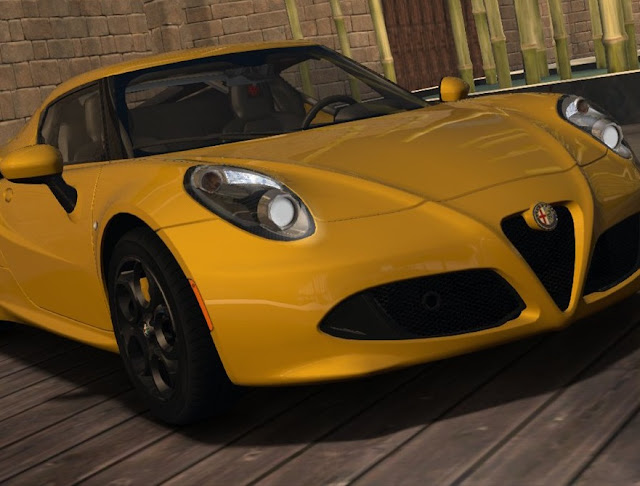 One of the genres that the Nintendo Switch is going to struggle with is racing games that are more serious in tone than Mario Kart. It has nothing to do with the power of the console, but rather, the way it’s designed. Specifically, it lacks analogue shoulder buttons. The sheer precision that is granted to you with the shoulder buttons on the PlayStation 4’s controller for titles like Assetto Corsa, Project Cars and GT Sport makes for a racing experience that simply feels great. Hitting those perfect racing lines and clipping a fraction of a second off your best time is enabled thanks to having such fine control over how you accelerate and break in your car.

Related reading: Over on PlayStation 4, the most recent racer worth looking into is GT Sport. Matt’s review.

The Switch’s shoulder buttons are, unfortunately, digital, and because of that, right from the outset Gear.Club Unlimited can’t quite recreate the fundamental racing experience of the games that it aspires to me. Not that it tries to be a super-serious racing simulation, like GT Sport, but certainly aims to give players the ability to hoon around in real-world cars. Unfortunately because acceleration and breaking are now all-or-nothing, pedal to the floor or foot off the pedal stuff, the game never quite manages to properly capture the feel of racing to the standard that we now expect from these kinds of games.

With that being said, Gear.Club really does aspire to be the go-to real car racing game on a console that can’t be expected to have another one for quite some time. There is a lot of racing packed into the game, for starters, with dozens and dozens of tracks to race on and cars to unlock and upgrade. Sadly those tracks are broken down into mobile phone-like progression systems, where you’ll earn between one and three stars for completing each track, and then you’ll need a certain number of stars to unlock the next track. I find this to be a cheap way of pacing progression (especially when you’ll still be unlocking stuff after 500 stars), but otherwise I quite enjoyed the gameplay loops, and the rate at which I was unlocking new stuff to play around with. 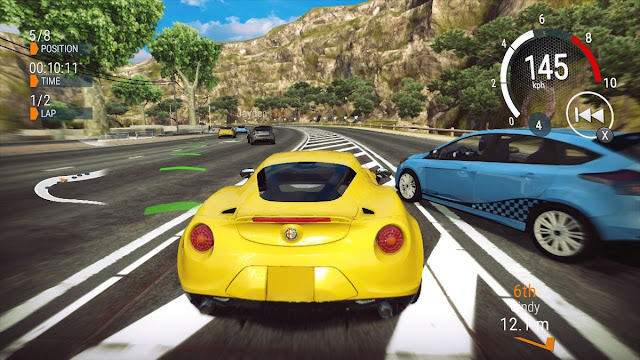 The cars are fully licensed from manufacturers like Lotus, Alfa Romero, Dodge, and so on, and there’s plenty of them – including my father’s own model of Lotus Elise, a car I do love driving in in real life. Each car can be upgraded a whole lot by taking it into the garage, and the garage itself has a lot of upgrading that you can do, which will allow you to upgrade your car further. For example, you can upgrade the garage’s ability to upgrade your car tyres. All of these upgrades on top of upgrades are purchased using in-game currency and yes, as you can probably guess, Gear.Club does come from the mobile platforms originally, so those progression systems were clearly once tuned towards sucking money out of players via microtransactions. As far as I can tell there are no microtransactions in the Switch version, but in rebalancing the game that way it seems to have now veered towards being far, far too easy. I was able to keep my cars upgraded well beyond where they needed to be competitive in (normal difficulty) races, and I was able to purchase new cars as I needed them. As a result I very, very rarely felt challenged in the single player game.

It looks good on the Switch in handheld mode. Environments are varied and have a nice level of detail in them, and the cars themselves are gorgeously rendered. Unfortunately on the track the experience is more limited than what I’m used to (and expect) in my console racing games; there’s only two camera angles to choose between (and sadly neither of them is not my preferred “at the steering wheel” perspective), and while the game has a gorgeous engine, the lack of an in-game photo mode really lets it down in terms of letting us show off how good it all looks. I do suspect that the game will look a little cheap on the Switch in docked mode and displayed on the big TV, but for out and about racing, it does its job admirably.

One thing you will want to do is turn off driving assists as soon as you get out of the tutorial. They make the game a twitchy nightmare to actually play. Turning the assists off still throws some odd physics that will be confusing to fans of racing games at first. For example, taking wide turns around corners often works better than hitting the usual tight racing lines, as cars have a remarkable ability to take a corner wide and turn nearly 90 degrees at the last second. But those quirks are still better than having the auto-assists fight with how you want to race every step of the way. Anyway, there’s minimal risk of sliding out or doing into an endless loop of inadvertent donuts in Gear.Club as you would in more serious racing games with no assists if you’re not careful; while it’s not a purely arcade racer, there’s certainly a focus on the satisfaction of getting around fast, and you don’t need assists for that. 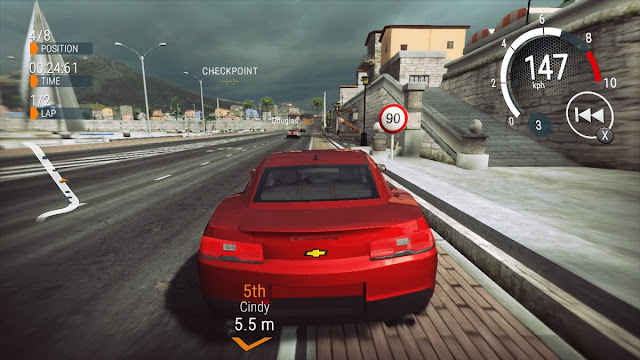 The other really big problem with Gear.Club is the limited variety. Against the AI almost everything is broken down into standard races, and then “time trials” which look and feel just like regular racers, only with the AI cars replaced by “ghosts” that still race on the track, but can’t be collided with. There are different kinds of tracks (for example, there is rally driving), but there’s not nearly enough to differentiate that from standard road driving; it’s slightly easier to lose control, but hardly an accurate recreation of how actual rally driving is done (or, at least, what I’ve learned about rally driving from the likes of Codemasters’ Dirt).

Related reading: And of course for racing games on Switch you can’t look past Mario Kart. Our review.

There’s online play, but it’s a purely time-trial-and-leaderboard experience, and given how important upgraded cars are to performance, it’s only really worth participating in once you’ve got fully upgraded cars. There is local multiplayer, which will be the pick of the experience for most people, I suspect. In a really nice touch, this game supports four player split screen… a rarity in a world where developers want you to play online so they can monitor (and thus monetise) the way that you’re playing.

I really like Gear.Club, though it is overly simple as far as “serious racers” go, while also lacking the personality and spirit that makes an arcade game soar. It’s a game that’s hampered by being on the Switch – a console that’s not really mechanically built to enable serious racers. At the same time it benefits from being on the Switch, where there isn’t any real competition just yet.