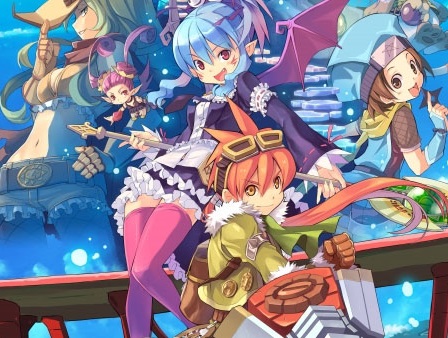 Zwei: The Ilvard Insurrection (Zwei II in Japan) is a fun and well designed action JRPG that has just been localised and release, finally, well after its original release in its homeland (2009). Voice acted for the first time as an added bonus to the localisation, there’s more than enough to keep you going for plenty of hilarious dungeon crawling.

Zwei kicks off with leading man, Ragna, having his plane being shot down by a cat riding a dragon while on a delivery job (you read that right). All because he got a glimpse of another dragon rider’s face and was so smitten by her big eyes that he forgot to dodge the first dragon’s blast (you read that right). Finding him near death thereafter, another hero, Alwen, infuses him with her blood, saving him, but also then allowing her to use him to help her take back the rest of a set of magical powers that were stolen from her. It’s video game narrative at its most vintage, and could only ever make sense in the context of being a video game.

Anyhow, in the end Ragna wants to help because the villains that shot down his precious plane also happened to be the mob that stole Alwen’s magic, and so the two set off for the start of some serious dungeon crawling with some very un-serious storytelling along the way. 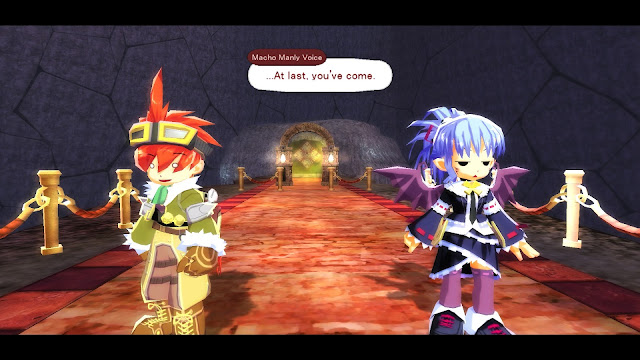 From a gameplay perspective fans of Nihon Falcom will find plenty to love here. Zwei is an older game but like the Ys and the Xanadu series, they remain very playable today. Falcom has only improved its action JRPG mechanics over the years, but it’s a statement that even a title from ten years ago can be just as enjoyable as one that they release today.

Zwei is built on an interesting principle. Instead of choosing one character or the other, you use the “A” button (if using a controller) to have Ragna physically hit enemies and “Y” to have Alwen launch into magic from her staff. The two share health (on account of sharing blood at the start of the adventure), and it’s game over if, combined, they take enough damage. It’s a neat little trick; it could have been done better by strengthening the narrative context around it and building on concepts of trust companionship (as games like Ico have demonstrated, it can be a powerful theme), but as a clever mechanic in an irreverent story, it still works a treat.

Following on the shared experience is an odd, but interesting, JRPG leveling system built around someone’s clear love of food. In order to level up both Ragna and Alwen have to chow down on copious amounts of. But things take a bit of a turn, because while food grants experience, it can also be used to heal up, making the food a critical resource and leading to some agonisings choices on whether to keep the food in reserve as “potions” to deal with bosses, or putting it towards levelling up. In a game that’s not overly complex on the statistics, this touch of resource management adds an important layer to the depth of the game’s action system. 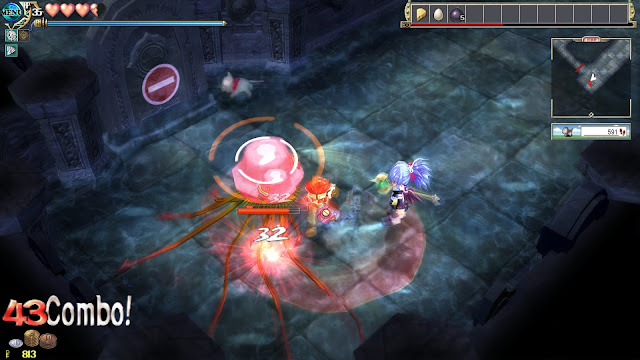 There are other elements, such as the ability to get pets to tag along and “widgets” to unlock that add important elements to the HUD like a minimap. While the latter can be useful, the former changes things up for the better as it adds real character to the games obligatory JRPG “loot” loops. While standard cash in JRPGs is one thing, pets can also help out in combat and honestly with a cat following you around that specialises in paw to paw combat? How could you lose?

I do have an issue with Zwei, though I’m not sure if it’s because of my familiarity with Falcom or it’s just something that I would have expected within this style of experience. Both Ragna and Alwen can attack and jump but they can’t dodge. Jumping can be used to get out of the way of enemy attacks, but visually it’s an odd one, and never “feels” quite right. Of course we’re all used to rolling around to get out of the way of enemies in our action games now, so we’ll just chalk that one up to the age of the game.

With a bit of touching up, Zwei:The Ilvard Insurrection looks good for a game that came out almost a decade ago. With a great combat system that is supported by a good deal of lighthearted storytelling, this is an action RPG that people who have enjoyed games brought on by Nihon Falcom’s recent rise in prominence in the west shouldn’t miss out.