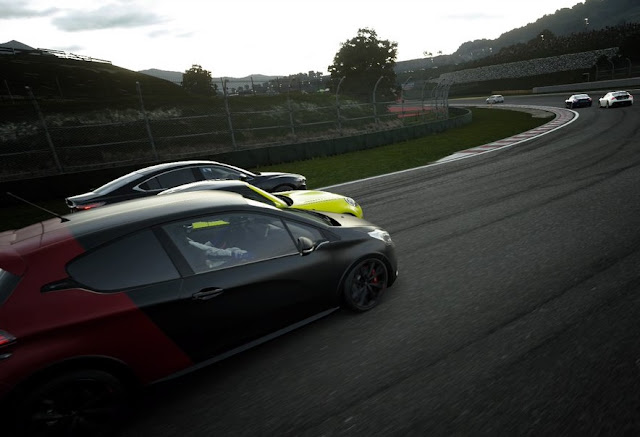 I’m going to get my biggest gripe with Gran Turismo Sport out of the way from the start; the requirement to be online in order to save your game is trash. If the servers are down then all those cars and tracks you’ve spent hours unlocking are simply not available to you. You can still play some offline modes, but only using stock cars and the handful of tracks that are unlocked at first. At some stage into the future the servers for GT Sport will be shut down permanently, and that’s all you’re going to have available to you forever after; a severely gimped game with barely any content. Were GT Sport an MMO, then I would understand, but it’s not, and I struggle to see any real justification for not allowing people offline saves.

Whew. Rant over. Putting that (major) issue aside, GT Sport is a gorgeous game. It’s not the perfect racing experience, not now that we have Project Cars 2, but what it does focus on, it does better than any other developer out there.

It sucks that this game’s VR is only 1 vs 1, because it is INCREDIBLE #PS4sharehttps://t.co/a4WPstOLNX pic.twitter.com/0Z04JJMPS9

On-track you’re not going to notice this too much thanks to the speed of the action… but then you’ll switch the photo mode on, and it becomes very apparent, very quickly that this game really is all about those cars. GT Sport’s backgrounds aren’t incredible; they’re mostly a collection of clearly 2D renders of distant scenery and blocky and simple tree, grass and dirt textures up close. But those cars, and the lighting system, is just impossible to look past. There’s a comprehensive photo mode in this game, with every filter and real-life photographic trick you could possibly want access to, and I’ve spent hours playing around with this feature, taking some quite amazing “photos” in the process.

Gran Turismo bills itself as a serious car racing simulation, but the reality is a little more complex than that, when compared to the really serious car simulations out there. The game has the physics down right, with demanding racing lines and turns forcing players to come to a quick understanding of braking, acceleration and the weight of their cars. Even the very slowest category of cars can be very difficult to navigate around tracks if you’re not willing to approach the action as you would real life racing. This is offset by some highly forgiving physics when cars come into contact with one another. I’m not going to lie here – I’ve used other cars to assist my own turns around corners more than a few times. That trick works less reliably the more powerful the cars get (and you can always turn car damage on to really discourage yourself and other players from this behaviour), but it speaks to the general “dodge ‘em car” physics of car collisions that you’ll feel like you can get away with this in the first place. Project Cars is far less tolerant for unsafe driving, and far more realistic as a result.

The other area where GT Sport loses out on being a complete simulation of racing is the relative restrictions to the racing settings themselves. You’re limited to racing at a few different times of day, and the weather’s set for you beforehand. Unlike Project Cars you can’t set up your own transitions through different kinds of weather and times of day. You can tweak your car in a number of ways, but you won’t be spending hours messing around with the most fine details like you would in Project Cars. GT Sport wants you spending more time on the track so you can earn the (in-game) cash to unlock more stuff, and some of the most overt simulation elements have been sacrificed in order to keep this pace up. 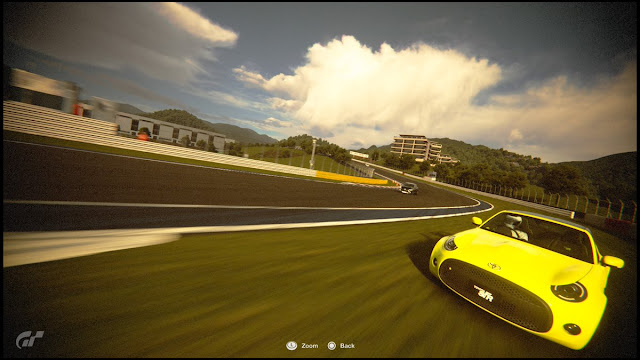 Career mode is limited to completing a series of specific challenges, which was actually quite disappointing. The main thrust of this game is more towards the online play (unsurprisingly), which is less of a selling point for me, but the time trials and single race modes are still rich enough that I’ll forgive it that one.

Most disappointing of all is the VR mode, but it’s only disappointing because I found it to be so amazing that I wanted so much more from it. The VR effect in GT Sport is incredible, and I found it easier to drive in this mode because what I was perceiving around me was far closer to the real-life driving experience, so I have a more natural sense of when to break and accelerate. I would have loved to play the whole game with the goggles on. Unfortunately, though you can race on every track and with every car, you can only race against one other AI car in this mode (and not a particularly effective opponent), and there are no rewards in terms of the in-game cash from this mode. As a result it feels very much like a proof of concept for a future Gran Turismo VR than a fully-fledged gameplay mode in GT Sport, and that was quite crushing.

I know that this review sounds negative so far, so here’s the point that I just have to emphasise how much I enjoy GT Sport. I’ve played a lot of racing games over the years, from the most arcade-like of all (Mario Kart), right through to serious simulators like Assetto Corsa and Project Cars. None of them have quite managed to nail the feeling of swooping around a corner and slipping past another racer in the process. And to me, that feeling is everything in making for a good racing game. Hitting a clean line in the Gran Turismo games has always felt so incredibly rewarding, and that has to do with much more than just its physics engine. It’s an X-factor. In partly because the cars look so good that, when you’re driving in a favourite, it’s easy to imagine that this is how your favourite car would feel to race. But equally it’s because the developer has simply hit the right balance between simulation and accessibility that you’re not stressing over absolute accuracy, as you would in Project Cars, and can therefore enjoy the thrill of the curve that little bit more. 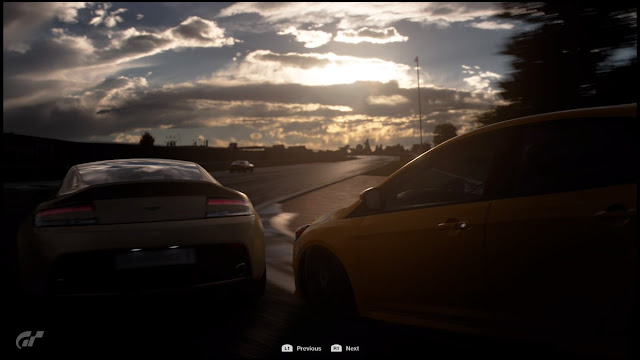 Related reading: It’s far more niche, but Assetto Corsa is another racing game that fans of serious racing should be really paying attention to. Matt’s review.

And there are just so many cars to collect. It’ll feel like a grind to some, but it’s a deeply enjoyable kind of grind, to slowly build up a garage filled with your favourite cars, and then take them for a spin. Aside from the VR mode, just about everything you do will earn you credits, and milestones will unlock additional cars outright, so there’s a steady stream of new stuff coming into your game that the aforementioned grind will also never feel like it’s getting bogged down. GT Sport has a huge number of different “classes” of cars to choose between. Within each class the “feel” of each car isn’t as different as you might like, but the classes themselves each require very different driving styles, so there’s more than enough in the game to keep you playing – and trying to master the game – over a long period of time. Cars and manufacturers have little history summaries within the game, too, which only goes to further emphasise that the game really is all about them.

Really serious racing game fans will probably find more value in a title like Project Cars, and at the same time GT Sport is a little too much of a simulation to hook in a player whose idea of a complex racing game is Wipeout. That being said, there is real value in this game as a relatively accessible and forgiving simulator that is gorgeous enough that it can act as a stepping stone to welcome newer players into the world of serious racing simulators. More than anything else, though, I’m looking forward to what I hope proves to be an inevitability; GT VR.