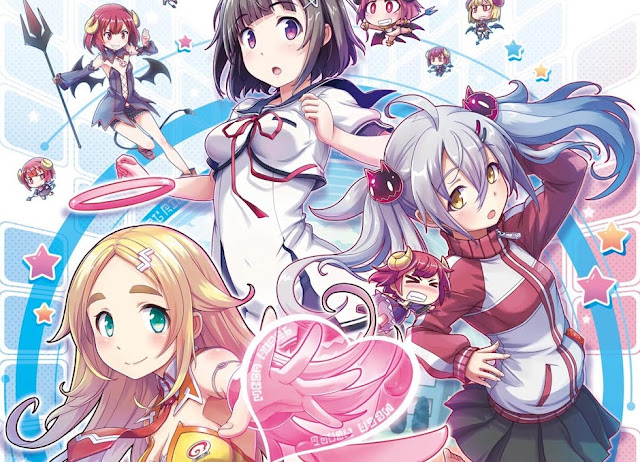 So, here’s the shocking truth; Gal*Gun Double Peace, a game deemed so perverse that the New Zealand censorship board needed to ban it to protect the nation’s very morality, isn’t actually perverted at all.

It wasn’t intended on being perverse, it wasn’t designed that way, and in what I am sure will be surprising to many in the west, the people that created the game are normal, intelligent people. Not creepers wearing nothing under trench coats. And that remains true for the sequel too, currently in development and already confirmed by localisation outfit, PQube, for release outside of Japan as well.

Given that the game is set at a school, and gives you, the protagonist, the ability to make the girl’s uniforms transparent, it seems odd, to western sensibilities, to make the above statements. But that’s only if you don’t factor in the cultural differences between Japan and the west. To us in the west, sex themes are taken seriously. Even when sex is addressed in the spirit of comedy, it’s still a topic that can’t be trivialised, and it’s still considered a very adult kind of subject that needs to be walled off from popular culture (and thus potentially the eyes of youth and children) as much as possible. And because of this, if a film, game, or other piece of content can be associated with sex themes – whether via innuendo or the presence of underwear, fetish gear, or nudity, that content immediately becomes the dominant feature that we focus on in the frame, regardless of its purpose and context.

But to the Japanese, who are far less fixated on or concerned by sexualised imagery, these kinds of things can be backgrounded easily, in lieu of a greater joke or message. It’s why when I watch Japanese ads, every hour or so I’ll see at least one that would be instantly banned in Australia because of the way an actor is dressed or its innuendo. It’s why Japanese TV, in prime time, can have a man in a g-string creating poses where it looks like he’s completely naked (and have him become a minor celebrity for it). This stuff simply isn’t offensive to them, particularly when it’s done in the spirit of humour. And unless you’re about to claim the Japanese have a somehow inferior culture (and boy are we going to have issues it you’re going to claim that), you then can’t rightfully claim that it’s wrong for them to find this stuff funny and not perverted in the slightest. 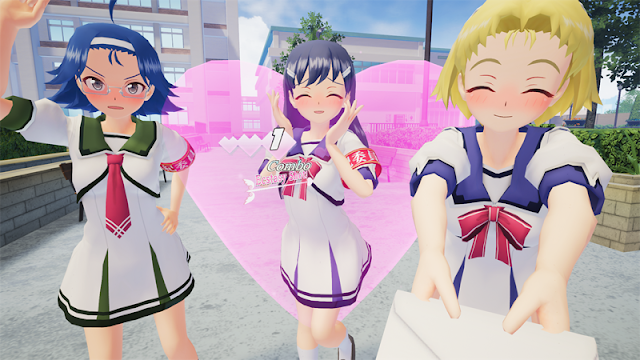 To the Japanese it’s the joke that’s important. Sexualised content is a harmless delivery mechanism for that. So, when I was at Tokyo Game Show this year, I had a chat with the developer behind the games, Inti Creates, about just this topic.

“When we make these games, the game is made to evoke a sense of baka – it’s a stupid, silly game,” Inti Creates (the developer of Gal*Gun) CEO, Aizu Takuya, said. “That was the main purpose. Yes there were naughty or ecchi parts to it, but that’s not the focus. That is a small part of the overall lighthearted silliness to the game.

“It’s disappointing that some people only see it as a game that is perverted, when that’s not even a significant element at all.”

Gal*Gun: Double Peace was instead designed to be a subversion of shooting genre norms. In an industry that is so inundated with endless gorefests, the team at Inti Creates wanted to flip the content on its head and, in the process, demonstrate how fundamentally silly all content in shooter games is.

“We wanted to have a fun shooting game,” Aizu said. “A lot of shooting games have zombies or other things that you need to shoot. So we thought ‘wouldn’t it be funny to replace zombies with cute girls?’ That’s pretty funny and silly. It’s ridiculous, right? 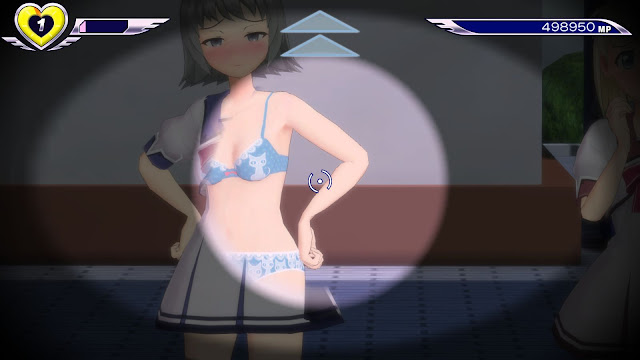 “That is the focus of Gal*gun; to take something negative, or even scary – that you’re shooting zombie or killing things, and turn those same gameplay mechanics into something light, funny and positive. The idea that you’ve got all these hordes of cute girls coming at you and you think ‘oh that’s great’ but in the context of the story, that’s not your goal. You have the love interest that you’re trying to build a relationship with and fall in love, and all these girls are standing in your way. So it’s the same idea as in other shooters that you’ve got an end goal and you need to defeat enemies to arrive it it, but unlike so many other shooters you’re not actually hurting them. It’s a funny, silly, not-negative situation.

“So, yes you can see the girl’s panties at times. We know there are going to people that have that narrow scope and only see panties when looking at the game. They’re going to say ‘oh they’re showing panties this some some weird perverted sex game,’ and it’s unfortunate that they’re not looking at what Gal*Gun is really about.”

Made in Japan, for the Japanese

A point of contention – particularly as part of the New Zealand censorship organisation’s decision to ban the game, was its setting at a school. Naturally that setting draws attention to the age and youth of the characters, and in light of the focus that western audiences place on the game’s sex elements, this can be discomforting.

So I asked why set both Gal*Gun and its sequel in a school, and not some other environment, like a hospital or office? According to Aizu, it was due to the familiarity of the setting. 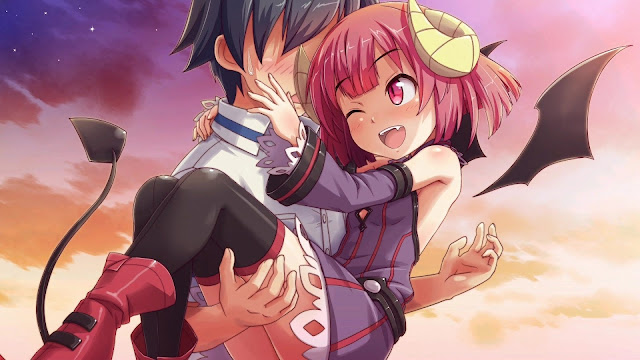 “There are so many stories in anime and manga set in school grounds that it’s an instantly recognisable setting,” Aizu said. “It’s also something that all Japanese players will be familiar with, as we all spend many years at school, which have a distinct aesthetic in Japan. If the series goes on, we would certainly be looking at expanding on the universe and looking at other settings.”

This answer reinforced that Gal*Gun is very much a game developed specifically for a domestic audience. The team at Inti Creates knows that the game has a niche appeal outside of Japan. Were it not for the advent of digital distribution and the rapid increase in the number of niche localisation outfits like PQube (the localisers of Gal*Gun and its sequel), it would be unlikely that this game would ever have been localised – a fact that Aizu acknowledges was the case back when Gal*Gun first started as a concept.

“When the concept of Gal*Gun was created and the game first went into development, the international market wasn’t thought of at all. This game was made by Japanese creators for the Japanese market,” Aizu said. “For a while the international release and overseas marketability never crossed our minds. And then as time went and Double Peace come to light, we met with PQube we came to realised that there are some people people outside of Japan that like this very Japanese content. So we were able to work with PQube to get the game localised and published in the west but if you were to ask us ‘what was our big game plan in getting this game into overseas markets?’… There wasn’t one.

“We made the game for the Japanese market.” 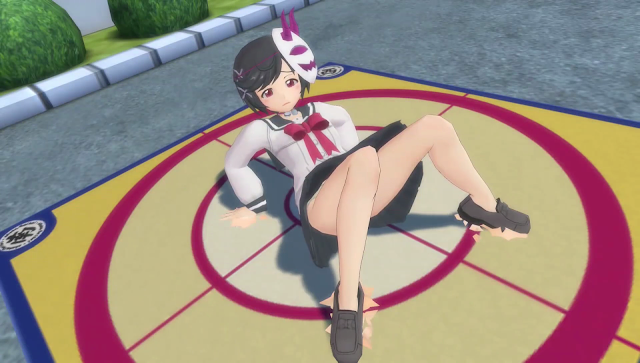 Related reading: Another feature piece on why Gal*Gun is anything but a ‘pervy anime game’

The upcoming Gal*Gun 2 will likely be as divisive and controversial as the original, and we can probably expect that, given the similarities in content, it will face the same censorship challenges. So don’t hold your breath for it, New Zealanders!

But for those of us that do get to play it, we can expect a bigger and better game. The events in Gal*Gun Double Peace ran over a single day. Gal*Gun 2’s timeline runs over several days and will give you greater opportunities to interact with the other characters in the game. So it will be a far more fleshed out and in-depth experience, while maintaining that same sense of humour as the original.

We hope we get to play it. Because it really does look hugely entertaining, silly, and good fun.

Ten games the Nintendo Classic Mini: Super Nintendo Entertainment System is missing and should have had