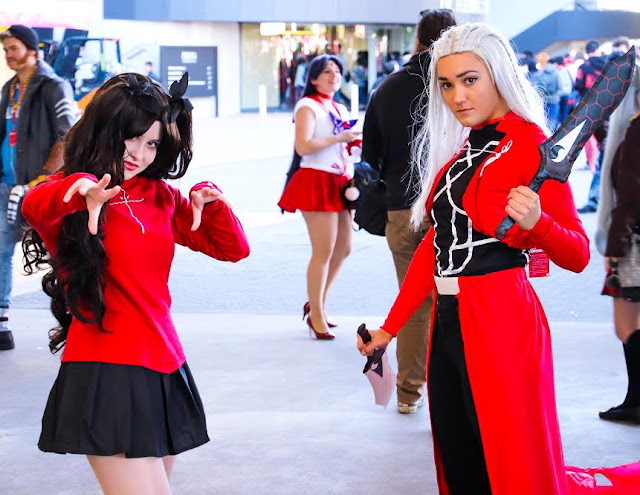 One of the best things about going along to a convention like SMASH is seeing what the cosplayers come up with, and indeed the characters, anime and games that are hot that particular year. And the cosplayers came out in force for SMASH 2017; it was such a vibrant, colourful convention thanks to the costumes that everyone was wearing there.

There were, of course cosplay competitions as well for people who wanted to take the hobby to the next stage and compete, both in adopting the character’s clothing and their persona. But more than anything else, cosplay is an excuse to have fun, and it’s so awesome to see just how behind the event the Australian community is gets.

The photos below have been significantly downsized for use on the Web. If you’re one of the cosplayers and would like the full resolution image, please contact me on matts@digitallydownloaded.net. No charge, of course. Thanks for allowing me to photograph your wonderful costumes!

To look at the first gallery of photos, click here.