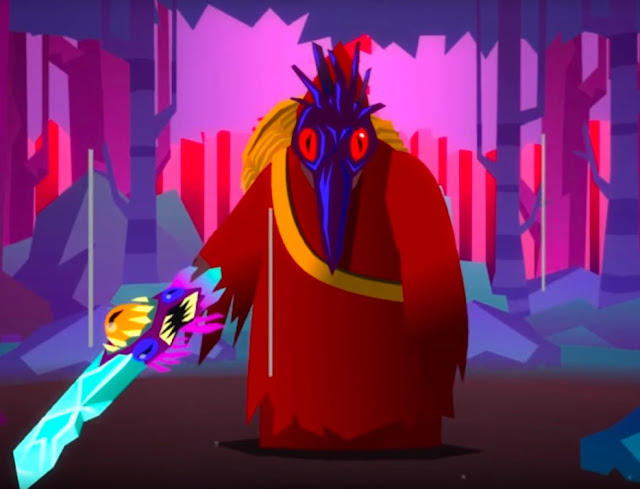 Like any other dramatic medium, games have cottoned onto (and often gleefully exploit) suffering and tragedy as a means to establish narrative depth and strength. When we reach for reasons why protagonists behave in a certain way, it’s incredibly easy to root motivations in tragedy – it’s the closest thing to hand when you reach into a storyteller’s bag of tricks, and it’s been that way ever since the archaic epics of Ancient Greece, and likely even earlier. Severed is a game that doesn’t shy away from an incredibly stark portrayal of grief, and it delivers a mechanically rewarding and emotionally satisfying mouthful.

Related reading: Matt’s review of the iPhone release of Severed.

Severed was originally a Vita release that made its way onto iOS, and as you might expect from the name, it involves a healthy amount of touchscreen slashing. What might be less expected, however, is the story’s premise. You play as Sasha, a woman who’s had her arm recently severed by violent means. Instead of giving you years to recover, a la Tales of Berseria, you’re thrust into a monstrous world before the blood on your bandages can begin to dry and you’re told that if you don’t act, your family will die.

There isn’t much in the way of backstory initially, but that plays to the game’s atmospheric strengths. The overworld is disorientating and creepy in its clashing colours, and the music is a steady thrum reminiscent of Chinese funeral procession music – it constantly invokes cymbals, wooden instruments, and discordant harmonies that build a tense momentum as you venture further into nightmareland. Since it’s a dungeon crawler in its own right, you traverse location after location in the hope that you’ll find your family before they’re devoured alive by this world’s inhabitants, and each dungeon contains its own clues and tragic murals that serve as narrative breadcrumbs. Stumbling upon bits of the story and piecing it all together is much more satisfying than being told exactly what’s going on every couple of steps, and playing Severed made me realise how underutilised this form of narrative delivery is in modern game development. This title is absolutely brimming with symbolism, so even if you find all the pieces of the puzzle, so to speak, you still have the job of interpreting the knowledge that you’ve gathered, and this is the first of many layers that you’ll have to work through. 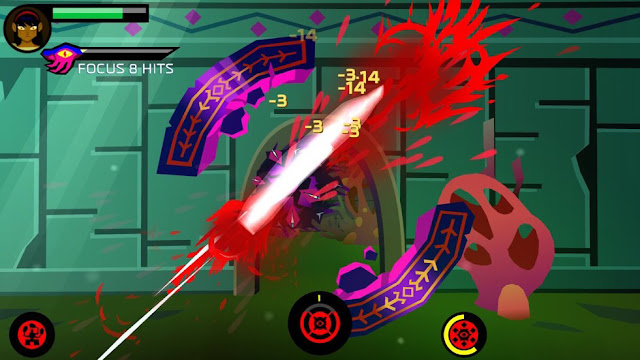 Cradling the narrative layer of Severed is the one comprised of dungeon crawling and exploration. Typical of the genre, you get plopped into a new zone as a means of progressing through the game’s levels, and each involves walking around and being on your guard for the next thing that could pop up and attack you. However, Severed indicates possible enemy locations by small hovering flames that block your path – this means that you can choose to find ways around them by exploring other areas first, or you can do what I did i.e. clear out an entire dungeon’s baddies so that I could solve environmental puzzles at my leisure.

Exploring is definitely key here because of the sheer variety of things littered throughout the levels alongside the monsters trying to eat you alive. The game introduces these to you gradually in the form of new interactable mechanics and difficult terrain, both getting more complicated and/or changing as you progress further in the game. There’s trap doors, religious artifacts, beautiful murals, toxic gas, and those are just the tip of the iceberg when it comes to how the game adds flavour and difficulty to the usual dungeon crawler approach of of wandering around until you find the stairs. Once you get good at spotting rooms with hidden interactions (helpfully marked out for you on your minimap once you’ve entered them), you’ll start to wonder if every fork in the road leads to something valuable, and this detective work feeling reward is key to making you want to take the time to poke your head into every nook and cranny.

The real icing on the layer cake of this game, however, is the combat. I absolutely cannot stress that enough. Admittedly, the Switch isn’t the world’s lightest console, so I do have a gripe with the control setup. You use the left analog stick to move around, and everything else is done on the touchscreen, including the frenetic swiping that makes up 90 per cent of the fighting (and boy, there’s quite a bit of that). The best, and only, way to play Severed is in handheld mode, and unless you want to get a cramp, you’ll probably want to lay the console flat on a table to a) get enough height for hassle-free swiping and b) avoid having to support the full weight of it on your left hand. That being said, while the swiping is definitely fast and furious, it’s not just a matter of getting in the most slashes per minute. 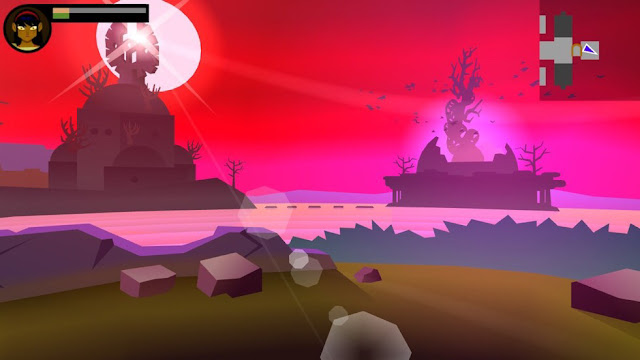 Hitting certain parts of your foes that stop them from blocking your attacks is the real key to success here – each enemy builds up rage over time at various speeds, and when they reach maximum rage, they will lash out at you. As you can often be beset by many enemies at once, managing each one’s rage will mean the difference between life and death; some can have their anger nipped in the bud by strategic striking of weak points, while others won’t and you’ll have to parry them to avoid taking a large chunk of damage. Trying to block at an angle that isn’t exactly where your foe is coming from will also result in you losing health, so you need to be precise as well as timely. This was often a little easier said than done on the Switch’s touchscreen, which lead to some frustration in battles where every millisecond seemed to count.

On top of all the above, you also have to think about your Focus, which builds up in a chain when you get successful hits off on enemies. If you hit an enemy as they’re in the middle of blocking you, however, you lose your chain and building it back up again once you’re not in the groove can be hard. Why Focus is important, however, is because the only way to upgrade your initially meager skills and strengths is to harvest parts of your enemies – you only get a short time to do said harvesting, and the option is only triggered when you have maximum Focus in battle. In a sense, you don’t only have to keep yourself alive; you also need to make sure that your enemies are kept alive long enough to reap rewards, but not long enough for them to threaten your life past a certain point. The balancing act is what keeps Severed engaging, and having enemies that are thematically built upon previous monsters that you’ve encountered means that learning patterns is a familiar challenge that stays just on the right side of repetitive.

There’s a lot to like about Severed, and the comparisons that it draws to lighter fare by virtue of its slash and tap combat are often unfair. It relies on heavy symbolism and imagery in the way that a classic like Hyper Light Drifter does; it tells a story of universally recognisable themes in grief, loss, and family, and the dungeon crawling genre is an excellent vehicle to tell a story about the fear and hopelessness of being lost in an unfamiliar world. It has enough mechanical challenge to keep you entertained, and it draws on well-known design techniques with its light puzzle narrative approach and a focus on memorising and executing patterns in combat. For a game so focused on the monstrous and the grotesque, Severed’s power lies in how it shines a critical and emotional light on an intrinsic part of what it means to be human.