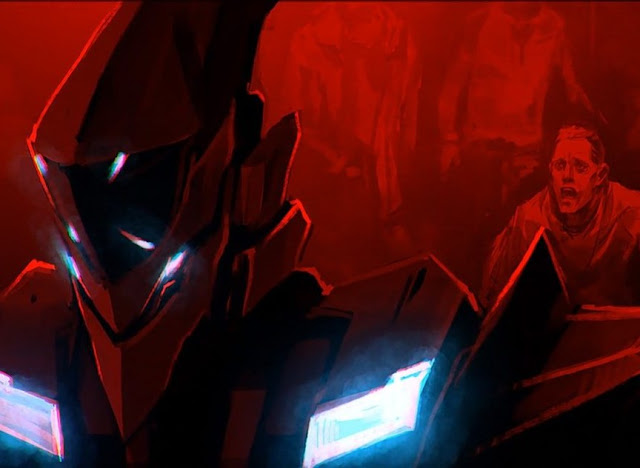 When it comes to rhythm games, Rayark is one of my favourite developers that isn’t working with Hatsune Miku. The Taiwanese house has gifted the world with a “trilogy” of genre masterpieces in Cytus, Deemo and Voez, and every one of those three are genuinely elite examples of the best rhythm game action you can find. If you’re reading this review, chances are you have a Switch, so go pick up the Switch port of Voez if you don’t believe me.

What you’d never expect a genre specialist developer like that to do is pour substantial resources into building a loot-heavy Diablo-like hack-and-slash RPG, and yet, that’s exactly what it did with Implosion – Never Lose Hope. Designed to be a premium mobile action RPG experience, with a price tag to match, on the Nintendo Switch it’s a relatively cheap game, with some quality production values, but one that can’t break away from the shallowness that you expect from mobile RPGs.

Implosion follows the story of a fellow called Jake (an uninspired name if ever there was) who is one of humanity’s last bastions of hope. An apocalypse has left most of the world destroyed, with the few remaining humans having fled, leaving what’s left overrun by robots and mutant zombie things. Jake needs to infiltrate the ruined planet using a robot machine that only he can pilot in order to dismantle a plot by these monsters to take to space and finish what they started. Along the way, Jake hopes to learn something about his missing father, who was last seen on the surface and… yeah, it’s not a great plot. The production values backing it are quite slick, with gorgeous drawn still panels telling the story at critical moments, but there’s nothing in there that you haven’t seen in plenty of games before, and the narrative isn’t very well integrated into the narrative itself; bits of dialogue frame each mission, but once you’re in those missions for the most part you’re battling without context. 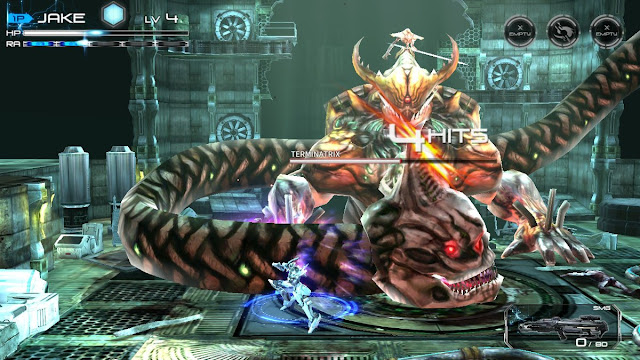 As a result, the environments themselves within Implosion are pretty, and detailed, but feel empty and dry. Jake takes his robot into industrial areas, across frozen wastelands, and so on, but the areas he explores are empty corridors and rooms that are arbitrarily strung together and don’t take long to feel like blatantly designed levels, rather than part of the storytelling experience. They’re tiny, too, with each mission being built around a couple of minutes of playtime at most, and while the levels do achieve that function of funneling players through a burst of fast action, the tiny scale of levels also creates a disjointed sense of place in Implosion. I came away from the game with no sense of lore, history, or, as a result, a reason to care about what Jake and his team were getting up to.

And that’s a pity. I think somewhere in there there’s a decent story to tell, however generic. The boy’s search for his father, the reason that the plague got unleashed in the first place, and the interaction between human and robot are all themes that are there, in a very shallow sense, in Implosion. For example, Jake controls his robot remotely, by tapping into it mentally from a secure location. Every so often, something disrupts the connection, leaving Jake’s mind in the robot with no connection back to his body, or the rest of the team. Within Implosion all it means is that the occasional level is saturated with a red colour to make it clear that it’s a “nightmare” experience for Jake’s mind and his robot. But there would have been real potential there, were the game not hamstrung by its origins as a mobile title.

Even though Implosion is a premium mobile title, and therefore free of the horrible timers and need to collect piles of different resources to upgrade equipment, it’s still trapped in the loops that are all but mandatory for mobile RPGs. As I mentioned before, levels are super-short, and grind-heavy; difficulty spikes are irritating and will force you to replay missions in order to level up your machine and acquire the Diablo-style equipment powerups to boost your ship further. There’s also medals to earn in each level for completing specific objectives, ranging from “don’t take damage” to “break all the breakable objects in the level,” or even the good old “find the secret area.” The problem is that the game doesn’t make these objectives clear before playing a level, so you’ll need to play the level through once, realise what the objective is for these medals, and then play it again to earn that medal. The prizes for earning these medals are good, too, so you will find yourself grinding out the medals even if it’s the kind of thing you don’t like doing. 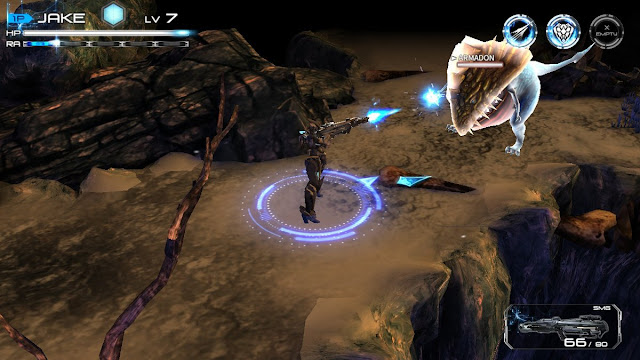 Even without the need to constantly replay missions (and then replay them again on “Hard” to earn yet another set of medals) Implosion is a little too lengthy for what it offers. There’s not enough variety in the missions, enemies, or environments (why start with a run-down industrial environment, move to an ice-and-snow area, and then jump back to yet more industrial wasteland?), and if it wasn’t for the knowledge that the boss battles are actually quite exciting, challenging, and interesting, I’d have lost interest in pushing forward far too early on.

What does redeem the game a great deal is how slick the combat system is. As far as buttons go it’s the usual mix of weak, strong, and special attacks, with a dodge button thrown in for getting around enemy attacks. There’s also the ability to whip out a gun for some ranged suppression if you want to keep the enemy at arm’s reach. While that doesn’t sound particularly inspiring, it’s in the execution that everything comes together. Jake’s robot is an agile combatant, and ducking into and out of hordes like a whirling dervish of death is hugely entertaining, particularly considering that there’s a real sense of impact behind each attack. Boss enemies, meanwhile, hit hard and can be very intimidating, and there’s no way to defeat them without learning their attack patterns, and being able to avoid them before counterattacking. There is the rare moment where it becomes frustrating to be mobbed by a couple of these enemies attacking in a staggered fashion and therefore not giving you a chance to counter at all, but otherwise Implosion offers pacey, visceral, exciting combat.

Bonus stories that are unlocked through play ends up being more of the same, with slightly different robots to drive into battle, again emphasising Implosion’s basic problem that it doesn’t offer enough context to the action to give players a hook beyond its combat loop, and as enjoyable as that is, it’s questionable to whether it’s enough to sustain the game over its entire run time. 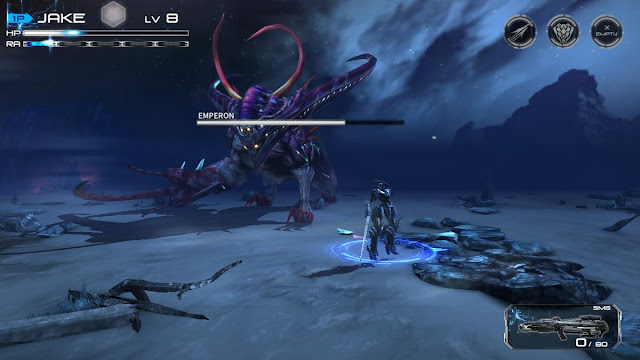 While it’s not to the standard of its rhythm games, Rayark did well with its first RPG. Implosion looks gorgeous and is a very slick production. You can tell that it’s a game that comes from a studio that has had minimal need to develop narratives previously, and on the Nintendo Switch, the game’s mobile roots hurt it, but then the Nintendo Switch is also a portable console, and as a game that’s best played in short bursts, it’s a good one to have sitting on the hard drive or memory card.