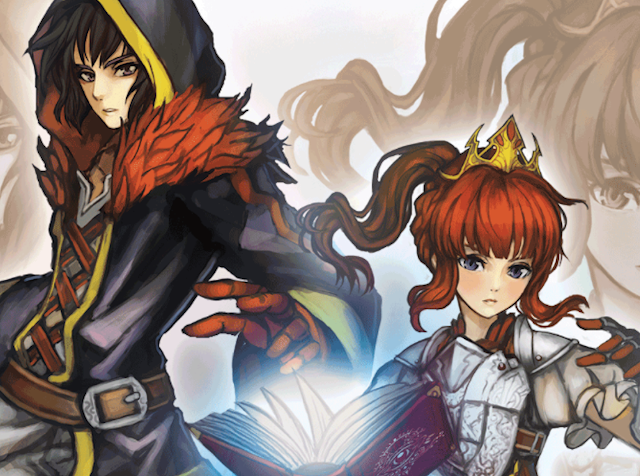 Fallen Legion: Sins of an Empire is a genuinely interesting game. It’s also different, and quite beautiful. As the start of a new IP and franchise, this is one to watch. But it’s also a game that has some brutal flaws that will need a drastic rethink in the sequel.

Set in a classical fantasy world, you play as a young woman, Cecille, who has unwillingly ended up with the crown, after her father (and whoo boy does she have issues with daddy) passes away. Unfortunately for Cecille, she’s now the monarch of a kingdom that is stretched too wide and thin, and has become corrupt, with “princes” (a political position, rather than a blood relative of Cecille) have become lazy and scheming. The parallels to the fall of the Roman Empire are many and explicit.

So Cecille sets out on a quest to save her kingdom, douse the flames of rebellion, and, hopefully, keep her head on her shoulders. Thankfully, she’s got some incredible abilities on her side. Firstly, she has access to a book, which can talk, and seems to be pretty heavily inspired by Grimoire Weiss from the original NieR in its sarcasm and personality. This book isn’t exactly a good fellow – it likes eating human souls, for example – but it is obscenely powerful, and Cecille forms a Machiavellian alliance with it in order to pursue the peace that she envisions for her kingdom.

Aside from the book, Cecille can also summon spirit weapons, which act as her tools in battle. These weapons manifest as heroes of old, and one suspects that the development team behind this game are quite big fans of the Fate anime franchise (and who can blame them for that?). Cecille can control up to three of these spirit weapons in battle, and those three form the battle party that she takes into each level.

There’s the explicit intent in Fallen Legion to tackle some pretty heavy issues around morality and leadership. Anything that throws players a talking metaphor for Machiavelli’s political theories is assuredly going to be asking them questions around morality. It’s a valuable topic to address through the arts in all forms, as it is as relevant and important as a debate today as it has been at any other time. Are political leader justified in whatever actions they take, as long as the actions reinforce their rule? Is it even possible to hold together a nation without making the Machiavellian decisions? One look at the political landscape today makes Fallen Legion’s key themes critical; particularly because making these decisions is a core part of the game play mechanics – so it’s unfortunate that it’s so poorly executed on there, but more on that shortly.

Unfortunately, as brilliant as the concept is, in execution Fallen Legion’s narrative is laboured. There are some severe inconsistencies in the script, which translates as characters – particularly Cecille herself – appearing to shift motivations frequently from one narrative sequence to the next. As I was playing, all I really noticed was that Cecille kept oscillating between being a noble, moral princess, a clueless innocent, and a slave to the will of the book, and as a result I never really got a sense of who she actually was. She’d jump between being a caring, benevolent monarch and an aspiring tyrant, sometimes within the span of a single conversation. Equally unfortunately, as Cecille is also the main protagonist through which we view the world, and the one making all the decisions, I also started to see the world itself as filled with inconsistencies. 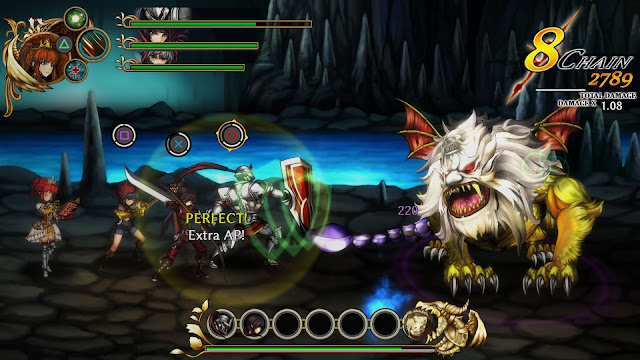 The gameplay’s messy and at times incomprehensible, too. The game’s broken down into a sequence of levels, with each level being further broken down into two components; combat, and political decision making. Each level plays on a two dimension plane, where Cecille and her party of spirit weapons will automatically move from left to right until they encounter an enemy, or group of enemies. That’s where you come in, as you’ll need to control the attacks that each of the characters make until the enemy party is dead and they can move on.

Battles play out in real time, and they can become incredibly confusing affairs. You and queue up a sequence of attacks that involve each of the spirit weapons, and certain combinations will produce powerful special attacks. So far, so good, but if an enemy attacks your party in the middle of one of those attacks, it’s cancelled. To get the time that you need to execute these special attacks, you can block an opponent’s attack at just the right time that is temporarily stuns the enemy. When there’s only one enemy to fight (such as boss battles), that’s fine. You’ll approach those with confidence; you’ll learn the attack patterns of the enemy, then wait for the enemy to attack, reflect it, and then use the special attacks as counter attack.

When you’re in a battle against multiple enemies, however, who are all attacking at different times, actually finding an opening to counter attack can be impossible, particularly because, when combat is happening, the whirlwind of activity in the middle of the screen is far too chaotic to actually follow on with. When four or five characters are all going at one another, it’s impossible to time blocks and counters, because you simply can’t pick out an enemy’s attack from all the other movement. I found these battles to often be frustrating in the extreme. Fallen Legion is never an overly difficult game, but having attacks broken down completely because you have no idea what’s going on is frustrating. 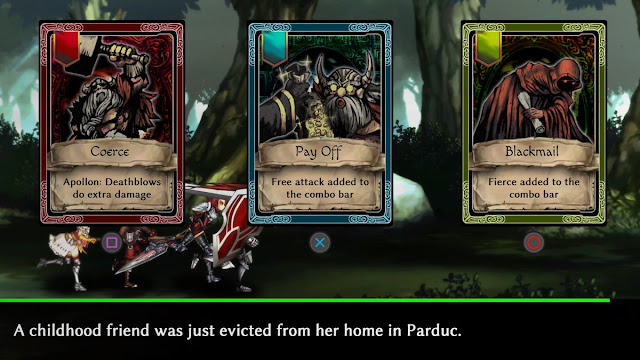 Between battles you’ll often be called on to make decisions to situations that are going on in the world. This is presented as a question or statement, along the lines of “someone was caught stealing money from a merchant” and then you’ll be given three different responses, and a short period of time to decide which of the responses reflects the ruler you want Cecille to be. The problem is that the effects of these decisions are very poorly communicated. You’re told early on that each decision has some kind of impact on the story, but there’s very little feedback within the narrative to differentiate “executing” a thief from “imprisoning” them, for example.

More practically, these decisions have an impact on the rest of the level itself. For example, you might boost one of Cecille’s spirit weapons in combat if you pick one response, but gain a powerful item if you pick another. The impact of the decisions here was more immediate and obvious, and within the first few levels I stopped considering the morality and narrative impact of my decisions, and instead make decisions purely based on the which of the options would provide me with the best combat benefits. This, I am sure, is not what the developers intended, and it’s unfortunate that the game’s themes end up being compromised in this way. This is a mechanic that will need to be carefully looked at in any further sequels.

Fallen Legion is utterly gorgeous, looking not dissimilar to something from a studio like Vanillaware, which, for a small independent project, is impressive. Characters are incredibly detailed, and environments burst with colour and verve. Indeed, the game’s art does a better job of building up the setting than the narrative itself. If I was being critical, there’s not much of a sense of culture built through the designs; characters and settings have a generic European fantasy design, which, beautiful as it is, isn’t distinctive enough to tell a story in itself, but that’s splitting hairs. The game is gorgeous. 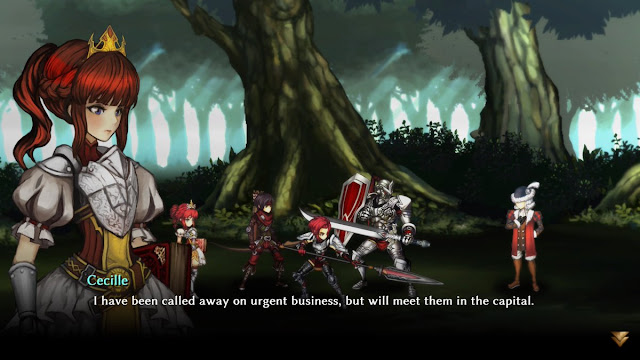 It’s also worth noting that Fallen Legion has a PlayStation Vita companion game, which actually tells a different story, of a different character, around the same events. It’s possible that the multiple perspectives presented across both games might help strengthen the moral themes that the game addresses. I appreciate the idea of having multiple games looking at the same story from different angles, though if it is the case that both games are effectively necessary to fully understand the narrative, asking for PlayStation 4 owners to own a Vita just to have the complete picture (or vice versa), is a bit much. It might have been wiser to just release both stories on both platforms.

Fallen Legion shows all the potential in the world to become a great IP. The core ideas are strong, and the attempt to tell an interesting, deep story is admirable. Unfortunately this one doesn’t execute on its ideas as well as it should, and, critically, this lets down the game’s themes, but it is on the cusp of being something special.