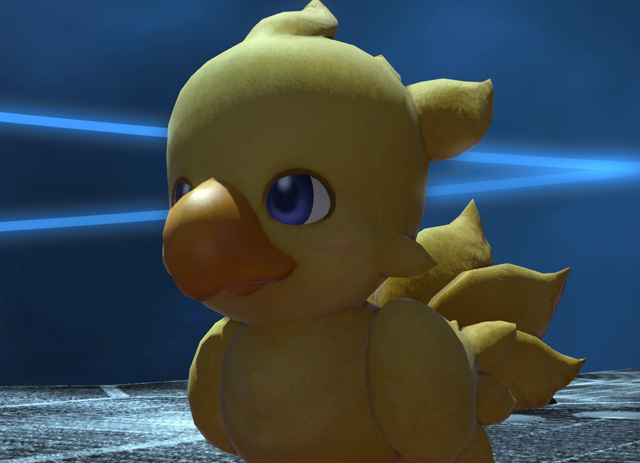 Welcome to what will be the last of my Stormblood diary series. When I left you last week, I’d just finished the main story, which left me with mixed feelings – it had a great build-up to a rather anticlimactic final act, which wasn’t helped by pacing issues and a needlessly frustrating final boss. With that out of the way, I’ve been able to spend the past week or so enjoying the endgame. This is where a lot of the appeal in an MMO lies for many folks (myself included), but it’s also something that’s often a bit thin on the ground right after an expansion launch.

This is the case in Stormblood as well, though it feels less noticeable, somehow. Endgame at this stage consists of three level 70 “expert” dungeons, two extreme primal fights, and the newly-released first part of the Omega raid. This is pretty much on par with both A Realm Reborn and Heavensward, but Stormblood’s early endgame pickings are a lot more interesting and fun than what either of the previous releases had. There’s also much better scaling for players of all levels, rather than the sharp casual/hardcore split that you often see.

At the centre of this is Omega, the new eight-player raid that launched with patch 4.01 last week. It’s with no hyperbole that I say that Omega is among the best raids I’ve seen in any MMO, in terms of both encounter design and the lore wrapped around it. I don’t want to say too much, but the basic idea is that Omega – that big robot that Cid used to defeat Shinryu in Heavensward, and which caused no end of headaches when it debuted in Final Fantasy V – is looking for the strongest being in the universe to fight. Shinryu had filled that role, but with Shinryu dead, there’s a hole in Omega’s cold metal heart, so to speak. So, it did what any such killer death robot would do: it arranged a Dragon Ball Z – style interdimensional tournament to find the strongest fighter who’s ever lived. 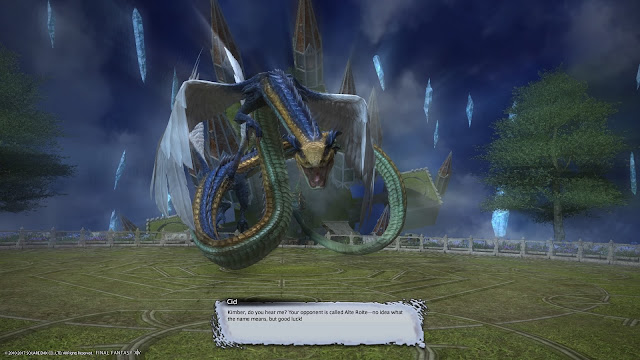 It’s about as silly as can get, but delivered with just the right balance of sincerity and self-awareness that it works beautifully, creating one of the most delightful side stories in a game full of great sidequests. It doesn’t hurt that there’s a cartoony chocobo involved, who looks like Chocobo of the Chocobo spinoff games (Chocobo’s Mystery Dungeon, Chocobo Racing, etc.), though he’s called Alpha here, and that the whole raid is based thematically on Final Fantasy V.

Like Alexander and the Coil of Bahamut, Omega is broken down into separate fights that you can challenge individually; there’s no need to set aside hours to work through the whole thing at once. The encounters themselves are an utter delight, twisting familiar boss mechanics in new and exciting ways. One fight has you using a Magitek variant of that beloved old Final Fantasy spell, Float, as you levitate yourself to avoid various ground-based abilities. Another chains together classic elemental spells in interesting ways, so that you might, for example, have to dodge exploding fireballs while sliding around on ice, or stack up to share damage from a wind attack then quickly spread out for a lightning blast that does more damage if players are too close together. The best fight of all plays out on a giant game board, with different squares that trigger different effects throughout the encounter; at one point, that boss gets bored of the whole fight and sends you through a dimensional warp to solve a navigation puzzle while she sips tea.

These are some of the most creative, fun, unique boss fights in the whole game, and the best part is that everyone should be able to enjoy them. They’re designed to be relatively easy, and I’d say that they’re easier even than the main story boss – who you have to beat before you can unlock Omega, anyway. There’ll be a Savage version for the elite crowd released later on, but at least the raid itself, in all its ridiculous glory, is open to all. 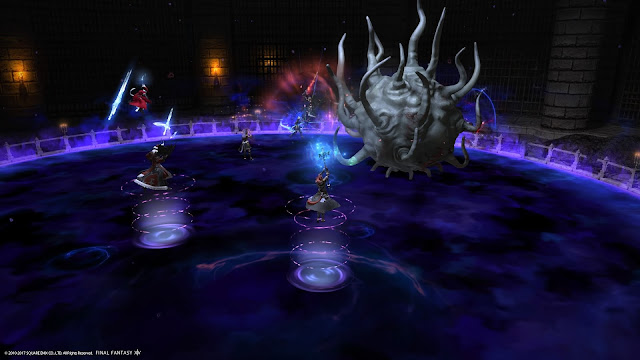 The same can’t really be said about the Extreme versions of the Susano and Lakshmi primal fights, but that’s by design. Extreme primals are, historically, among Final Fantasy XIV’s most “hardcore” content, requiring a competent group with good coordination and a lot of deaths to learn each encounter – but they’re harder versions of fights that are part of the main story, so you’re not really missing out on much if you can’t meet their demands. That said, Susano and Lakshmi both feel a bit easier than other Extreme primals; they still take a lot of practice, but I’d they’re a bit more forgiving and don’t require quite the same degree of coordination. I was able to get both on “farm” status within a couple of hours each, and that was with the Party Finder – not even an organised group.

I like this. I’m sure many will find them “too easy”, and there might be a case for creating even harder versions of them later on. However, I like that they’re at least somewhat approachable for that group of people who hang out somewhere between casual and hardcore, and I like that I can still enjoy most of what the endgame has to offer without the rigmarole of putting together a dedicated raid group.

I don’t doubt that there’ll be much harder content to come, starting with the Savage version of Omega, which comes out next week. But that won’t change the fact that Stormblood has a wide range of endgame content to cater to a range of different playstyles, and even if you’re not a hardcore raider, you can still enjoy most of what the game has to offer. That’s a balance that not many MMOs seem able to get right, and even Final Fantasy XIV has stumbled with this in the past. With Stormblood, though, it nails it.

This will be my last Stormblood diary; next week, I’ll have my review of the expansion as a whole. Until then, here are some more screenshots from my adventures. 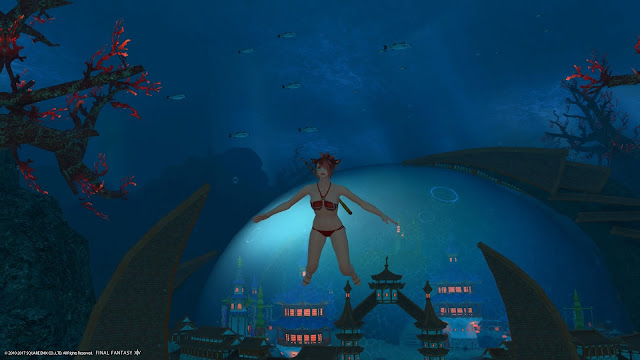 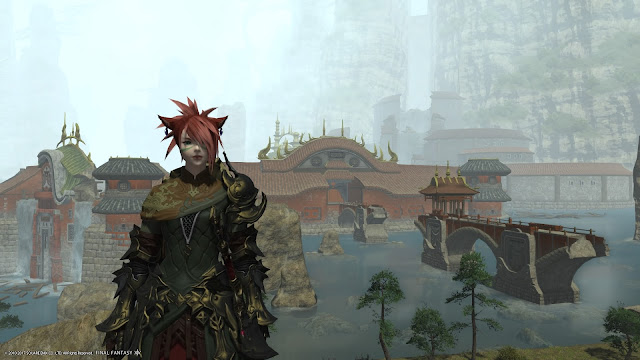 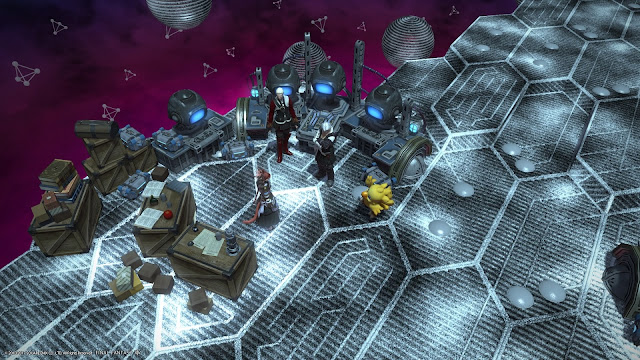 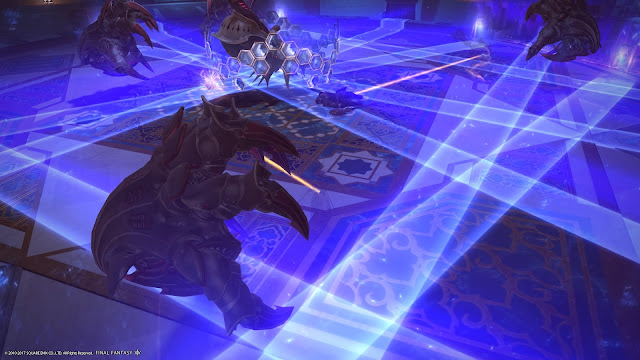 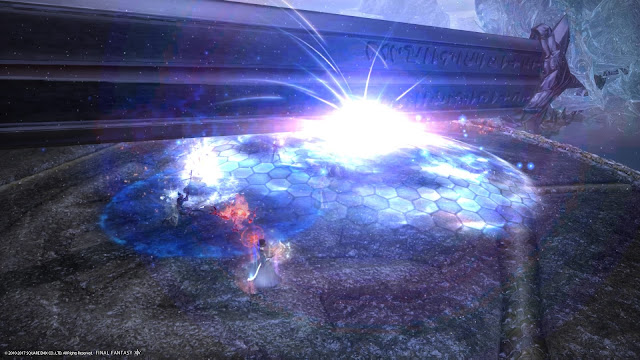 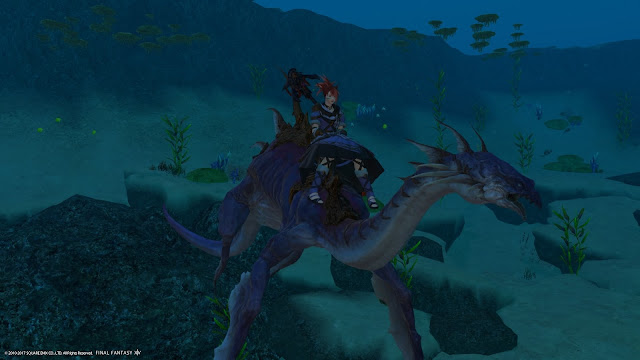