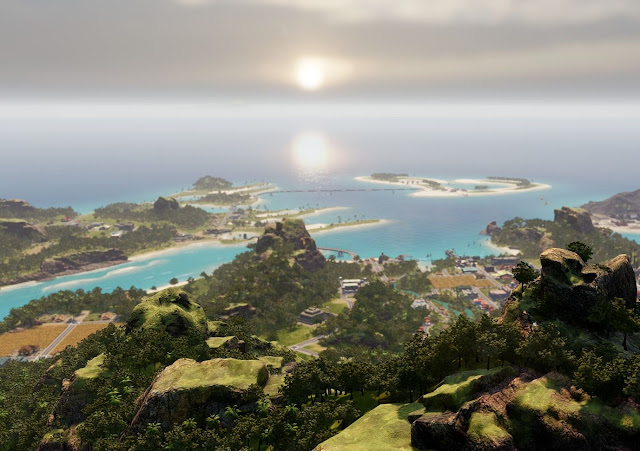 One of the publishers that you’re not going to hear too much about is Kalypso. It’s largely a simulator specialist, and doesn’t get a whole lot of media coverage; not when there are games featuring evisceration for the media to talk about instead.

But make no bones about it. Kalypso has had a really good E3, and this is largely because of two games. The first is Railway Empire, coming to PC and console in 2018. This is a modern take on titles like Transport Tycoon, A-Train, and Industry Giant II (which, incidentally, is also available on PS4, and is worthwhile in its own right).

Related reading: While you wait for Railway Empire, play Industry Giant 2. It’s awesome. Matt’s review (please note the comment at the start regarding the score; the result of a bug since patched)

Railway Empire has an impressive feature list, and really impressive trailer, which has us all kinds of excited for the potential to build up incredible rail networks:


In Railway Empire, you will create an elaborate and wide-ranging rail network, purchase over 40 different trains modelled in extraordinary detail, and buy or build railway stations, maintenance buildings, factories and tourist attractions to keep your travel network ahead of the competition. You’ll also need to hire and manage your workforce if you want to ensure an efficient train service, whilst also develop over 300 technologies ranging from mechanical improvements to the trains themselves to workplace infrastructures and advanced amenities as you progress through five eras of technological innovations.

However, you can’t just build and research your way to the top – the competition never sleeps, and to keep your business on track you’ll have to survive against up to three rival tycoons. To get to the top you may have to resort to more cutthroat tactics as you attack and sabotage your opponents through raids and industrial espionage.

Exploit the economic opportunities of the United States in an extensive campaign, working your way step by step from coast to coast across this great continent.
Lead your Railway Empire to success by establishing a comprehensive rail network and optimizing transportation of passengers and goods.
Master challenges and objectives through a range of scenarios, or create your perfect railway network in construction mode without any financial pressure.
Over 40 historically accurate locomotives and more than 30 different wagons can be acquired over the course of the game, and must be put to use in the best way in order to take advantage of their strengths and weaknesses.
Invest in over 300 new technologies across five different eras to progress and maximize the potential of your rail network.
Compete with up to three rival companies, and even sabotage their efforts with the use of bandits and spies.

The other really exciting Kalypso game in the works is the latest in the long-running satirical city builder, Tropico 6. While the tone to these games is light and hilarious, the games themselves are actually very fine city builders, and the kinds of titles that you can sink dozens of hours into at once.

Related reading: Matt’s review of Tropico 5 on the PlayStation 4.

This new Tropico brings us its lightly political humour (one or two digs in there at Donald Trump, and good on ’em), with some significant new enhancements to make the game the best and most robust title in the franchise to date; trailer and feature set below.

This game is also due on both consoles and PC at some point in 2018.


Play on large archipelagos for the first time in the series. Manage multiple islands at the same time and adapt to various new challenges.
Send your agents on raids to foreign lands to steal world wonders and monuments, to add them to your collection.
Build bridges, construct tunnels and transport your citizens and tourists in taxis, buses and aerial cable cars. Tropico 6 offers completely new transportation and infrastructure possibilities.
Customize the looks of your palace at will and choose from various extras.
Tropico 6 features a revised research system focusing on the political aspects of being the world’s greatest dictator.
Election speeches are back! Address the people and make promises that you can’t possibly keep.
Cooperative and competitive multiplayer for up to four players.