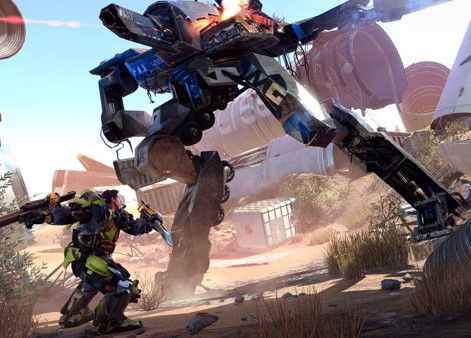 The #1 rule of game development is that if something is really popular, dozens of imitators are going to follow. And why not? Games become popular for a reason, and if there’s money to make in giving fans more of what they like, then it’s a smart developer that can capitalise on that.

Related reading: Dark Souls 3 is the most recent game in the series that heavily inspired The Surge. Matt’s full review.

So it has been with From Software’s Souls games. Once the specific “Souls-like” approach to game design became popular with the original Dark Souls, game developers started to look at how they can pull what really works from those games and put their own spin on it. In one particular case – Nioh – the result was a game arguably better than From Software’s own work.

And then there’s Deck13, the developer behind Lords of the Fallen. With Lords we were given a game that was perfectly serviceable – as we noted in our own review, but at the same time failed to really understand what the Souls games were about. It’s not just that they offer difficult, visceral combat. It’s not that they have dark themes and obtuse storytelling that really demands players pay attention to slowly piece everything together like a grand, darkly beautiful jigsaw puzzle. The Souls games are special because they are so incredibly intricate, so methodically paced, and so ungamelike at times that they have an intrinsic value that transcends games. It’s an X-factor that’s hard to really nail down, except when an inferior example comes along, and that’s what we had with Lords of the Fallen. Overly game-like and mechanical, it was a game that checked all the boxes for its inspiration, but failed to do something special with the result. 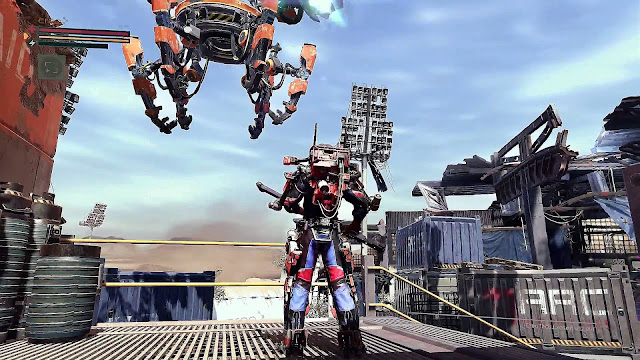 The Surge is Deck13’s return to that genre, and it’s another reasonable attempt, but one that feels shatteringly soulless at times. The biggest problem with The Surge isn’t that it has any particular flaws – because it really doesn’t – it’s that the game utterly fails to capitalise on its potential.

A “Souls-like” game set in a science fiction setting is one that by all rights should be very exciting indeed. In fact, the guy behind the Souls series himself, Miyazaki, has sounded out that he’d like to do a science fiction game in the past, and that very thought is well worth getting excited about. In beating From Software to the punch, The Surge had the chance to be something distinctive and unique, but right from the start I struggled to get a sense that I was playing a science fiction game.

The set up is intriguing, though rather gratuitous. You play as a (rather generic-looking) fellow in a wheelchair, who has just signed up to work for a futuristic-looking and -sounding company (named CREO, as generic as sci-fi company names get) that promises to give him his mobility back. This is done via implants into the body, but something goes wrong in his operation and he isn’t actually anesthetized properly. Why we needed to see a fellow screaming in pain as bolts are driven into his body, I’m not quite sure. The game doesn’t explain it very well, though I guess it does help to set this organisation that he’s joining up as a generically sinister big tech corporation. Our fellow passes out from the sheer pain and wakes up, now fully mobile thanks to his implants, in a scrapyard in a wasteland. Things have obviously gone wrong. Our fellow is attacked by feral, mindless people-things with implants similar to his own. The entire environment is the picture of decay. A hologram is spectacularly unhelpful, but points our hero in a rough direction that he needs to head in order to gain answers. This setup is vintage “Souls-like”, of course. Give players a mystery, right down to being unsure of the environment that they find themselves in, and then leave them to figure their answers along the way. In Deck13’s defence, the setup is intriguing enough. I did want learn about what had gone so wrong with CREO. But, after playing for awhile, I lost that strong first impression.

The Surge’s biggest problem is that it really does feel like Dark Souls. Yes, the superficial aesthetics are different, and I’m wandering around in junkyards and other relics of an ruined industrial playground. That looks different to the gothic halls and toxic forests of Souls games, but it doesn’t play anywhere near differently enough. Weaponry feels the same in function. Combat has the same – and very familiar – flow to it. Enemies follow much the same kind of behaviours, too – all the same tactics that worked in the Souls games work in The Surge. One potential difference introduced early on is the ability to target various parts of an enemy’s body, in order to retrieve that part of the body as loot after the enemy’s killed, but this is shabby in execution – for the most part you simply use a cursor to highlight the bit of the body that you want loot from at the start of a battle, then attack the enemy in the same way you would were you highlighting any other part of that enemy’s body. Even the combat animations are exactly the same.

Later on, as the enemies become tougher, you’ll find yourself wondering whether you should be targeting enemy weak spots instead; which don’t provide any loot but the enemy goes down quicker. It’s not much of a strategic decision to make, though. In the game’s final act this all flips on its head, and some new stuff that I won’t spoil almost makes the 40-odd hours grinding beforehand worthwhile. Almost. 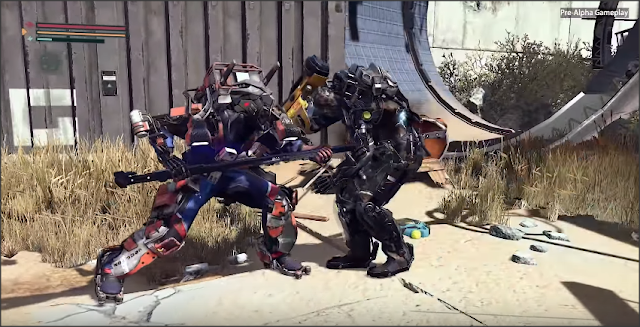 Bosses are difficult, and unforgiving, but also deeply uninteresting, and again, don’t do the science fiction theme any favours other than in the most superficial sense. As with all “Souls-like” you can expect that your character will die a lot, and when that happens, all his currency will be left behind, giving you one chance to retrieve it or have it lost forever. I liked that the developer also put a time limit on getting back to this loot before it disappeared. With all the other Souls-likes, you have as much time as you’d like to do this, and it was quite easy – but patience-testing – to creep at a snail’s pace through the level to get to that spot. The Surge puts a pretty sharp time limit on you, forcing you to move at a snappy pace and take some risks if you want to earn your loot back, and this made for some exciting escapades.

Related reading: Nioh is how you do a Souls-like game just right.

For all its mechanical competency, The Surge feels as mechanical as its enemies through most of the experience. No where near enough was done with the science fiction theme, and after catching my attention with an intriguing set up, the game then lost me with a generally dull plot that it was never quite able to claw back. If you were to sit down and talk to Miyazaki about Dark Souls, or the creative team behind Nioh, I imagine you’d find that these people spent a lot of time thinking about their game’s lore, history, setting, enemy design, and other small details that take a level (or series of levels) and turn it into something engaging and immersive. With The Surge, I suspect all the energy went into studying how those other games did level design, combat, and progression, and then focused on imitating them to the most careful of degrees.

I mean, I could take a piece of tracing paper, place it over the Mona Lisa, carefully copy all those lines, and then reproduce the artwork in its entirety. That doesn’t make me an artist of the standard of Leonardo Da Vinci.

Games of the year (so far), the PlayStation Vita’s best month in ages, and more! (Digitally Uploaded 2017, Episode #18)