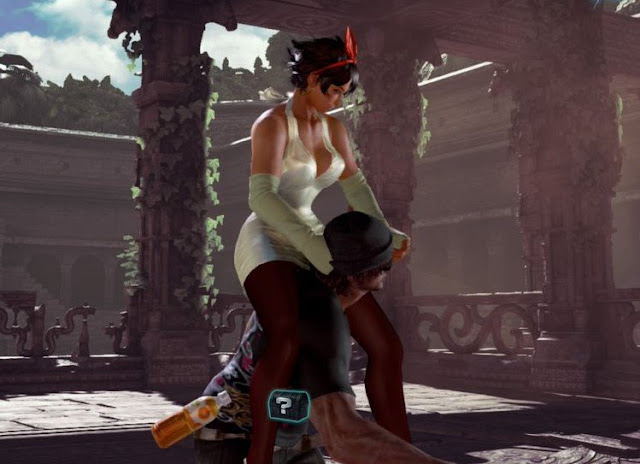 Related reading: The DDNet Podcast, where we have a massive interview with the director of the Tekken series.

Tekken 7 is certainly the closest the series has come to being a game that I truly love. This is a refined, clever fighting game that does a really good job of getting people up to speed with its lore and mechanics, and as such is also the most accessible game in the series. It doesn’t quite hold my interest in the way that other fighters do, but nonetheless, I’m quite certain that fans will respond very positively to it.

New players will need to work through the narrative first! It introduces you to the various mechanics and fighting strategy in Tekken by making big attacks easy to pull off, and providing plenty of feedback on how to fight. Too many fighting games will simply show you the buttons that you need to press, and leave the rest for you to figure out, but with Tekken, the story mode takes things one step further and shows the context in which you’ll be pulling these moves off, and how to think about fights as you go. It’s a nonsense story, of course, being neither as much fun as Dead or Alive, or anywhere deep enough to be comparable to BlazBlue or Guilty Gear, but if you think about it as the tutorial that it really is, it does a good job.

I take it back. This girl is my fav. #PS4share https://t.co/8Lf1UFj1ZE pic.twitter.com/6NNKHoiGua

What I am impressed with is the developers didn’t try and throw every single character into the main story mode. Too many fighters have potential to tell an interesting story, but let themselves down by trying to force every single character in their large rosters into the plot somehow. It dilutes whatever narrative the game was trying to tell. Instead, the story includes “side stories” for those characters that are left out of the main plot, so that fans don’t feel like they’re missing out. So, while I say the plot of Tekken 7 is nonsense, it’s at least cohesive and ‘clean,’ and gives Tekken fans the closure of that great rivalry between father and son that they’ve been slowly working towards.

It’s also worth noting that the development team has done a great job in providing summaries and footage from the earlier games to get people up to speed on the events that have led to Tekken 7’s story. Those coming into the series fresh here don’t need to worry about not understanding what’s going on.

And Lucky Chloe is the final boss. Oops, I just let out a big spoiler… Or did I? 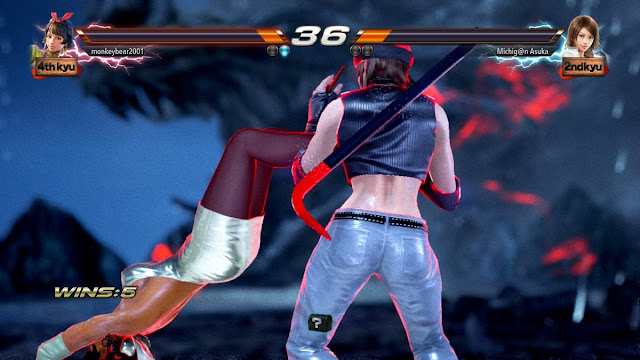 Speaking of cast, Tekken 7’s group is as diverse and ridiculous as you’d expect from a Tekken game. On the one hand, I do like this. I like that it’s got a Spanish dude with a awesomely hairy chest. I like that it’s got the sexiest man from the Middle East since a certain prince was bounding around Persia. I like that it has a sexy robot that can pull off her head and use it like a weapon; it’s how I imagine robot Hatsune Miku would be. I really like Josie, for… well, her legs, frankly. Thems are sexy legs.

But on the other hand, there are really weird characters that I just don’t get along with. There’s a panda and a bear and a lumbering machine thing and Yoshimitsu, to name a few. By contrast, Dead or Alive’s cast are all humans (even the ones that are mystical in nature). Even the tengu; the murderous spirit of Japanese lore, is a sexy woman in Dead or Alive, and she’s the perfect example of the greater cohesion across the cast that that game has. I understand that this is just the two series’ different sense of humour; Dead or Alive likes exaggerating character personalities, while Tekken’s jokey characters are there to be as random and weird as possible, but it simply doesn’t click as well with me.

There’s a definite learning curve to Tekken 7 that makes some characters seem, initially, ridiculously overpowered, and others next to useless, but with more practice I found the balance to be generally really good. I personally found the characters with stronger grappling abilities to be more to my tastes (and Josie), but whether you’re about range, speed, power, or anything else, this game basically has you covered. 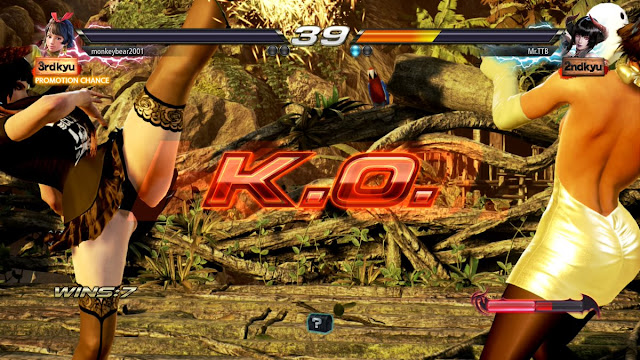 It’s the kind of game where button mashing can be infuriating, but skilled players will be able to overcome button mashers most of the time. Tekken is a highly technical fighter, all said and done, and it can be intimidatingly obtuse to learn – even once you’ve worked through the story mode, there’s a learning curve before you’ll feel comfortable with before you even consider highlighting the “online play” menu. And, while you’re learning it, it feels clunky. Attacks don’t transition well between one another, characters don’t move around the stage particularly cleanly, and once you start getting jiggled about the place, there’s not much you’ll feel that you’ll be able to do, other than sit there and watch it happen.

It doesn’t stay clunky. Eventually you’ll learn how to string attacks together smoothly, duck into and out of the enemy’s reach, perform counters, and dance around like you’d expect from a fighting game with Tekken’s reputation. Eventually, it feels good, but the emphasis is on the “eventually.” As accessible as the game is now, it will still be intimidating for people who come up against good players too early on.

While I can really appreciate the fighting mechanics and the work that the developers have done about making this the game to get new players into Tekken, I must say that I really don’t much enjoy the presentational side of the game. Environments are generally dull and generic. Some of them have floors that can be broken through, but the range is limited, and there’s never much happening in the background to really catch attention. I don’t have a favourite environment, as I do in other fighters, simply because I’ve never actually paid attention to any of them. Additionally, while characters are often quite attractive, the character models are generally chunky and clumsy. In this regard I’ve really going to point to Koei Tecmo; say what you like about the quality of Dead or Alive 5 as a fighter, the character models are genuinely gorgeous, and playing dress up with them has sustained the game for six (that’s right, SIX) season passes. Tekken offers a host of customisation options, but they’re rarely flattering to the characters, and I can’t see myself actually purchasing DLC with this game. Except perhaps Josie. And Asuka. 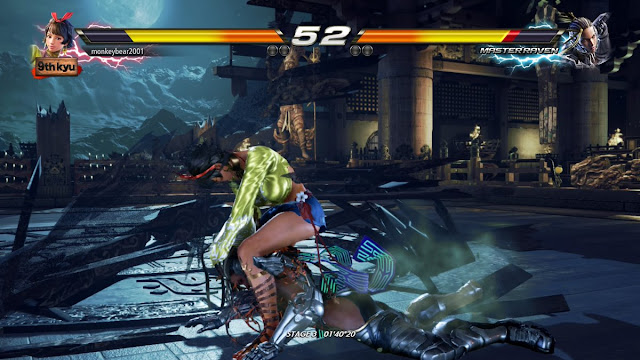 And perhaps Shaheen if he can get some awesome swimsuits going.

Related reading: Tekken’s biggest competition in terms of 3D fighters is Dead or Alive these days. Matt’s review of DoA 5 on the PlayStation 4.

More practically, there are also minor annoyances that I have with Tekken 7. Loading times before each battle are quite significant, and for a genre that’s all about the pick up and play for short bursts of fun, loading times of any length are an irritation. I also can’t believe that there’s no replay and photo modes. Many developers need to understand that people like taking screenshots, and superficial as it is, I miss the feature when it’s not in a game I’m playing.

I came away from Tekken 7 with a greater appreciation for the series than I went in. I enjoyed my time with the story mode, and it did help me to better understand the unique flow to combat that the game has. I also really enjoyed some of the newer characters; this game has a more rounded cast than previously. But I still struggle to get along with the approach to presentation, and given that I don’t aspire to be a professional fighting game player (or even one that spends much time in online play), that presentational side of things matters if the game’s going to keep my attention for years down the track. For all the effort at making Tekken more accessible, Tekken 7 remains, ultimately, a fight club for the most serious of players only.