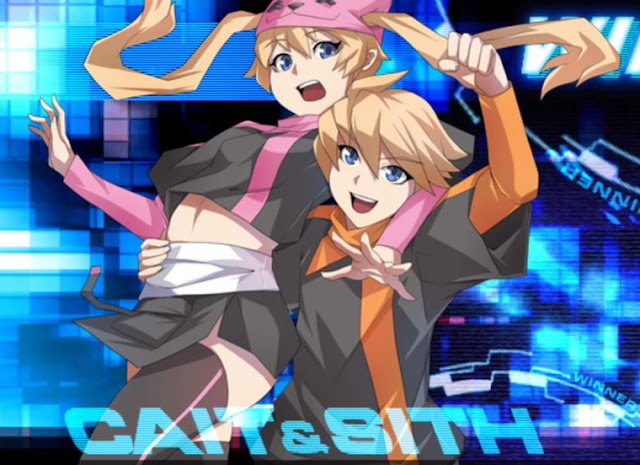 Here’s the thing: I like fighting games a great deal. I like the aesthetics of fighting games. I like the narratives that they throw up. I like speed, action, and excitement of them. I’ve spent hundreds of hours playing my favourite examples of the genres; Dead or Alive 5, BlazBlue, Final Fantasy Dissidia, Persona 4 Arena. But I’m not great at fighting games. The mechanical nuances between one game and the next are largely lost on me, and I’ll never be a competitive player.

Related reading: Fighting games just don’t get better than BlazBlue. Matt’s review of the most recent one.

So perhaps – just perhaps – Chaos Code -New Sign of Catastrophe- is a game for serious fighting games, and in that context it flies over my head. Or perhaps it’s just a painfully middling fighting game with limited appeal to anyone who isn’t the most hardcore of hardcore fighting game fans. I’ve played enough of the genre that I would bet a lot on it being a case of the latter.

The first problem with Chaos Code is its roster of characters. I’m just not a fan of anyone. The game looks like a very old arcade fighter, and so while the sprites are large and fluid enough, they also lack the raw beauty of some other 2D fighters; including the aforementioned BlazBlue, and Koihime Enbu. And, like unlike other modern fighters that take advantage of the modern television’s widescreen format, Chaos Code sticks to those square screen formats of yesteryear. Some will find this quaint, I know, but it doesn’t do anything for me.

Finally working on a long-delayed review of this >_> #PS4share https://t.co/PFV6U54fMg pic.twitter.com/SNmHU8ozmQ

In addition, the character roster is thin, and there’s not nearly enough of variety between them. Yes, they all have different designs and fighting styles, but the closest the game comes to characterisation is in single line introductions to the arcade mode. It’s not enough to get a sense of the characters beyond charicature, and if you look at my list of favourite fighting games, the consistent thread is that they all feature great characters.

So, with the lackluster presentation and sheer minimalism with regards to character and narrative, what’s left for Chaos Code? The combat system, of course. When it’s at its best, Chaos Code’s combat system is flashy and dynamic, and while I have no idea how well this game will rank among its peers in terms of its fighting mechanics for the serious fighting game fans, what I do know is that I find it a little too clunky and cumbersome to actually get to the point where it’s at its best. I don’t feel that this is a particularly fluid fighting game, and while the combos feel good when they roll off the controller, the moments between those combos are awkward and stilted. By contrast, a game like BlazBlue is seamless, fluid movement from end to end, and that’s what’s exciting to witness.

I suspect that I’m not the only one that feels this way. Chaos Code’s online community is largely empty now, and while there’s a lot of single player gameplay modes, I also found it challenging to convince other people to play the game with me in local multiplayer. There’s just nothing in here that’s distinct or unique enough to hook people in. As for the single player modes, it’s the standard mix of arcade, survival, and time trial modes, and while everyone will have their preferences, the lack of something meaninful to break things up becomes wearisome soon enough. 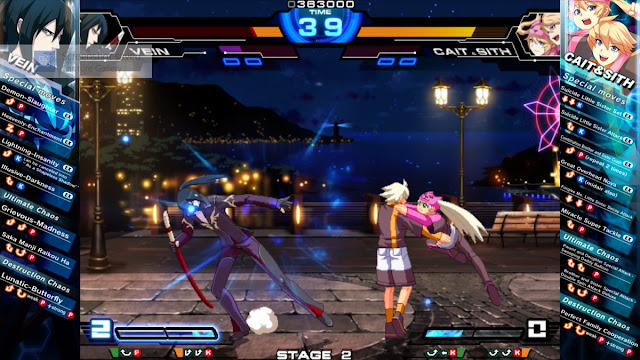 There’s not much else I can say about Chaos Code. It works, but it’s in an overloaded genre where, not only do you have big “blockbuster” options, from Dead or Alive through the soon-to-be released Tekken 7, but there’s also a real wealth of options in the niche spaces, from BlazBlue through to a game featuring all your favourite characters from Nitroplus’ game franchises. And that is a very niche game, to be sure, but even that one offers characters that you’ll care a great deal about, and puts some effort into giving the presentation modern touches. Chaos Code just doesn’t offer anything.

The DDNet Debate: On JRPGs, narrative, and that Ian Bogost article