Apple’s about to bring the pain for old games

Play games on iOS devices? If you are, then Apple has news for you in its recent iOS 10.3 release. You won’t like it. If you go to your upgraded device’s Settings -> General -> About -> Applications you will see a warning message from Apple concerning apps that will no longer be supported in future iOS versions. These are 32 bit apps that haven’t been brought up to iOS 64 bit regime, introduced with the iPhone 5S. The problem is, for most people, most of these old apps are games!

The list of soon to go extinct games includes the like of Final Fantasy Tactics (the PSP port), many an old/obscure titles that are hard to find elsewhere, and favourites such as FTL that were born to be played on a touchscreen. The potential for a Greek tragedy magnitude loss of games is, indeed, significant.

All is not lost, though, and the app developers may still come up with the goods and update them with 64 bit releases. Yet in some cases it is hard to see an already disbanded developer being able to come up with the goods. Our advice, therefore, is to play these games as much as you can before iOS 11 comes out, or prepare to buy yourself another iPad or iPhone so you can keep the older one exclusively for older games.

We have few details so far, but as far as the story is concerned, well, the Etrian series never deviates far from its basic, functional dungeon crawler formula. The focus of the game is always on the “World Tree” Yggdrasil, and sure enough, the player as the adventurer this time meets a mysterious girl (when are they ever not mysterious?) who is intent on getting to the base of the Tree, no matter the cost. Maybe the rumour that there is an entrance to the “Land of the Gods” down there has something to do with it.

As a mystery dungeon aficionado, I have pored over every frame of the trailer for Etrian Mystery Dungeon 2. While it may look at first glance as if nothing much has changed, there are actually subtle tweaks that manage to give the game a different appearance. The style of the menu system is still very much ‘Etrian’, but with a slightly more decorative, less functional touch. It is with the character designs that you really notice the difference. They look far more vivacious to me, very expressive, and large round eyes (in the chibi style) seem to be favoured. We also know that five more classes – Pirate, Alchemist, Kenkaku, Monk, Farmer – have been added to the roster, making a staggering total of fifteen. We mystery dungeoneers can look forward to a more elaborate, complex and visually dazzling second Etrian outing – always assuming. of course, that the game will be localised.

Hark back to a few weeks ago when I excitedly reviewed the teaser for 5pb’s upcoming KonoSuba game. For those in the know, the video revolved around the acquisition of a seemingly innocent pair of panties (a recurring motif in the series), but didn’t reveal much more of the story. 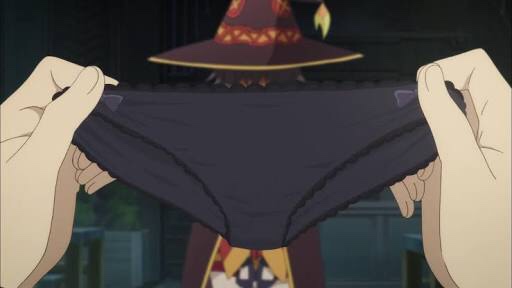 Fast forward to today, and we’ve been blessed via Weekly Famitsu; they’ve got the scoop on the plot of the game and needless to say, it doesn’t disappoint. Instead of sticking with the many motivations for panty stealing that Kazuma justifies to himself in the anime, 5pb have decided to bring a wholly original story to the forefront for this production. Have you ever had a giant pile of panties show up in your dorm room, forcing you to explain them away by blaming everything on a cursed ring? Well, you will now if the game has anything to say about it!

Combine that with what’s shaping up to be one of the core mechanics of the game – the equivalent of panty Russian Roulette with your party members – and KonoSuba is going to make one hell of a splash when it finally arrives on our thirsty shores.

Romancing SaGa 3 is heading to mobile and PlayStation Vita in Japan, but what about the West?

I think everyone was taken by surprise when Square Enix released an English version of Romancing SaGa 2 on mobile last year. This is a game that’s more than 20 years old, has only ever been available in Japanese, and is part of a franchise that’s particularly niche in the West – yet Square Enix saw fit to put in all the effort that localising a JRPG requires. 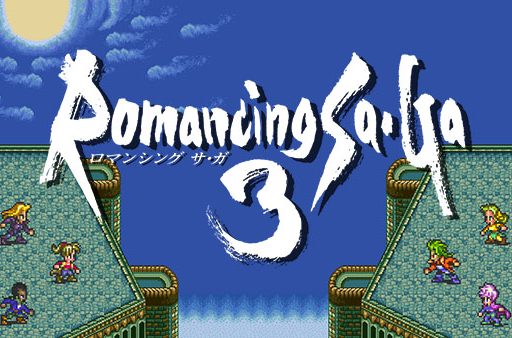 I only hope that people bought the game (I know I did!) and that gamble paid off, because the publisher’s announced that Romancing SaGa 3 – the best game in the SaGa series – is getting ported to mobile and Vita in Japan. Romancing SaGa 3 refined the series’ unique approach to levelling and open-ended plot, making it somewhat more approachable to people used to more traditional JRPGs.

It’s never been available outside Japan in any official capacity (though it’s been fan-translated), so a Western release would involve a bit of work on Square Enix’s part. Still, they did that for Romancing SaGa 2, so there’s no reason they couldn’t do it again – assuming, of course, that RS2 sold well enough to justify the cost.