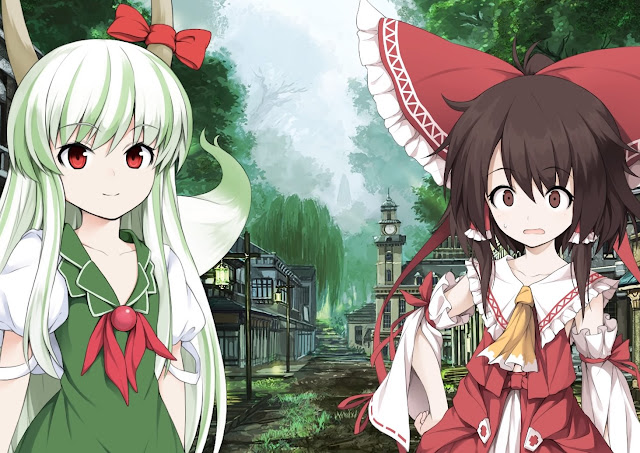 Thanks to NISA, the Touhou Genso franchise out of Japan is starting to get some real traction in the west. These games range across a wide variety of genres now, but what remains consistent to them is their slavish loyalty to what inspires them, and while they’re rarely good enough to better their inspiration, fans of those original games get a real kick out of the classical way the Touhou Genso games are presented.

Related reading: This game was clearly inspired by the Shiren the Wanderer series. Matt’s review of the most recent game in that series.

Genso Wanderer’s inspiration is right there in the title. The Shiren the Wanderer franchise has, for some years now, really championed the classical roguelike formula, with its permadeath, punishing difficulty, randomised dungeon layouts, and minimalist storytelling. This is the game that Genso Wanderer is, too, and there’s something refreshingly honest and unpretentious about the complete lack of ambition at being anything more than a stock standard roguelike. There’s no attempt to innovate the formulas established by the Shiren series, merely ape them entirely, and as a fan of classical roguelikes, this instantly had my attention.

A flimsy premise sets it all up. There’s a guy who’s been turned into a megalomaniacal villain thanks to a mysterious orb, and so our hero – the delightfully cute Reimu – needs to wander through a seemingly endless stream of dungeons, pulverising enemies and increasing her power on the way to the confrontation with the big bad orb-man. Oh, and those enemies are all cute girl characters. Seriously, all of them.

It’s not a particularly well-told story, truth be told. Genso Wanderer slips into and out of coherence, and I actually found myself physically dozing off at those moments when I was in extended storytelling sections. For example, the first time I wandered into a village of friendly yokai and spoke with everyone. A solid half of the characters had extended dialogue sequences to wade through, but the conversations were painful. They were all so inane and lacked any deeper sense of characterisation or context. And Reimu’s companion, a righteous young priestess-in-training, had an irritating habit of threatening to burn everything in the village down before being talked out of it by other characters. That joke wore out its welcome the first time, and it’s just odd that all the yokai in the village seemed to have no issue with her presence. The script is simply filled with these indulgences that don’t add anything whatsoever to the game.

In dungeons the narrative is almost non-existent. There’s nothing wrong with this set-up; it’s very closely aping Shiren the Wanderer after all. The problem Genso Wanderer faces is that nothing is actually done with the narrative at all, beyond poorly articulated plays on kawaii cute and anime humour tropes. There’s no greater purpose to any of it, whereas Shiren’s games actually offer a great deal of contextual and cultural depth. Play them and you learn a little something about Japan, its aesthetics, and its culture. Play this game, and you’ll just see words for the sake of words.

I know that at this point people will say “but narrative doesn’t mean anything in a roguelike,” and to an extent that’s true. These games actually have a great deal of thematic storytelling going on in the background, as they represent a Sisyphean love for repetition that humans tend to share, but they can do that without much explicit storytelling. The original Rogue certainly didn’t have a lot of story within the game, for all the stories that it generated. But, while a roguelike doesn’t necessarily need a good story to be entertaining and meaningful, if you’re going to put one in there I do think it’s fair to expect characters I enjoy and a journey that I want to be a part of. Looking at all the classic roguelikes I’ve really enjoyed, from Shiren to The Guided Fate Paradox and Chocobo’s Mystery Dungeon, the common thread is that there is a story that has been elevated beyond the mundane. 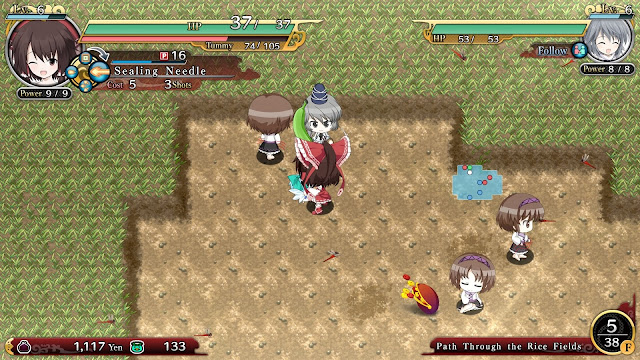 Without that narrative context I didn’t much care for the characters, but I still had a hell of a time with Genso Wanderer because it has such a classic approach to the genre. It has a really satisfying gameplay loop in collecting loot, attacking enemies in a classic turn-based fashion, and then moving on to a deeper – and harder – level of the dungeon. You’ll frequently step on traps, have weapons and items that you carefully built up rendered useless from curses and the like, and then have your character die, only to get stuck right into the next “run”, looking forward to progressing just that bit further. Because everything is randomised each time there are no patterns to memorise, nor level design to figure out how to “game.” Bad luck will sometimes make a run through the game almost impossible, but the sense of achievement when you do finally get through will be palpable.

This game knows how to be genuinely difficult. You’ll be cruising on the opening floors of the dungeon, but then you’ll hit an absolute wall about midway through, sweating at every movement from that point onwards. Each and every time Reimu “dies” and restarts she is reset to level one, and it’s only after a process of carefully cultivating powerful equipment that those middle-to-later levels start to be manageable. And, of course, the moment a particularly nasty trap happens and destroys Reimu’s equipment, it’s back to square one.

Roguelikes, traditionally, were always like this. It’s not a popular way to go about game design, but for a particular niche the unforgiving difficulty and the very meaningful consequences of failure were an addictive challenge indeed. More recent roguelikes, including Shiren itself, have found ways to step around some of this difficulty in order to try and appeal to a wider audience. Genso Wanderer doesn’t really bother with this, and that will be a “con” more than a “pro” to most people, I suspect. 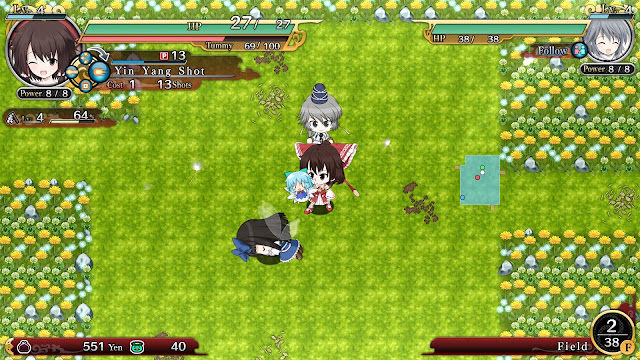 Related reading: On what the roguelike tells us about the human condition.

I suspect I will always have time for a good, classical roguelike. They’re becoming less frequent, and therefore I think we need stuff like Genso Wanderer to keep the tradition alive. It’s not perfect, and it will frustrate many, but it’s a quality, solid effort nonetheless.