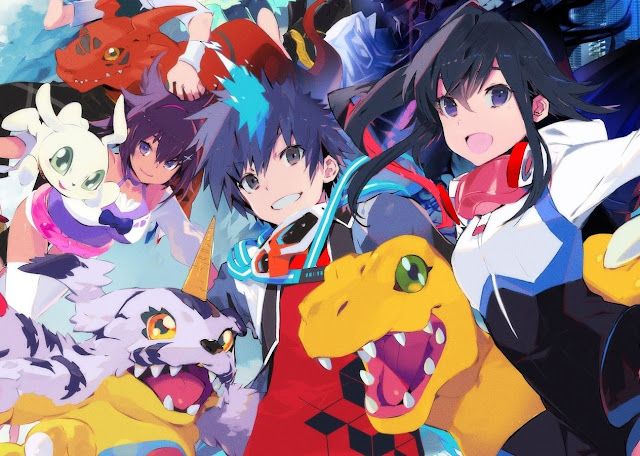 Digimon World: Next Order is a tale of balance. Brought into the Digiworld with no way back, the self-named protagonist will need to find their way back to the human world with the help of the Digiworld residents that they now find themselves allied with. Under the constant threat of attack from monstrosities known as Mechadramon, this new protagonist sets out in order to find answers and, ultimately, a way home.

One item of important note before even getting started is that Digimon World: Next Order plays nothing like last year’s Digimon: Cyber Sleuth. While Cyber Sleuth followed the direction of a classic monster-collecting JRPG, Next Order feels more like an actual digital pet game mixed in with some JRPG elements. I feel that this distinction is important to note first as anyone coming in expecting a similar experience to that game last year may feel disappointed from the outset with what they’re getting here.

Digimon World: Next Order is all about balance with the two core ideas really running the show. The first comes in our protagonist’s journey to restore order to the Digiworld that has been thrown out of whack by the Mechadramon. It is the core reason for heading out and exploring the various monster-filled areas. The second core mechanic involves how the protagonist works with his/her Digimon. Will you take the slow and easy route? Or will you go hard and push the Digimon to exhaustion? 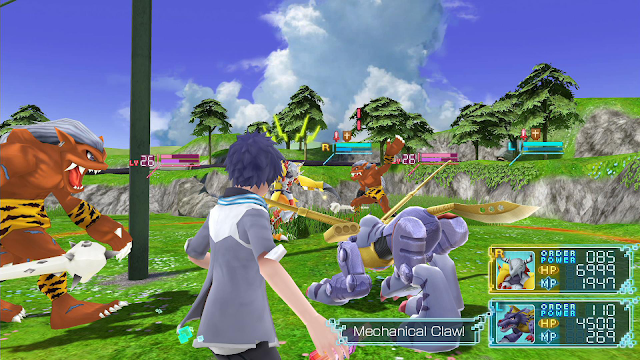 The journey itself will not be an easy one. Partnered with two Digimon, you’ll need to balance both training and exploration in order to push onwards to find a way to stop the Mechadramon. After a brief tutorial with Digimon that have incredible power, you’re thrust into the main game with animal buddies that could only hope to defeat enemies with cuteness. Anyone who has played a monster collecting game knows what’s next; power up the buddies until they evolve and then get on with the fighting.

There are two ways to level up Digimon. The first is to hit the gym in order to raise the stats of your partners. Going to the gym requires balancing food, working out, going to the washroom and resting to reduce fatigue before calling it a night. You can only push so far before your Digimon call it quits and go to sleep on their own. The second option is to go out into the field and fight against other Digimon that can be found out there. This won’t level your partners as fast and if anything can set you back further, if a Digimon should happen to pick up an injury or illness and you not have the materials to hand to heal them. So why would you go exploring? Well, that’s where all the rewards are, and you’ll need to head out there to have enough food to feed your little fellas, too.

Pushing your partners too far too fast will cause them to become exhausted which in turn makes them much more susceptible to injury and sickness. Finding the “sweet spot” between training in the gym, and training out in the fields, will take a few hours of solid trial-and-error. Once that balance starts to become second nature you then need to contend with the mortality of your Digimon. Yes, they can die. It’s tragic. 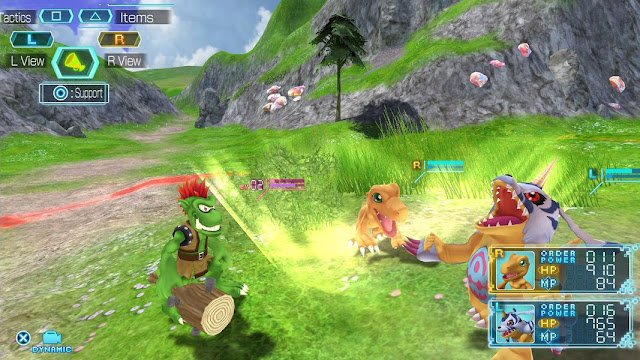 Once your partner dies off then the whole cycle starts back up again. The only difference between the first lifespan and each subsequent one is that the re-birthed versions retain a portion of their previous stats, meaning that all your work with the previous Digimon isn’t wasted and slowly over generations you breed up powerful critters indeed. Knowing how long a Digimon can last is important as the further it Digivolves the longer it can live for.

This mechanic has to be the biggest wrench that is thrown into the mix and perhaps one of the two the biggest issues with the gameplay. Yes it becomes easier and easier to make progress, but it also interrupts the storyline so many times because you suddenly can’t go forward because one of your critters went back to the beginning of their lifespan, meaning you need to grind them back up again. Then again, monster collecting JRPG fans are used to a good grind, so they’ll probably be okay here as well.

The second major issue that can at times get in the way is the combat. Battles happen in real time; run into an enemy on the field and a combat arena will form around them and your ‘mons. Once the battle starts your own character is but a bystander as your partners engage in combat. You’re able to shout encouragement at them so they can build up the “spirit” for powerful attacks, and then tell them when to launch those, but the AI for your partners at times can simply be awful. They will often run into the enemy’s line of fire for no reason, and will waste attacks when commanded by not getting close enough to the enemy to actual launch the attack. The only solution to this is – you guessed it – yet more grinding in order to increase a Digimon’s stats enough that they can absorb wayward hits in the field. 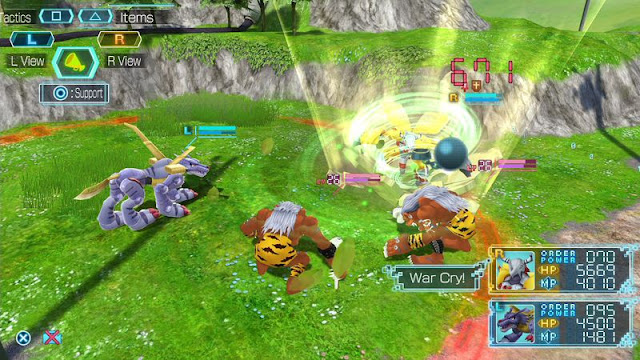 In addition to the raising of Digimon, there’s also some light town building activities to get up to. Out in the field you’ll find materials and the like that can be used to improve the town’s facilities and gain access to additional resources. Given that these tiny residential areas are the only place where you’ll get character interaction, it’s a bit unfortunate that the town areas are such dull experiences, with so little by way of interesting interactions to look forward to. This reduces the game further to an endless grind of training and combat, as there are no other JRPG features of significance worth talking about.

And, finally let’s talk about the bodily functions of the Digimon. Frequently they’ll want to eat or visit the bathroom, and if you don’t immediately meet their needs their happiness will start to be affected, which of course affects their general worth to your cause. The only issue with this is that it happens so damned often, causing you to constantly pause to feed the critters, or run around trying to find one of the bathrooms located around the environment that they can use. I realise that these features call back to the original Digimon experience, but that doesn’t necessarily mean it works so well in games today.

On a whole, Digimon World: Next Order isn’t a bad experience. It does take some time in order to get used to the flow of the game, and to deal with its irritations, but once you’re there, you’re in for what might potentially be a very addictive grind indeed.