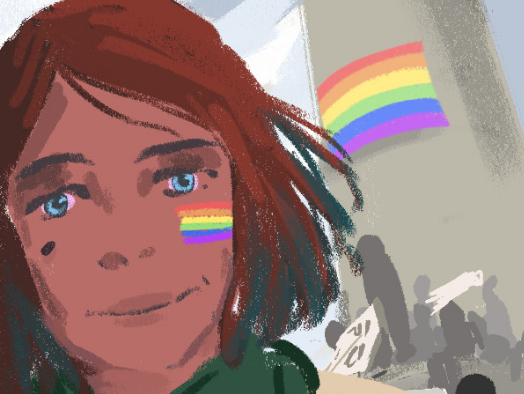 Imagine you’re walking down the sidewalk and find a phone, face-down in some tall grass next to a sidewalk. It’s nighttime but luckily you’re in a well-lit area of your town — otherwise you would have missed it altogether, or possibly stepped on it. You pick it up and try to find out who lost it. It’s unlocked but has no cell signal or WiFi connection. You begin to scroll through the phone, trying to clues to its owner. There’s a calendar, lots of text messages, a weather app, some emails, photos, and a dating app. And you’ll have to use all of them.

This scenario is essentially what A Normal Lost Phone presents the player with, although I’ve added in the early details about how I found the phone because that’s how I picture it. In reality, the only background given into the game is on the title screen. “You have just found a phone. Find out the truth.” The phone doesn’t have a passcode — naughty owner — which makes it easy to access nearly everything. The phone interface is completely believable. So believable that I kept trying to use my iPhone shortcuts to switch between the in-game apps. Everything you need to complete the game is in this missing phone; there’s even a handy calculator for when you need to do some quick math. The date and time are displayed at the top, with your scenario beginning at 10 p.m. on January 31, 2016.

A Normal Lost Phone is more like a short life event simulator than a game; that reason alone is what drew me to it. Stop and consider, for a moment, what is stored on your phone. A quick glance at my home page alone tells you what I do most: listen to music, call and message people, send email, watch TV, surf the web, look at my calendar, and practice mindfulness (or at least attempt to). The phone I have “found” is no different. The main page displays the usual music, calculator, settings, e-mail, messages, calendar, browser, weather, and photo gallery. The immediate standout is the grey icon with the pink heart featured in a prominent place at the top of the screen, a dating app called Lovbirds. Gosh darn it though, I cannot access it without internet connection. 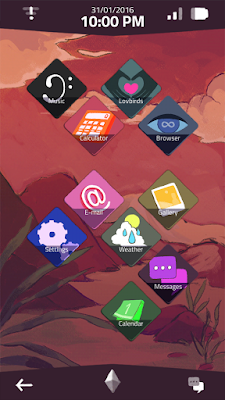 My search for the phone’s owner began with scanning through their text messages. This phone’s owner isn’t nearly as keen as I am about upkeep, and as a result there are dozens of message threads. Thankfully, as early messages explain, the phone’s owner only recently received it. These messages, dating back to mid-December 2015, also reveal one major clue into the phone’s owner: their name is Sam. Other than this, messages towards the bottom of the list have little value as they are short exchanges regarding the new phone and possibly a happy holidays or two. Oh, and as it turns out, “today” is Sam’s birthday — happy birthday, Sam, wherever you are!

Further time spent reading through messages from the past two months reveal hints of what is going on in Sam’s life. He is in high school, so there is obvious friend drama to contend with. He is also part of a book club and a board games club, each of which meet once per week according to the calendar. He also plays the harp; what a lovely instrument that is both traditional but unpopular — after all, how many people do you know that play the large stringed instrument? It is difficult to explain Sam further without completely ruining the mystery of A Normal Lost Phone, but what I will say is that I quickly came to be incredibly attached to this teenage boy affected strongly by LGBT issues. That wasn’t his only side though, as he struggled through making (and keeping) friends and navigating a teenage boy’s life in general. I found myself legitimately concerned for his well-being, worried that he had done something irrational to solve the problems he is facing.

I adore how information from one place on the phone will help you in others: for example, in the text messages there is often mention of the town’s WiFi password being its zip code. A quick glance at the weather app shows what that code is, and jumping over to the phone’s settings allows you to input the password and connect to the town’s WiFi. Then you can connect to everything else: the browser, the dating app, e-mail, etc. One of Sam’s friends helpfully jokes that his passwords are painfully easy to guess and she is right — most of his passwords directly relate to him and his family members. Digging through messages, e-mails, and photos will help you unlock the parts of the phone that hold Sam’s deepest secrets. 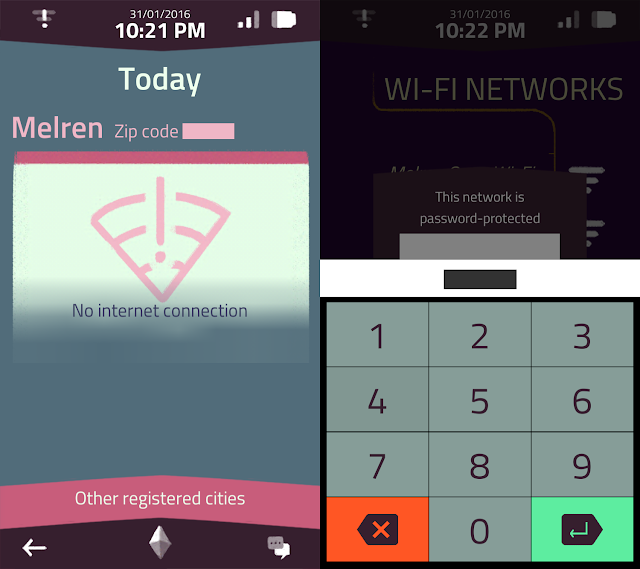 A Normal Lost Phone is not a long game, but its length did not prevent it from delving into some incredibly emotional issues that many people today can empathise with. For me, the first emotion I felt at the game’s ending was anger. I thought it barely scratched the surface of what Sam was going through and the issues he was facing. Why couldn’t these characters be communicating on a deeper level? But the more I ruminated, the more my opinion changed until I came to a conclusion that was the complete opposite of my original opinion. For one, the ending is actually brilliant. It moves the player from the position of a voyeur into that of a participant in Sam’s life. Also important is that by the end, Sam’s life feels as though it may be real. The conversations I originally perceived as shallow are exactly what would surface on someone’s phone. Sam does not share all of himself in one thread, with one person; Sam is created by combining every interaction, large or small, and looking at the bigger picture.

This isn’t to say that the relationships represented are shallow. Sam has some deep conversations with a small handful of people, but its important to remember that these are only snippets of his life. Each thread of texts, e-mail chain, private message, or message board reply is only a chapter in the book of Sam’s life; to combine them is to get his entire story. I am drawn to Sam. I am saddened by his struggles and overjoyed by his successes. I wish to celebrate his friends and shield him from his enemies. Sam reminds me of someone I know, as I’m sure he will for many others who encounter him.

Related reading: Her Story is another mysterious non-game game which Lindsay raved about.

I cannot emphasise enough how captivating A Normal Lost Phone is. It is a game that isn’t a game, a coming-of-age story broken down into hundreds of small parts, and a mystery to be solved. The ending is both final and a beginning. The game (or non-game) proves how every small interaction in a person’s life can affect their outcome. The phone interface is so believable I thought I could use the app switcher with it and accidentally kept switching to other apps on my actual phone. Perhaps my favourite part of the game was how even small pieces of information, such as offhand references to dates, are the key to unlocking the story of Sam. A Normal Lost Phone is a thoughtful, intriguing, non-game game that I cannot recommend enough.