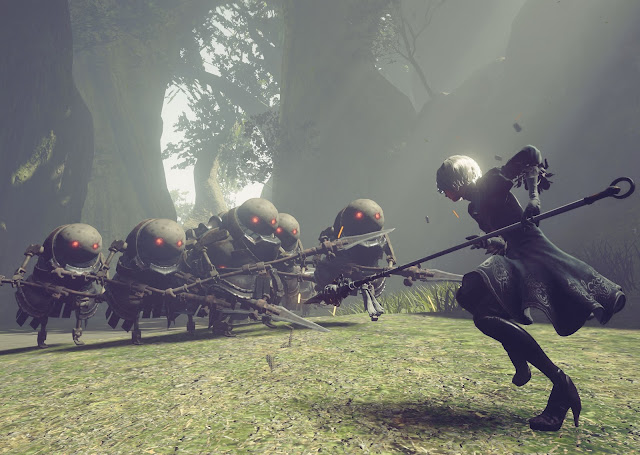 The first demo of NieR: Automata released to the public was a mere teaser, far more interested in showing off the gameplay than much of the narrative. The fact that the gameplay, with the help of PlatinumGames, is so good had me making the (admittedly huge) call that it would be the best game ever made; but I had faith. Faith that Yoko Taro knows how to craft a compelling narrative and work with developers to realise his ambitions. Faith that the hyper-linear nature of the original game would open up into something much more once the opening level was done.

Related reading: My impressions from the first NieR: Automata demo.

Now that I have played a second demo – and one that showcases what comes immediately after that introduction – I’m happy to report that my faith in Yoko Taro and PlatinumGames has not been broken. I’m still certain that this is going to be the best game ever made.

Unfortunately, I can’t talk too much about what I’ve seen. Square Enix wants to keep the wraps on a lot of the content – one assumes because they want people to be as surprised and delighted at each new discovery as I was. The NDAs preventing me from talking about a lot of the narrative are so cumbersome that I can’t be bothered to work out what I can, and can’t, talk about. So instead I’m going to talk in general terms, but rest assured that I can already tell that the narrative and context of the game will be up there, in terms of depth, nuance, and the kind of philosophical nonsense that I get a kick out of. 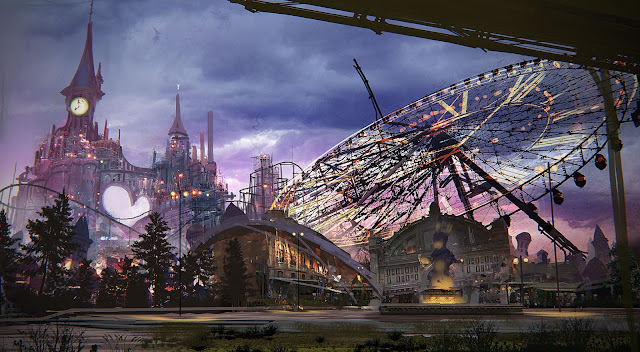 One of the things I liked about the original NieR is the fluidity with which you’d move from one area to a town, and then arrive at a dungeon. “Open world” isn’t really the accurate way to describe the structure that NieR had, but it was large and seamless; if anything, it was similar to the best efforts we’ve seen from the Zelda games to date (notably Ocarina of Time and Twilight Princess). Thanks to the design of the side quests and other things you could do to fill in time between the main missions, you’d often be moving between them seamlessly, too. One of my few concerns from the original demo of NieR: Automata was that the space was very linear and didn’t seem to have that same flow from one environment to the next.

This new demo has put that concern to rest. Now I’m certain that NieR: Automata follows almost exactly the same structure as its predecessor. The environments that I explored were absolutely massive and, unlike NieR, also beautiful and epic in scope. Where that game felt purely functional through most of the experience (though it has a desaturated aesthetic that is, ultimately, quite appealing), this NieR offers a similarly desaturated palette, but does far, far more impressive things with it. Open areas look more expansive, decrepit buildings soar into the sky. Areas reclaimed by vegetation are now more lush – and given that this game seems to be setting up a contrast between the natural and unnatural world, the contrast in use of colour and saturation seems to have greater meaning.

I was also a little curious to find just how much of a JRPG this game would be. With the demo offering a difficulty option that states “one hit = death”, it was difficult to imagine just how that would work when JRPGs are generally all about the accumulation of power in order to take greater and greater attacks from the enemies. But yes, I can confirm that it’s very much a JRPG in the vein of its predecessor, complete with plenty of upgrades for the character, plenty of subquests, and plenty of combat challenges that essentially assume the player will take damage. That “no damage” run is simply going to be for the most hardcore of hardcore players. 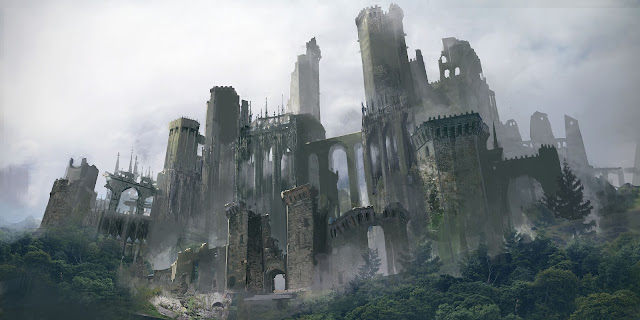 More than anything else, what really struck me about the expanded NieR: Automata demo was just how much it felt like NieR. Late last year, when the first demo landed, there were all these conversations attributing the game to the developer, PlatinumGames, rather than the creator, Yoko Taro. I even wrote about that exact topic, because I do feel that in the games industry we need to better attribute the development work to the creative individual, or team, rather than the technical teams.

Related reading: In-depth on why NieR is the most intelligent and important game ever created.

With that being said, the flow of the action and way that the narrative unfolds throughout this demo is very much part of the the vision of NieR, not PlatinumGames’ other work. There will still be people crediting PlatinumGames, if not Square Enix itself, for the creativity behind NieR: Automata, but this is wholly and inarguably a Yoko Taro work. With that in mind, and with a solid five hours or so of play time into the game now, I stand by my original statement: this is going to be the best game of all time.