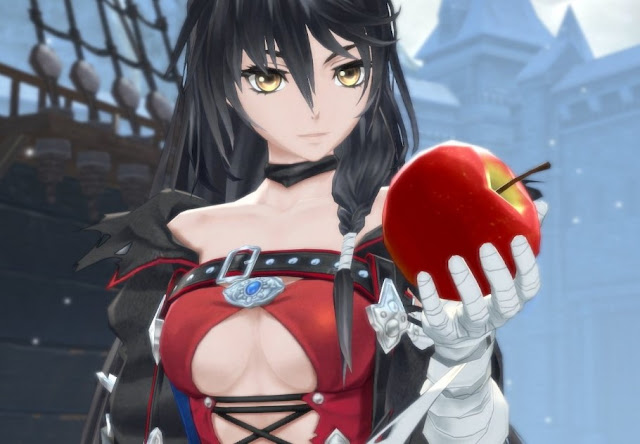 The recent Tales of Berseria really, really impressed us. For a series that has, traditionally, struggled to appeal outside of its core audience, Berseria represents the best opportunity that Bandai Namco has had in some years to develop a new audience around the venerable franchise.

And, given that the series celebrated its 20th anniversary not long ago, it is perhaps appropriate that the latest game is for a new generation of JRPG fan.

We recently had the opportunity to ask the game’s Director, Yasuhiro Fukaya, about the thinking that went into the game, what the team was trying to achieve with the darker vision in Berseria than we’re used to from the franchise, and his thoughts on the JRPG genre in general.

Digitally Downloaded (DD): What do you think are the key qualities of the Tales series, that has made it such a compelling one to so many fans over so many years?
Yasuhiro Fukaya (YF): In the Tales of series, it is the key to show each component, such as its universe and story, characters and battles through Japanese-styled animation, and not in a photorealistic way. 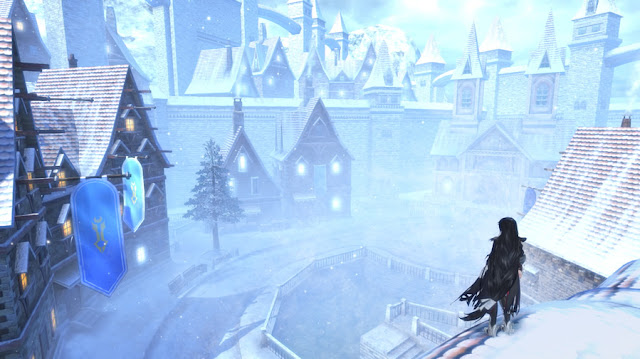 As a result there are elements in each game that haven’t been changed across the series, even if most of parts are newly created. This is why we’ve got so much support from fans over the long term, even though the games basically do not have any relationship with each other others (i.e. they’re not usually sequels); they are still recognised as Tales of games.

DD: One of the things that all Tales games hold in common is the in-depth characterisation. How does your team design its characters, and the relationship between them? It must be a long process….?
YF: Velvet (Berseria’s lead character) is the main character, and she has a darker side than general for the series, which is important, as there is also the character in other side in this title who has strong relationship with her. That’s Laphicet.

The development team imagined that if Velvet were the symbol of darkness, Laphicet would be the symbol of light and play an especially important role in the story. As most people know by now, Tales of Berseria, is Velvet’s revenge story. Further, she is drawn as a mature woman since she is a little bit older (19 years old) comparing with the main characters of previous titles, and she is already strong-willed even at the beginning of the story. Therefore, this time, to balance that character out, not only Velvet but also Laphicet play an important role in telling the story of growth in the main character through the story. This is the real point of the game, which we designed with a strong image of their relationship.

DD: The opening to Tales of Berseria is quite a bit darker than I’m used to from the series, which has always had its serious moments, but nothing quite that intense. Why take the Tales series for that darker turn?
YF: The Tales of series celebrated its 20th year anniversary in December 2015. Tales of Berseria is the first step towards to the next 10-20 years. At the beginning, the concept of this game was to try something different from the ones we had made over the past 20 years. In addition to the darker tone, one of the ideas was to make the first solo female protagonist in the series, which we took seriously. It wasn’t that we would simply replace the typical main character, which was used to be an ”active, young, strong-willed and adventurous young man” with a female character, but we also wanted to give her a unique background, and arrived at a darker individuality and mysterious past. This is one of things that we wanted to try out. 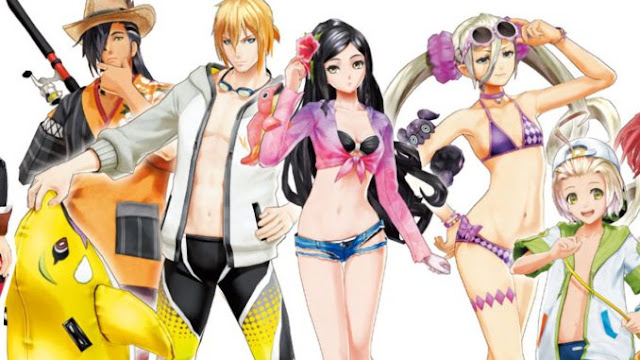 DD: How do you look to build on the combat system from one game to the next? It’s such a distinctive combat system, and so well loved, it must be difficult to make changes to it!
YF: Tales of Berseria implements the battle system that we’ve called “Liberation-LMBS (Linear Motion Battle System)”. The big difference from previous titles is that we’ve changed the battle operation system completely, which had been unified over the previous titles. In particular, by assigning multiple artes (special abilities or magic) to the four buttons: ○, ×, △ and □, a character’s attacks using artes can be intuitively linked together.

The reason we made this change is because of the increase of new users who haven’t played this series before since this title expands into new platforms (PC/Steam) and languages. Since there are many people who haven’t played Tales games due to the difficulty of battle systems, we meant to change the action design which has been “the usual” over this series to make it enjoyable for everybody.

In addition, regarding how to build the battle system, the development team imagines battle elements as “giving you an exhilarating feeling by beating out of enemies with speedy and flashy continuous attacks.” As long as we follow this point from one game to the next, battle designers can incorporate different ideas to make this game enjoyable for more players.

For an example of that design ideology in practice, in Tales of Berseria, we made the “break soul” abilities the core of “Liberation-LMBS.” For example, Velvet’s “break soul” absorbs the enemy’s ability with the first attack (“Consume Claw”), which then puts her in a dominant state and increases the number of attacks she can make. Used the end of combos, it will be a very strong ability that can turn a battle. 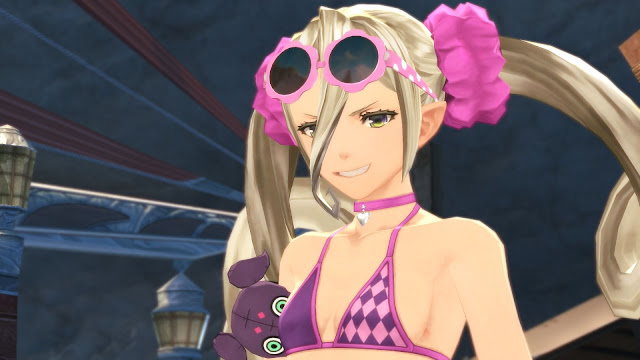 Each of other party members also has a characteristic “break soul” ability, such as counter attacking, or providing supporting abilities such as healing or defence effect. This allows players to enjoy each battle and character in a different way.

DD: It seems like there is a real resurgence in the JRPG genre as a whole at the moment. What do you think is driving the renewed interest in JRPGs?
YF: I am also feeling that JRPG genre is booming in recent years. One of the reasons is that not only are some large publishers are launching new IPs in JRPG genre, but also those who have played JRPG around the world in 1990s are publishing their own Indies JRPGs. While it’s not a JRPG, a good example is Undertale. It is a great game because it has a very deep story and characters with superb music enhancing them. It also has the battle system which is characterised by a playful gimmick. And yet, it’s a small indie project. Regardless of the scale of titles, that there are so many JRPG games being made is helping a current JRPG boom.

And as one of the representatives of JRPG, the Tales of series will challenge something new to make it enjoyable for fans.

DD: For people who would like to create their own RPGs, what advice would you give them?
YF: This might be a stock answer, but I think it is important to enjoy games in various genres every day. Video games are different from other entertainment media. It is necessary for players to find interest in the games by themselves. 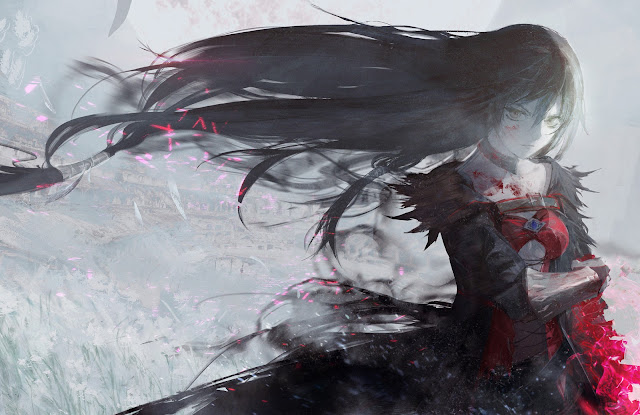 For example, if you push a play button for a movie or music CD, then you will get to know all about it after a certain time, no matter how boring it is. And everyone can finish reading a book or novel even though there is an individual difference in the speed of reading letters. But when it comes to games, it can’t be the same. If the operation system was too complicated and takes much time to use, no matter whether there is a wonderful story at the end, a lot of players would give up before reaching the point. The more time it needs to complete a game, the more this situation would happen.

DD: Finally, what games are you playing at the moment?
YF: My co-workers and I have been playing Overwatch since it was released last May. Although it is FPS genre with full of action, we find a lot in common with it, as each character plays their part. Therefore, shooting and defeating the enemies are not everything what you have to do, all of team members have to cooperate to aim for victory. This is why I like Overwatch.

Regarding other recent games, I also completed The Last Guardian. In the same way that the developer’s previous titles ICO and Shadow of the Colossus were, it was a very useful and good reference point for me since its narrative method avoids over-explanation; about not only the playing parts such as action or puzzles, but also how it relates its universe or story to the player.