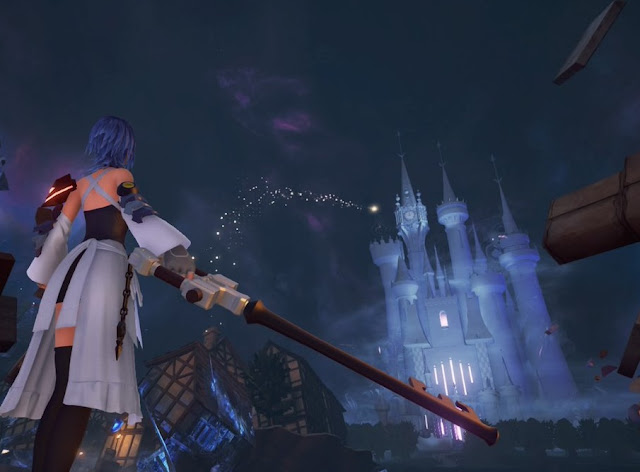 I’ve played all the Kingdom Heart games at some stage or another, but even so, I’m no longer sure I actually know what’s going on with the series. The continuity between one title and the next is obtuse, and I’m not sure whether it’s deliberate or the development team has completely lost control over it.

Still, the series has its fans, and Square Enix has been dutifully working towards the third “main” title for quite some time now. So long, in fact, that the company felt that it was worth releasing HD Remaster collections of the games to give people a chance to ‘catch up’ or re-acquaint themselves with events before they had the chance to forget. On the PlayStation 3, there are two of them: one allowed players to replay the first Kingdom Hearts, as well as a GBA side-title (Chain of Memories), and watch a video-only recap of the Nintendo DS game 358/2 Days. The second HD remaster gave us Kingdom Hearts 2, Kingdom Hearts: Birth By Sleep (originally a PSP title) and then a video-only recap of the story of Kingdom Hearts Re:coded (released both on mobile and Nintendo DS).

Those packages were genuinely good value as they both contained two full games; a numbered “main” Kingdom Hearts, as well as a secondary game, as well as a narrative recap of a third, which is essential if people want to have any hope of understanding what Kingdom Hearts 3 will be about.

But Kingdom Hearts 2.8 is different. The “main” game of this package is a Nintendo 3DS title that was never up to the standards of the best in the series (Dream Drop Distance), the “secondary” game in the package is a glorified demo for Kingdom Hearts 3, and the cinematic retelling in this package is of the story of a browser-based Kingdom Hearts game that was completely forgettable; only the most hardcore fans would even be aware that it ever existed. In other words, this package immediately feels like a collection of the dregs of the Kingdom Hearts series, and a desperate attempt by Square Enix to throw something at players to keep them interested while development of Kingdom Hearts 3 drags ever onwards.

I’m not even going to bother trying to engage with the plots of the two games in this package. You have to have played each of the games from the previous packages to have a hope of comprehending them at all. And, even then, they are just so wrapped up in their own lore and the complex relationships between characters that it’s dense going.

It’s not helped by terrible voice acting in Dream Drop Distance, either. I really struggled to get along with that game back on the 3DS, and dropping the 3D for admittedly improved visuals on the PlayStation 4 has done the game few favours. As anyone who has played a Kingdom Hearts game knows, the real thrill of this series is the mixing of Final Fantasy and Disney elements. While it’s great fun to explore your favourite Disney settings, that appeal wears thin fairly quickly thanks to an obtuse combat system and the complete disconnect from what’s happening thanks to the supremely uninteresting characters. 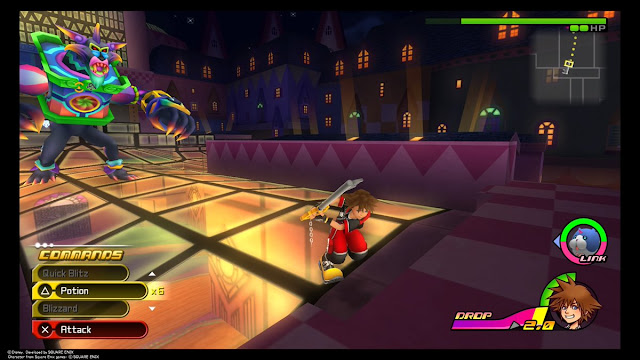 The Kingdom Hearts 3 “demo” fares better. In fact, much of my interest in Kingdom Hearts had suffered with these weak handheld entries over the years, so I’d stopped paying attention to Kingdom Hearts 3; but this demo has put it back on my radar. Taking control of Aqua, easily the best character in the series, you’re tasked with exploring a couple of small spaces and beating up some enemies, while a brief slice of plot helps to set the scene. In this demo the performances are much stronger and the environments are gorgeous. Kingdom Hearts 3 is going to be a truly next-gen experience.

The combat of Kingdom Hearts 3 will be much more refined and interesting too, based on this demo. Aqua moves with superb grace, and while the action is pacey, I never struggled to keep track of what was going on. Indeed, I had a lot of fun trying out different combinations of magic, aerial and ground-based attacks, whereas with Drop Dream Distance I almost immediately found myself avoiding combat wherever possible (and then ending up so under-levelled for bosses they’d trounce me). While I think it’s a bit rich to actually charge for this demo (Final Fantasy XV demos were free – package up the two of them and you’ve got roughly the length of content that this one offers), it is nonetheless the highlight of the package.

As for the cinematic “game,” Square Enix obviously has a greater estimation of the quality of the narratives in Kingdom Hearts than I do. Sitting through these “games” in each of the three HD packages has been a chore and most certainly not of the same standard as the Kingsglaive movie that Square Enix used to prologue Final Fantasy XV. But sit through them you will, because again, you’re going to need to if you want to make sense of Kingdom Hearts 3. 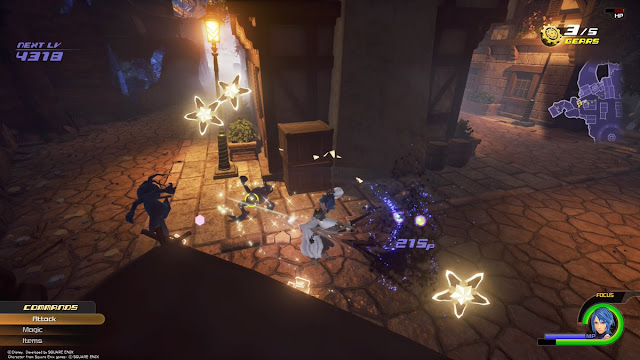 This is the most disappointed that I’ve been with Square Enix for quite some time. I appreciate that the publisher wanted to make sure that fans had access to everything they needed ahead of the release of the big game (Kingdom Hearts 3), but the overall package feels like it’s a collection of Z-list content thrown together. Dream Drop Distance could have been a cheap PSN release, the Kingdom Hearts 3 demo could be called a demo and not masquerade as a proper game, and the video could have been thrown up on YouTube for all anyone’s going to care.