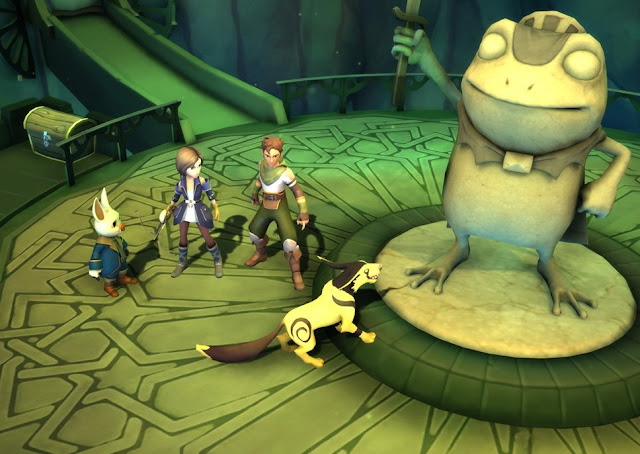 The retro-throwback JRPG has been a genuine trend in recent years, and it’s not just in the indie space, either. I Am Setsuna and Bravely Default, for example, are games published by the godfather of the genre, Square Enix.

Related reading: Our interview with the developer behind Earthlock.

For a game like Earthlock: Festival of Magic, that might not be such a good thing. Developed by a small Norwegian team, this game is assuredly one of the best retro-throwback JRPGs by an indie development team. Unfortunately for it, even when you’re recalling the past, modern production values matter, and when compared against the brilliance of the likes of I Am Setsuna, it’s suddenly more difficult to see this game really standing out.

But let’s not take anything away from what the game is. It shares that raw sense of adventure and exploration that made the JRPGs on the Super Nintendo and PlayStation One so utterly compelling. Back then, before games became almost overburdened by the need to tell deep, rich, and mature stories, JRPGs were more minimalist in narrative structure. You’d visit a town, wander across the world looking for a dungeon, complete that dungeon and move on, with each component bridged by some storytelling and dialogue that would set the scene and establish characters.

This was the first real boss. They might take some fighting. #PS4share https://t.co/fLxF9vybfc pic.twitter.com/ElJKuPGaxe

There were certainly narratives worthy of study back in the “grand ol’ days”; think Final Fantasy VI, VII or Chrono Trigger. But they were stories told with a minimalist approach; there were no half-hour cut-scenes, no long-winded lore explorations. Those earlier games had a single point, and done well, they punched it through with razor precision, and it’s to this heritage that Earthlock owes its own storytelling.

There’s some good stuff in there, with some themes around environmentalism and race relations, and then there’s some good, strong female representation, which is always nice to see. At the same time, Earthlock doesn’t allow itself to become too bogged down in its storytelling and characters, preferring instead to allow players to drive the plot forward at a solid pace by the genre’s standards.

Dungeons, meanwhile, are never overlong, but are well designed, with some puzzle-solving and exploration to make sure that you’re paying attention. It’s the boss battles at the end of the dungeons that form the game’s weakest point; they’re epic conflicts, to be sure, but the difficulty spike in fighting them tends to be significant (resulting in some inevitable grind), and they tend to have a lot of health, so that even when you’ve got the attack patterns down and are comfortable with how to beat them, your team will have to wade through turn after turn, slowly whittling down the boss’s health. That may well be the developer’s intention; after all, it was a feature of many of the older JRPGs back in the day too, but it’s not the modern standard for game development. 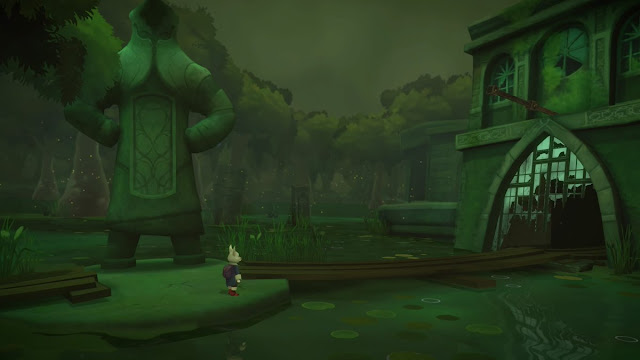 Other moments in Earthlock are also decidedly of the old-fashioned variety that is anything but quaint. Save points, for example, tend to be placed too far apart to allow for quick gameplay sessions. This happens in the odd major JRPG release too, and it’s a throwback to a time where the ability to save anywhere was inhibited by the technology. That is no longer an issue on our PlayStation 4s, and I see no reason to not allow people to save anywhere.

That being said, for the most part the flow of Earthlock is quite sound, and certainly in other ways it feels like the modern classic JRPG. Rather than magic points, for example, characters have an energy bar that they can fill by taking turns to rest, with the more powerful attacks chewing up more of the energy. This immediately sidesteps the classic problem in so many JRPGs that you’d run out of magic well before the end of a dungeon – unless you became so frugal with it that the dungeon itself would take a jump in difficulty. It’s a feature that’s not uncommon in JRPGs today, and I’m glad for it; it shifts the strategy of the game to using resources to overcome challenges, rather than trying to be conservative.

The combat is quite tactical, which I like. Each character can shift between a couple of different “stances,” each with their own abilities and strengths. Your job from there is to figure out which combination of stances can best attack the enemy weaknesses, while preserving the team’s own health. The variety in the enemies is such that you’ll find yourself regularly shifting through the team’s stances, and it’s nice to see a game really encourage players to make use of all the different combat options available to them. 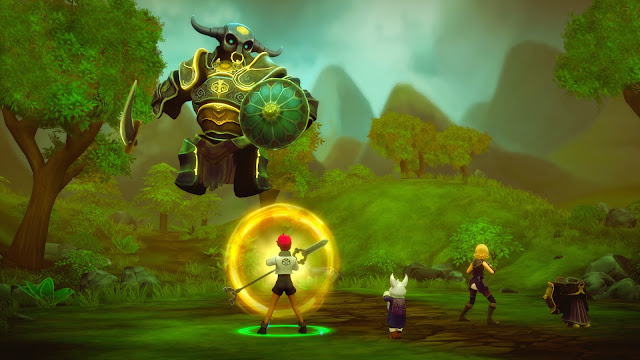 There are also elements of alchemy and even a spot of Harvest Moon thrown in there for good measure. Unlike many modern JRPGs, Earthlock is content with keeping players focused on the main quest, and so it tends to limit the side deviations that bloat so many other games. Those moments to grow some plants and mix some herbs together (no, not like that…) are the best downtime to take a bit of a break from the main quest.

Related reading: One of the most incredible retro-themed JRPGs you’ll ever play is I am Setsuna. Matt’s full review.

The last thing that needs to be said about Earthlock is that it is impossibly attractive. The art director of the game is a master of his craft, and it looks every bit the homage to the PlayStation era of JRPGs, only with better character models and greater depth and vibrancy of colour. Every new area in Earthlock is a treat to the eyes, and it’s hard not to be immersed in what’s going on when the environments, enemies and characters are as inspired as they are in this game.

Ultimately, what makes Earthlock so essential is just how earnest it is in its love for classic JRPGs. It’s worth sitting through its more cumbersome features in order to appreciate the hard work that a team of people who clearly love the genre have sweated over to refine the game to the point where it’s not only a homage to the greats of old, but it adds just a little to what makes the genre so wonderful.