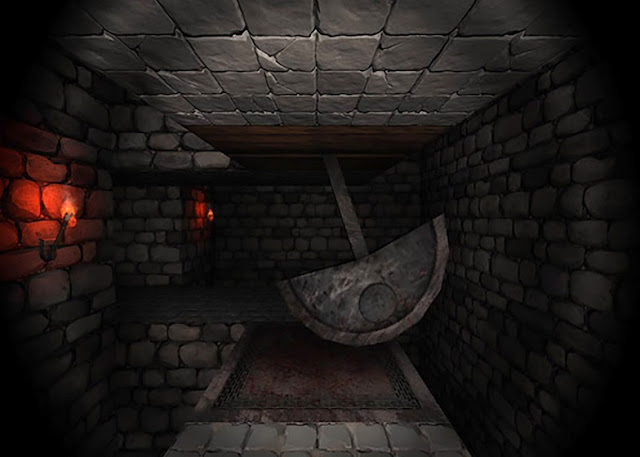 If you had asked me before I started playing around with Virtual Reality, “What genres are best suited to VR?” I would have said racing, horror, space games, arcade-style rail shooters and, of course, rhythm games. Despite my love for the RPG genre, however, I wouldn’t have said any of the RPG sub-genres were necessarily suited to VR. These games tend to be big, complex, unwieldy affairs, and I’m not sure that a genre where you’re constantly pulling up menus would offer the kind of immersion that VR really calls for.

Related reading: It might not be a VR game, but Legend of Grimrock is one of the best dungeon crawlers you could play. Matt’s full review.

If there’s one thing that Crystal Rift has going for it, it’s that I no longer believe that VRs and dungeon crawlers, as a RPG sub-genre, are incompatible. In fact, I am now eagerly anticipating an Etrian Odyssey, Wizardry, or Grimrock VR edition. On the other hand, Crystal Rift is a terrible, terrible game and I never want to play that particular dungeon crawler ever again.

It’s overwhelmingly simple for a dungeon crawler, for a start, and that’s a problem since dungeon crawlers tend to be, mechanically, the most simple of the RPG genres. This might be owing to my aforementioned comment about menus and the like; there is a very clear effort to minimise the HUD and menus in Crystal Rift, to the point where it doesn’t really feel like an RPG at all. Rather, it feels like a spatial puzzle game, where most of your time is spent navigating around the dungeon, with the occasional enemy to kill along the way. But statistics, equipment, and all that other stuff that we usually expect from an RPG in order to feel like we’re making progress? That’s all been quite significantly backgrounded.

Yessssss VR dungeon crawler. I just hope it gets better than this >_> #PS4share https://t.co/FcB5LSdcrF pic.twitter.com/zXqGijaVPI

Furthermore, the developers are surely fans of From Software’s King’s Field series (as in: the RPGs that From made before the Souls games, which I happen to prefer, but that’s another story for another day). There’s a very familiar sense of aesthetics and design this game shares with that series; a similar taste for labyrinthine design, for enemy behaviour, and even for combat flow. In King’s Field, the popular strategy for overcoming the enemies was to take a swing at them, and then back off before the enemy’s counter attack could hit. A lot of the time you’ll find yourself fighting enemies in the same way. And the King’s Field games themselves were also not heavy on the HUD elements and statistics tracking.

So at first I was prepared to really get into Crystal Rift. After all, King’s Field is one of my favourite franchises of all time, with a real X-factor where all the games’ pieces came together in a way that was elegant, beautiful, and melancholic. Tonally, there’s nothing quite like King’s Field, and no one ever really tried to emulate the qualities of those games in the past. That there was an indie dev willing to give it a go was all kinds of exciting.

Unfortunately the impression doesn’t last long. Combat is laughably easy, for a start – so very different to King’s Field, which is a series more brutal than what anyone who has mastered the Souls games would likely be willing to experience. When the enemies aren’t literally turning their backs to you thanks to quirks in their AI routines, the combat pacing is such that even the faster enemies are easy to figure out and out-manoeuvre. Puzzles and traps aren’t necessarily easy, per se, but they are so utterly generic that anyone who has played a dungeon crawler before will find their way around with ease. 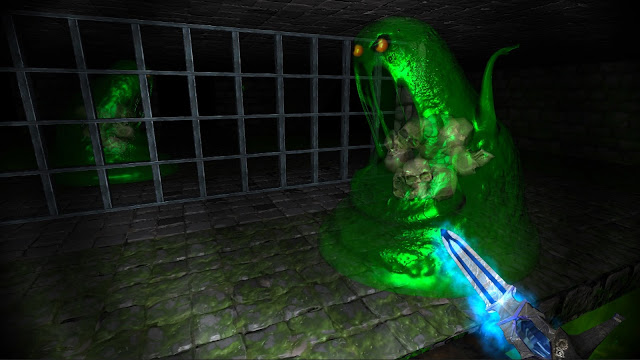 But what is perhaps the most disappointing thing of all is that it doesn’t take long for the developers to lose control over the atmosphere of the game. King’s Field is almost intimidating in terms of how tightly controlled it is, but here in Crystal Rift the attempt to aim high, at a haunting, melancholic, gothic nightmare, soon degenerates into something more akin to the kind of haunted house nonsense sideshows that you see at showgrounds or carnivals. There’s even the minecart on rails to sit in.

Equally lacking is the narrative. Very few dungeon crawlers have wordy narrative, but the better examples of the genre make effective use of dungeon design and razor-sharp dialogue in order to create the story threads that players will slowly spin into complete stories themselves. Forgetting King’s Field for a second, think about other classic ‘crawlers, from Eye of the Beholder to Strahd’s Possession and Wizardry, from the Souls games (which, despite playing in third person, are certainly ‘crawlers), to the Legend of Grimrock. None of these games were especially heavy on cut scenes or dialogue, but they told remarkably effective stories through the atmosphere and snippets that they did give along the way.

Crystal Rift has very little of any of that. There’s a vague pretence that you’re trapped in a prison-like space, and the only escape is to delve deep and survive the horrors along the way, but there’s very little storytelling in the arbitrary level design, or ever the sense that some greater lore is placing this dungeon in a wider fantasy world. 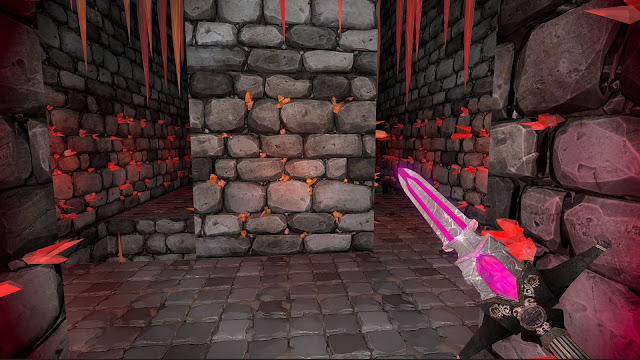 Crystal Rift possesses all the potential in the world, and I certainly hope the game performs well enough that the development team is able to go back to the drawing board and come up with a more comprehensive and nuanced structure for another crack at the VR dungeon crawler. Because, as I said at the start, for all its many flaws as a game, Crystal Rift has absolutely sold me on the idea of the VR dungeon crawler.

– Review by Matt S.
Editor-in-Chief
Find me on Twitter: @digitallydownld

Aussies are making a super sexy Japanese visual novel, and it looks awesome