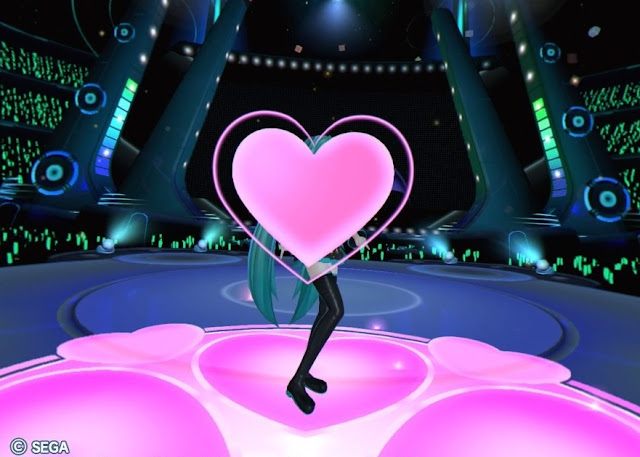 And so, just like that, the final “chapter” of Miku’s first VR outing draws to a conclusion. It’s too soon, and I want too much more, but the third stage for Hatsune Miku: VR Future Live is a superb conclusion to my favourite VR experience to date.

As with the previous two “stages”, this pack contains seven music tracks split into two lots of two, as well as a special “encore” if you’re enthusiastic enough through the concert. Each time you’ll get to chose between two different tracks, three times over. Your only job through the music is to wave your controller or Move around in sync with the crowd, and if you do that well enough Miku will perform her seventh and final track for an intimate audience of just one; you. 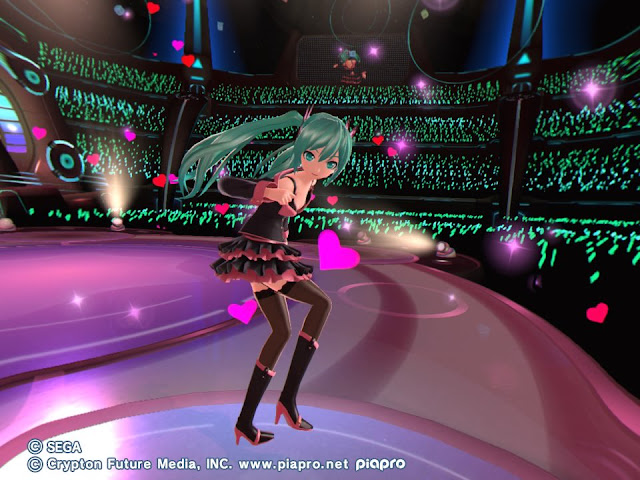 Talk about a reward.

What’s really great about this third stage is that all seven of Crypton’s vocaloids show up to perform. In the first “stage”, it’s just Miku. Then in the second, the twins (Rin and Len) and Luka get to perform if you selected their relative tracks. For this one, all the vocaloids aside from Luka have a song in which they’re a major performer, and then there’s a finale option (“Beginner’s Medley”) in which all seven perform on stage at once. The energy of this final track is especially enjoyable. 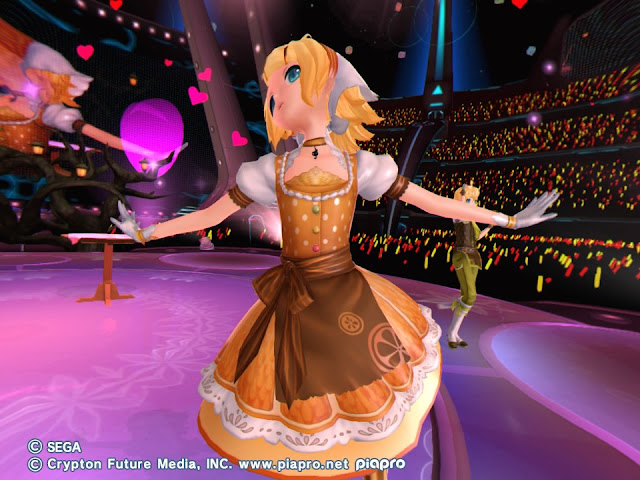 As with the previous “stages” the vocaloids will start out each track in their default costume, but if you’ve been waving your controller around with enough enthusiasm, midway through they’ll go through a costume swap, which puts them in their “proper” costume for the track in question. Given that this set includes Sweet Devil as one of the tracks, which means Miku changes into Honey Whip, the incredibly sexy pink-and-black combo, there’s nothing to complain about here. You’ll also unlock a few extra costumes to use in the encore performances, and you’re able to also use these on encore performances from previous “stages”, though frankly I just use the wedding dress costume each time.

As for the music tracks themselves, this pack includes the following: 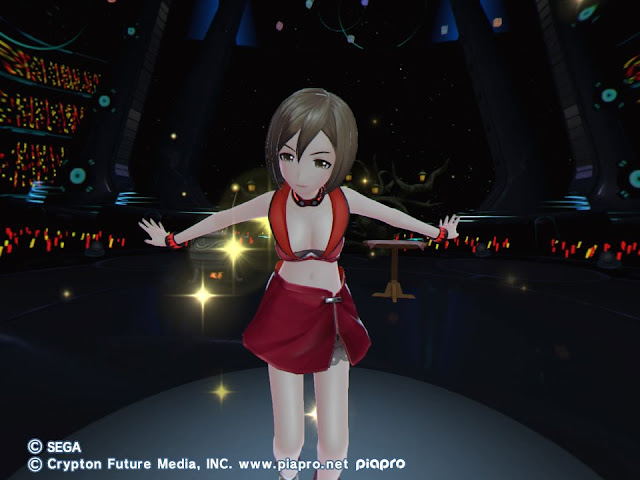 There’s a couple of odd choices there. Name of the Sin and The First Sound are not tracks I would necessarily consider up there with Miku’s finest. It means that over the course of all three “stages,” we’re missing some blindingly brilliant tracks: where’s Romeo & Cinderella? Senbonzakura? Nostalogic? With a total of 21 tracks there probably wasn’t room to throw in anything but the best of the best, but in saying that I’m sure other people will love the tracks I didn’t and then wish a different set of their own tracks were in the package. Hopefully SEGA decides to do some more of these VR experiences to remedy the gaps.

While I know the lack of interactivity in these experiences hasn’t sat well with anyone, they’re really there more for the people who would actually go to a Miku concert than simply play her games. What I don’t think can be questioned is the potential VR has for rhythm games. Being pulled up on stage with your favourite virtual character is fanservice in the purest sense, and it is a visceral thrill that can only really be achieved through virtual reality. It’s a pity that some only want their VR units for playing games, because this technology offers so much more than that.