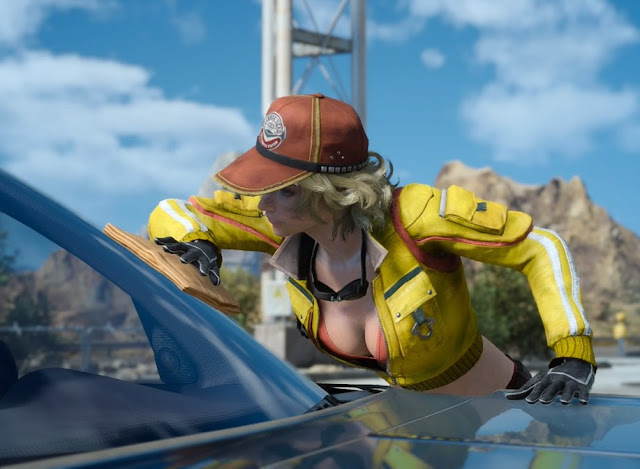 You may have noticed that Final Fantasy XV was released this week. Looking beyond the fact that the game has been so long in coming, it is Final Fantasy – more than any other franchise from Japan – that the mainstream gaming community pays attention to. Nostalgia for the impact that Final Fantasy I, VI, VII and X had on the industry means that people expect every game in that series to have a similar impact. People who would otherwise never play a JRPG will buy a Final Fantasy game. People who don’t even realise that there are dozens of JRPGs released each year will breathe a sigh of relief that there’s “finally” a new JRPG to play when a Final Fantasy game releases.

On the one hand, it’s an enviable position for Square Enix to be in. The company has the only JRPG franchise with a legitimate claim to be a “mainstream” one, and this means that the company can also invest millions and millions of dollars, over ten years, into making a single game in the franchise. We joke about how long Final Fantasy XV has been in development, but there’s clearly a reason it has taken so long. It’s testament to the value of the franchise that the producers at Square Enix were willing to be patient and wait for the game to be right, rather than release it and risk upsetting people with a game of inferior quality.

But at the same time, the Final Fantasy franchise is perhaps the most tragic victim of expectation of all game franchises out there. Consider this: Final Fantasy XV is the only game to be released in many years that people genuinely expect should appeal to literally everyone. I have seen so many comments from people who profess to not liking JRPGs (or Japanese games in general) looking forward to playing Final Fantasy XV. I’ve seen even more comments from people who never play JRPGs as they get stuck in the first couple of hours of gameplay. The issue is that such expectations levelled against Final Fantasy XV are really quite unreasonable, because with them comes a misconception that Final Fantasy will be something it is not.

Do we expect a game like Call of Duty or Forza, FIFA or Grand Theft Auto to appeal to people who aren’t fans of FPSers, racing games, sports games, or open world satirical action games, respectively? Of course not. Everyone knows that I’m not the world’s biggest fan of shooters, and I’ve been plenty critical of everything from Battlefield to Call of Duty over the years. But is there the expectation that the developers should somehow adjust their games to suit my preferences? No, and I would never suggest that they should. Every year, when a new Call of Duty game is released, I don’t comment on how I hope that this game is “good, even though I don’t like FPSers.” That’s a common comment I’ve seen about Final Fantasy XV, however.

There is the expectation attached to numbered Final Fantasy games that somehow they’ll offer players an experience that will suit them, and you can see that the developer and publisher work overtime to indulge these demands. Turn-based combat doesn’t appeal to people who don’t play JRPGs, so instead of making a game that does appeal to fans of turn-based combat, Square Enix tosses the turn-based combat out of the window. Linear storytelling experiences appeal to fans of Japanese games (see the popularity of titles like Steins;Gate), but apply that kind of storytelling to a Final Fantasy game, as Square Enix did in Final Fantasy XIII, and people in the mainstream complain about how linear the experience is.

The problem with this approach is that Square Enix ends up spending so much time and resources on adjusting the gameplay formulas to suit the non-fans, when it could instead be making games like Final Fantasy X, which demand respect even if some people would never “lower” themselves to play such a game. One of the things I’ve noticed most about Final Fantasy XV is just how hard it works to use smoke and mirrors to pretend it’s a game that it doesn’t want to be. Yes, it offers a big open world to explore, but then it gives you the option to auto-navigate through the entire game. That car you see the heroes driving around can auto-pilot you from one mission objective to the next, which effortlessly recreates the linear progression of previous Final Fantasy games. 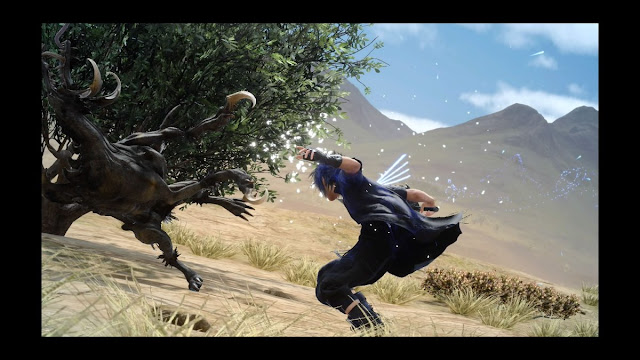 Similarly, the combat. On the surface it looks like a very, very fast combat system indeed. But then you start playing it, and realise that in order to do well, you need to put an equal focus into attack and defense that mirrors how the traditional ATB system works in other Final Fantasy games. You’ll spend some time ducking and weaving out of an enemy’s path, before being presented with an opportunity to counter-attack, and that’s when you go on the offensive. By the time I was about ten hours into the game, it certainly felt like a turn-based game, even as my eyes were telling me I was playing an action game.

This smoke-and-mirrors trickery is there because, while Square Enix keenly wants to retain the Final Fantasy identity, it also seems to harbour a belief that what the mainstream wants is no longer compatible with that identity. People want open worlds, so Final Fantasy XV needed to resemble The Witcher 3, regardless of how it played. People want action combat, so it’s not good enough to have screenshots and videos showing characters in static positions taking turns to bop one another on the head. Those kinds of systems are fine for nostalgic love letters to the series past, as in World of Final Fantasy, but the main numbered series needs to appeal to people who don’t like the JRPG genre, so Final Fantasy XV needs to pretend, as far as possible, that it’s not a JRPG.

None of this should be read as a criticism of Final Fantasy XV. I love the game. I think it’s wonderfully intelligent and meaningful, and certainly the best blockbuster I’ve played in years. When I finally get around to writing this review, it’s going to be glowing in its praise. At the same time, I can’t help but feel disappointed that Square Enix works so hard to make the series a mainstream one, by being so false to itself at times. The reality is that the JRPG genre is not going to be a mainstream genre, ever again. I must admit that it does frustrate me a little that people who rarely play JRPGs suddenly expect that a new Final Fantasy game should be designed to appeal to them; but equally, it’s a little frustrating that Square Enix is so keen to appeal to an audience outside its base that it risks diluting the appeal and identity of its most critical franchise in the process.