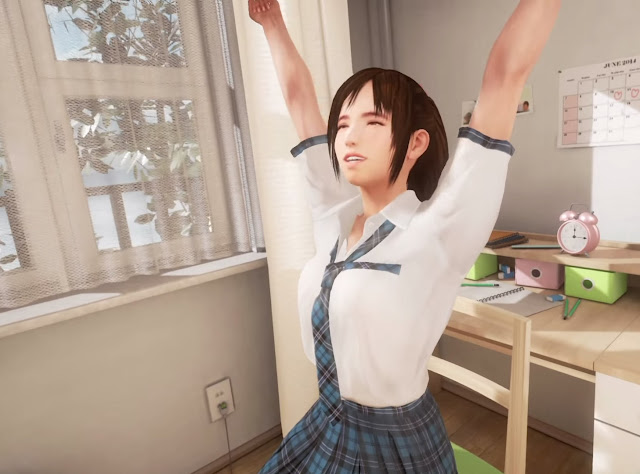 This news really made my day. Bandai Namco’s promising VR character interaction simulator, Summer Lesson, is actually getting a release in English!

For those of you who haven’t heard of the game, this was one of the earliest PlayStation VR games that was announced. In Summer Lesson you play as a tutor, helping a school girl named Hikari Miyamoto through her studies, and listening to her as she talks about a range of other things going on in her life.

It’s a game that immediately got attention for its potential creep factor, of course, but it looks to be a genuinely good game, and something that could only really work in VR, beyond that.

Now, the game is not getting a release in all English territories. Rather, Bandai Namco has decided to follow Koei Tecmo’s lead with Dead or Alive Xtreme 3 in releasing potentially “problematic” content by localising it into English exclusively for the South-East Asian market (i.e. Hong Kong). The PlayStation 4 and PSVR headset are region-free, so that people who are interested in the game can effortlessly import it, and Bandai Namco reduces the extent of the criticism that the game would receive if it was released to store shelves in places like the US and Australia. A win-win for all, if you ask me, and I hope more Japanese publishers go down this route if they are concerned about their games being met poorly by vocal quarters in the west.

There’s even a trailer to share of the English release; better get saving for that PSVR headset if you haven’t already snapped one up! The game itself will release in English some time in 2017.

Why Final Fantasy XV: Kingsglaive has given me confidence in the upcoming game